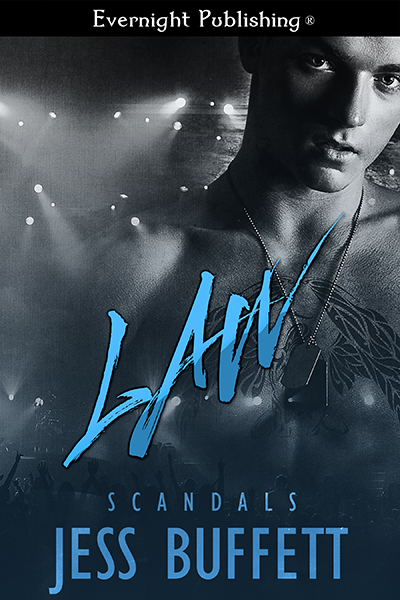 Being in the internationally successful boy-band Right Time had been everything I had ever wanted and more. Well, except for one thing, or should I say one person? But I had long ago acknowledged that I couldn’t have both the life and the person and I should be happy with what I had. That worked until he showed up in my life again. And then nothing made sense.

For years I had pretended I didn’t care. Ignoring my feelings had become second nature to me. That was until my niece begged me to take her to see her favorite boy-band, Right Time, for her birthday, and I came face to face with him. In all fairness, she had no idea the can of worms she’d be opening. And to tell the truth, neither did I.

Byron flushed, glancing down at his niece before he flicked his gaze back to mine. “Ah … yeah, Emma, I do.”

The girl began to ramble while her friends stared on in awe. “How? Why? When did you become so cool?”

“Hey, I’ve always been cool.” I chuckled at Byron’s offended expression, grateful that he was momentarily distracted. The man’s gaze had always left him feeling open and exposed.

“Well, I mean sure, you are the cool Uncle Byron who bought my friends and me these really awesome tickets, but this…”

“But this is like a whole new hemisphere of awesomeness,” another one of the young girls finished, almost breathless in her shock.

I had honestly never felt so self-conscious before that moment. Not because of the girls. As shallow as it sounded, I was used to the lust filled expressions on women’s faces of varying age groups. Byron was another story. I wondered what he must be thinking, of me, of the situation. Even after all these years the man still had it in him to make me second guess myself. A nervous tension I felt only in his presence. It was ridiculous. I was ridiculous. 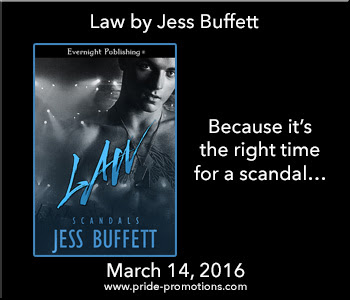 This is the first book I've read by this author, and I'm glad I decided to give this one a go.  Since I haven't read any of her work before, it should go without saying that I haven't read the other books in the Scandals series.  That said, this book does stand alone, and I had no problem following along from that point.

I really liked both Law and Byron-they were both great characters and easily likable, and I loved getting the story from both of their points of view.  The supporting characters were the same, and everybody fit well together.  The story itself moves very quickly, and since it is short novella, things progress very rapidly.  Even so, I did not feel like I was missing out on any major points of the story.

That said, I really would have liked this to be longer.  I wanted more of Law and Byron's backstory from when Law was still in school, and I would have preferred having more development of their relationship once they reconnected.  I think that would have given the story much more depth.

It is solely because of the short length of the story not allowing for a more in-depth exploration of Law and Byron's relationship that I took off a full star and rated this 4 stars instead of 5.  Everything else about the book-rockstar, second chance romance, the characters-it ticked off many of my favorite boxes for an M/M romance.  Recommended for 18+ M/M fans.  Oh, and for the author...please, please, please consider expanding this to a full length novel, I for one would love to hear more!

Jess Buffett was born and raised in New South Wales, Australia. She is a mum of two, married to her high school sweetheart.

Jess is a hopeless romantic who is a huge fan of M/M and M/F romance with a happy ending—anything with hunky men in all their glory, whether they be Shifters, Vampires, Cowboys, or the boy next door.

A caffeine addict who shamefully can’t make a decent cup of coffee to save her life, Jess believes in soul mates, happily ever afters, and in love at first sight, but that sometimes people need a second or a third for the brain to catch up.