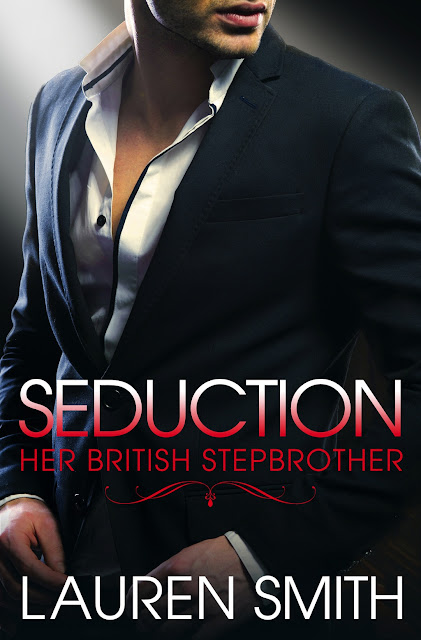 The sequel to FORBIDDEN.

Tristan is a man who knows what he wants. And he wants Kat in his bed. All he has to do is convince her they belong together . . .

Kat knows the connection she and Tristan share is special. Her British bad boy is too much of everything: too hot, too arrogant, too irresistible to stay away from. He's her addiction and one night with him isn't enough.

That's what hurts the most. They can't date, can't be a normal couple, not when their parents are getting married. Because now that she knows he's going to be her stepbrother, no one can ever find out what they've done . . .

Kat had just stepped out of the shower and wrapped a towel around her body when she heard the doorknob rattle.
“Just a minute!” It was probably her dad trying to check on her.
The brass knob rattled again.
“Almost done,” she said as she tucked the towel more firmly about her body, mentally smacking herself for forgetting to pack her long robe.
When she unlocked the door, it flew open instantly. A shirtless Tristan stood there, holding a towel, looking down at her with those hypnotic blue-green eyes.
Her eyes, without approval from her brain, swept down over his body: the sculpted abs, the indentations of his pelvic muscles, and the way his jeans hung low on his hips. Hips she’d held and dug her nails into the other night as he’d pounded into her. Her lower body twisted and clenched with sudden desire at the mere memory of his raw, powerful possession of her. She couldn’t forget the feel of his body, pressing her down, his c*ck filling her until she couldn’t breathe. The way he’d owned every part of her.
Damn. How had she convinced herself that avoiding him was a good idea? Right now she wanted to drop the towel and beg him to take her, damn the consequences.
“Are you finished?” His tone was pleasant. No hint of fire, no branding scorch of his gaze…just politeness. He was doing exactly what she’d asked him to do. Treat her like a stepsister he’d only just met. Before today’s awful revelation of their parents’ engagement, he would have smirked at her, teased, and tried to steal the towel… A pang of longing for the playful part of him swept through her. God, she missed that.
What would it take to win one little smile from him, one that was meant for her, and not tempered by his polite distance.
I asked for this. It didn’t make her feel any better.
“I’m done.” Heat rushed to her face from embarrassment at her inner thoughts. Thankfully he had no idea how conflicted she was feeling right now. Or how her body was reacting to being so close to him and being denied his touch. Like a thirsty woman crawling across a Saharan desert and glimpsing an island oasis only to discover it was a mirage.
He made a low, gruff noise, not exactly a response, but it sent shivers through her. She couldn’t forget the sounds he’d made in bed two nights ago. He’d been half-animal, growling, nipping, showing her a rough side to passion, one she knew she would always crave. Tristan had pierced a dark part of her sexual side, exposing it to the light, and she couldn’t deny that it existed, nor did she want to.
He slid past her, their bodies brushed in the narrow space of the doorway. Heat exploded through her, and she froze, trying to control her reaction to him.
Tristan froze, too, their bodies pressed close. His warm breath fanned her cheeks and his natural masculine scent enveloped her. Memories of their night together came flooding back, no matter how she tried to keep it out.
He lifted his hand to her cheek, pausing a second before he would have touched her. She met his gaze, her breaths shallow as his lips twitched in a ghost of a smile. Then he brushed his knuckles over her skin. Fire rippled in the wake of that “barely there” caress. Every part of her was aware of him and his closeness.
Would it be so hard to keep a relationship between them a secret from their parents? Maybe they could…
“Please…” she begged, unsure of what she really wanted.
“Please, what?” he replied, in that dark, low tone that made her purr inside like a cat in heat. He slowly backed her into the wall next to the shower, closing the door behind him. He placed his hands on either side of her head, caging her in, and lowered his face to hers.
A feather-light, teasing kiss. A nip at her bottom lip. She clenched her thighs together, feeling the rush of wet heat in response to his subtle aggression. How could he affect her like this? His touch, his kiss, sent her body into riotous waves of longing for him.
He nuzzled her neck, licking and nibbling on the sensitive spots that sent electric pulses from her head to her toes.
Kat grabbed his shoulders, digging her fingers into his hot, bare skin. The towel around her body stretched against her breasts as she struggled to control her breathing.
His hands dropped from the wall to her waist, tugging on the folds of the towel that barely covered her.
It would be so easy, he could lift my towel up and f*ck me right here against the wall. Just one more time, we could…
The towel dropped to the floor. 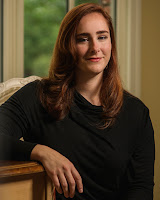 Lauren Smith, winner of the 2014 Historical International Digital Award, attended Oklahoma State University, where she earned a B.A. in both history and political science. Drawn to paintings and museums, Lauren is obsessed with antiques and satisfies her fascination with history by writing and exploring exotic, ancient lands. She is currently an attorney in Tulsa, Oklahoma.
Website | Facebook | Twitter | GoodReads