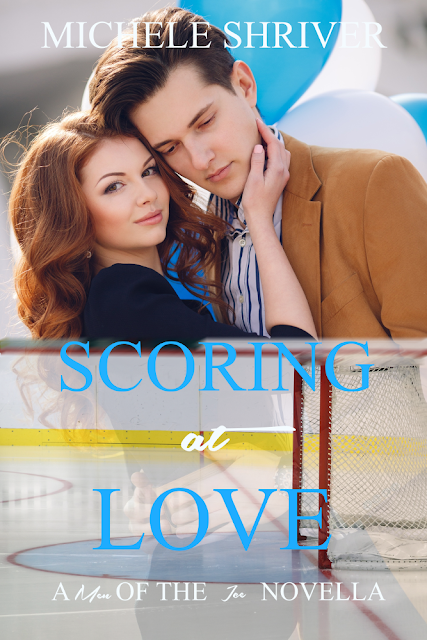 As the starting goaltender for the San Antonio Generals, Becker Lawson tries to fly under the radar, and since most hockey fans are more interested in the players that score, he’s generally allowed that luxury—at least until the Generals’ offseason hockey camps put Beck front and center.

After a difficult divorce, newly single Kendall Myers has every intention of remaining that way—no matter how sexy her son’s new hockey coach might be.

When Beck crosses paths with Kendall, the chemistry is immediately evident, even if she doesn’t want to see it. Can Beck break down her walls and prove that when it comes to love, even goalies can score? 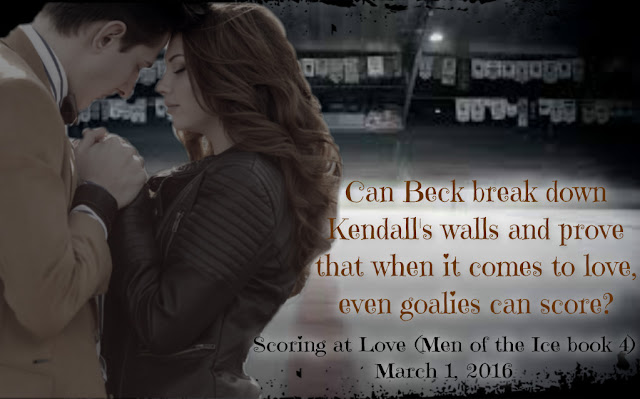 The temperature outside topped the century mark, typical of Texas in June, but the inside of the Alamo Ice Rink was a cool, temperature-controlled fifty-seven degrees. Becker Lawson watched the people filing into the rink and wondered if they were all truly interested in the opening day of the Young Generals hockey camp, or if some of them merely wanted to find a way to beat the San Antonio heat by spending the day in a cool environment. Either way, it appeared that the camp would be well-attended.

There were forty children signed up for the camp, which would allow them to hone their hockey skills with a handful of San Antonio Generals players serving as their coaches. The enrollment numbers for this inaugural camp exceeded everyone’s expectation. Hopefully a few would be budding goaltenders who could benefit from Becker’s tutelage. He knew one of the kids already, a young boy named Bryson Crawford, who was the son of the host family that Becker’s Russian teammate, Nikolai Brantov, had stayed with this season. Bryson had attended a few team practices, so Beck was already familiar with his passion for the sport, and particularly the goalie position.

Beck waited as Meryl Johnson, the director of the camp and the daughter of the Generals’ owner, introduced the coaches and gave them each a chance to tell the kids a little about themselves and the position they played. Finally, after Nik, team captain and star center, Colton Tremblay, right wingers Trevor Collison and Ryder Carrigan, and defenseman Noah Mann had spoken, it was Beck’s turn. Yeah, typical to save the goalie until the very end. It wasn’t the position of glory and glamour. After all, goalies didn’t score, or at least not very often, and too many times they were the goat, shouldering the blame for giving up the goal that might cost their team the game.

Becker first started playing goalie at the age of ten, and never looked back. He couldn’t imagine playing any other position, and he looked forward to teaching his skills to these boys and girls. “Hi there,” he said, taking the microphone from Meryl after she’d introduced him. “I’m Becker Lawson, and I’m the starting goaltender for the Generals. To me, goalie is the most important position on a hockey team. It combines physical skills, mental skills, and emotional skills.” He went on to explain about the importance of each before asking, “How many of you here have played goalie before, or think you might be interested in playing goalie?”

Six hands went up, including Bryson, as expected, and one girl, which pleased Beck. The NWHL had opened up professional hockey to women, and he wanted the sport, and the position, to be inclusive to everyone. “Great. Anyone else?”

There was a boy in the front that caught Beck’s eye. He raised his hand a little ways, then pulled it down, as if he couldn’t make up his mind.

Beck moved closer to him. “What’s your name?”

“Hi, Tristan. You seem a little uncertain, like maybe you’re not sure who want to be a goalie. Do you have any questions for me, maybe help you decide?”

“Oh, no. My mind’s made up,” Tristan said. “I already know I want to play goalie. It’s just my mom…” His voice trailed off as he looked down at the ice.

“Your mom doesn’t want you to?” Beck asked.

“Yeah. She says it’s too dangerous for me.”

A common concern, but not an accurate one. “Is your mom here? Maybe I can talk with her for a minute, change her mind.”

“Could you?” Tristan smiled, revealing a missing front tooth. “That’d be great.” He turned around and pointed. “That’s her over there. First row. Blue sweater.”

Beck’s eyes followed Tristan’s finger to a stunning woman with auburn hair that cascaded to her shoulders in soft waves. She wore jeans, the blue sweater Tristan mentioned, and a black leather jacket. She was, quite simply, one of the most beautiful women Beck had ever seen. She also quite likely married, and thus completely off limits. He could still talk a little hockey with her, though, just nothing else. “Great. Let me go see what I can do, buddy.”

Kendall was glad she’d worn a coat. It might be hotter than Hades outside, but it was plenty chilly inside the rink. Her close friend and fellow hockey mom hadn’t been as smart, and now Lori rubbed her arms as she complained about the cold temperature.

“Hopefully watching all these hot guys in action will warm me up quickly,” she declared.

Kendall raised an eyebrow. “Excuse me? Aren’t you married?”

“Yes,” Lori said. “Married, not dead. I’m still allowed to appreciate a good-looking man, and this hockey team is full of them. Seriously, they ought to make a calendar. I don’t know why they haven’t.”

“Whatever.” Kendall did her best to sound as if she hadn’t even noticed. The last thing she wanted was her friend to get any ideas that one of the players might be a good match for Kendall.

“Yeah, ‘whatever,’ yourself,” Lori chided. “It’s time for you to get back in the game.”

“Can we quit with the sports references, please? Oh, and the divorce has only been final for three weeks.” Kendall wanted a chance to enjoy being single, which sounded good in theory. The reality was all she’d done so far was feel sorry for herself. Even the day the decree was approved by the judge, when Lori showed up at the house with several bottles of high-priced sparkling wine in an attempt to celebrate Kendall’s newfound singlehood, she’d ended up a blubbering mess.

“Yes, but the marriage was over long before that,” her friend said, before softening her tone. “Look, Kendall, I know it stings. Carter was an ass. Actually, Carter is still an ass. But it doesn’t mean all men are. There are plenty of good ones in the world.”

Kendall was about to offer another ‘whatever,’ which had become her new favorite word, when Lori said, “Oh my. Hello. Hottie alert. And he’s coming this way.”

Sure enough, Kendall turned her head and spotted one of the Generals players, whom she recognized as the starting goalie, heading toward them. Lori wasn’t exaggerating. He was definitely hot, with dark hair and piercing brown eyes. 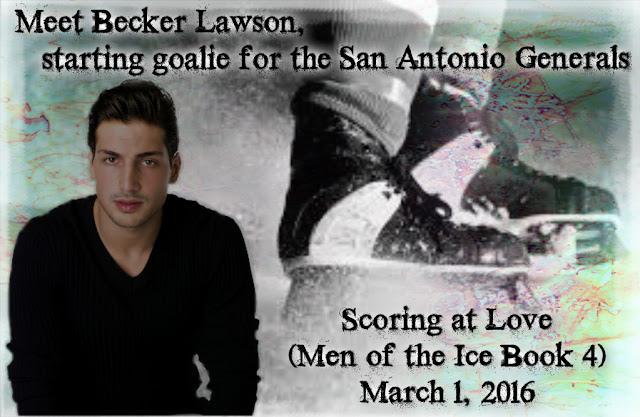 The official website of the San Antonio Generals. The Generals are a fictional NHL expansion franchise based out of San Antonio, Texas and featured in the Men of the Ice series by author Michele Shriver.

The Men of the Ice books are contemporary romance novellas about the Generals players and the women who love them.

More information about the books, as well the team, organization, and news and events can be found on this site.

Visit the official Facebook page of the San Antonio Generals. The Generals are a fictional NHL expansion franchise based out of San Antonio, Texas and featured in the Men of the Ice series by author Michele Shriver.

Register to win a custom San Antonio Generals hockey jersey, worn in the photo shoot for Men of the Ice book 7, and autographed by cover models Jax Turyna and Josh Gil, and author Michele Shriver. All U.S. residents who purchase any book in the Men of the Ice series between February 13- October 31, 2016 are eligible to win. 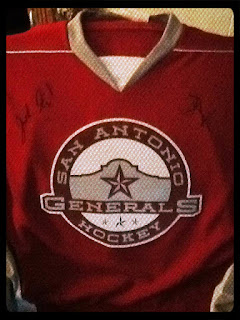 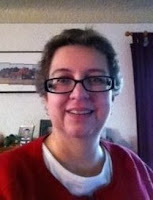 Michele Shriver writes women’s fiction and contemporary romance. Her books feature flawed-but-likeable characters in real-life settings. She’s not afraid to break the rules, but never stops believing in happily ever after. Michele counts among her favorite things a good glass of wine, a hockey game, and a sweet and sexy book boyfriend, not necessarily in that order.