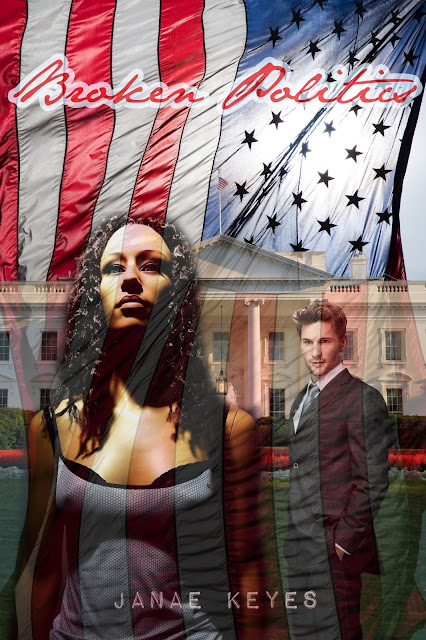 "I didn't quite understand any of this. I wasn't a fan of his. I despised his administration and everything it stood for, but yet I wanted him in the worst way."

Kayla is stuck in a rut writing puff pieces for a magazine that she doesn’t even like and is far from being a political reporter for a publication with actual substance. Until then she writes a political blog that blasts the current administration and their policies. She can feel her big break coming soon when she gets the chance to do a piece on the President.

President Matthew Von Hansen is the youngest president to date and the first single president in the last 130 years. He’s found himself in the seat of power, but with no real power. He wants to make a difference, but that can be hard when being forced to stay within party lines. Matthew is everything that Kayla despises about Washington or so she originally thinks. Sparks fly and love is on the horizon, but can these two find their way around broken politics?

The door to the other room opened and Victor walked out with Matthew behind him. Victor didn’t even acknowledge me before he left the residence. I looked at Matthew who stood there looking pleased with himself. I knew what he’d just done and it pissed me off. I then stood.
“Are you going somewhere?” he asked me at once.
“Yeah I’m leaving.” I said as I picked up my bag.
“Seriously because I just vetoed that bill?” he questioned.
“Exactly you are an asshole.” I spat at him. I wasn’t going to hold my emotions back. He then laughed out loud. I walked to him and pointed my finger in his face. “You know that you just crushed so many hopes and dreams.”
“I did, but they will thank me in the end when this bill is rewritten, but for now it’s been denied.” He said in an overly confident tone.
“God you are just impossible.” I said before I turned around, but he quickly grabbed my arm and spun me to him. His face was right in front of mine. No more than a centimeter kept us apart. I could feel his warm breath on my face and his lips right there.
“But the fact that I’m impossible makes you like me more, admit it.” He said in barely a whisper his lips brushing against mine. I didn’t want to say anything.
“Not admitting anything.” I hissed feeling his hand let go of my arm, but instantly now on my waist. He slowly pulled my body just closer with his hand firmly on my waist.
“I’ve been trying to keep my distance from you. You piss me off, but I can’t help, but like it.” He said. I bit my lip slightly. He smirked at me. I took a shallow breath and before I could finish letting my breath go he crushed his lips to mine.

Janae was born and raised in the California Bay Area. She grew up a very creative only child and has been writing for as long as she can remember. When Janae isn't chasing around her active toddler she is working on ideas and working to improve her craft. Janae is currently living in a suburb of Brussels, Belgium with her husband and daughter.
Website | Facebook | GoodReads | Twitter