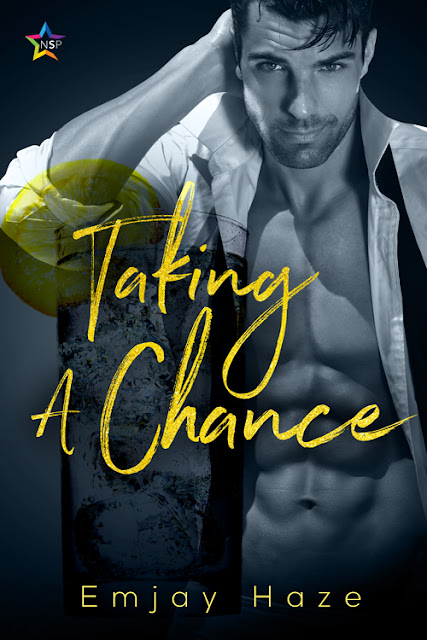 Recent college graduate, Ethan Moore, flies to San Francisco for a job interview with an advertising firm. That evening, he goes to a gay club where meets a gorgeous man who seduces him, but leaves his hotel room in the morning with only a note. A few weeks later, Ethan begins his new job and discovers that the man he slept with is his boss, Chance Harlow. He's fallen for the playboy, but wants to keep their relationship strictly professional. His efforts fail miserably as Ethan keeps succumbing to Chance’s advances.

Ethan is selected to accompany Chance to Bali for a huge account. He will be spending ten days at a luxurious resort with the man he's fallen in love with. Chance has made his intentions known, and he won't pressure him, but if Ethan doesn't want him, there are plenty of men who will. Ethan struggles with this until one evening they are in the hot tub with two hot swingers who want to play. He flees after watching Chance make out with one of the men. Will Ethan finally give in to the playboy, or did his actions lose him the man he loves?

Ethan watched as a gorgeous man with inky black hair wearing what appeared to be a dressy suit entered the club. As he came closer, Ethan realized the pants and jacket were leather-skin hugging, form revealing, black leather. His gaze moved up the man’s long, sexy legs, landing on his crotch. Cheeks heated, Ethan looked away.

When he turned back, the gorgeous man was no longer in view, so Ethan returned his attention to the dancing. He couldn’t expect someone that hot to notice him.

Ethan watched the couple plastered together in a slow dance like they were the only two people in the room and felt a little envious. When would he have a boyfriend? Maybe if he got the job and moved here? The pool of gay men was definitely larger than his hometown. He’d all but forgotten the sexy leather-clad stranger when he felt someone slide into the seat beside him. “Can I buy you a drink?”

Ethan started to say no, but he turned toward the voice. Oh, f*ck. It was that guy. Ethan stared him up and down. With his lips slightly parted, he gulped as his gaze moved from the guy’s face down to the outline of his crotch, which was very well endowed. Seconds passed as Ethan’s gaze drifted up to a more appropriate location. The stranger had tanned skin and crystal-blue eyes. Ethan wondered if they were contacts, but didn’t notice any outline in the irises. He’d never seen eyes so blue. Making a quick decision, he said, “Um-sure, I’ll have a-”

“Vodka tonic with a twist?” the hunk interrupted, handing Ethan a glass while a little smirk formed at the edge of his mouth.

Ethan tilted his head and squinted his eyes. “How did you…?”

“Lucky guess,” the man offered, his eyes twinkling. Ethan saw him turn and look at the bartender, who smiled, shaking his head before turning away.

Ethan looked back at the sexy man. Was it getting hot in here? If he still had on his tie from earlier today, he’d have loosened it. Then the velvet voice spoke again. “How long have you been here?”

“Just a couple of days. I’m staying at a hotel and-”

“No, babe.” The man let out a throaty chuckle. “I meant how long have you been sitting in here all alone?” He placed his hand over Ethan’s, his fingers stroking his skin, warming the area with his touch. Ethan thought he might pass out-or was he dreaming?

“Oh.” Ethan’s face heated as he looked away, certain he’d just turned three shades of red. “Not long.” He couldn’t believe this guy was paying attention to him. What the hell was he supposed to do now? Ethan was completely out of his league.

Sexy? God, the way the man looked at him while he said that word. Ethan felt sexy-and naked. “Ethan Mo-”

“As in take a chance.” Chance winked. “Care to join me?” He motioned toward the tables by the dance floor.

Ethan nodded as Chance reached for his hand and tugged him off the stool, his feet wobbling as they hit the floor. He followed the man still holding his hand. This is what you were looking for, remember? Ethan reminded himself, feeling self-conscious as he glanced around the room. From couples dancing, to groups drinking and conversing, the place buzzed with energy. Ethan wanted to be a part of this.

As Chance led Ethan to an empty table in the center of the room, which Ethan thought was strange since every other one was occupied, his nerves took over again. What was he doing here with a stranger? But, as he looked around, no one seemed to care about that. Relax.

Chance pulled out a chair for Ethan like a proper gentleman, then slipped into the seat next to him and took his hand again. Chance liked to touch, Ethan realized. They sipped their cocktails and made harmless small talk. Ethan confessed his favorite artist was Katy Perry, so when “I Kissed a Girl” blared from the speakers, Chance grabbed Ethan’s hand again. “Come on. Let’s see what you can do.”

Ethan couldn’t do anything. Yet he followed the man, holding his hand until they stopped in the middle of the floor, and Chance wrapped his arms around him, pulling him close. Ethan shivered.

“Have you ever kissed a girl, Ethan?” Chance asked in a voice that could melt butter.

He shook his head, staring at Chance, wanting to kiss him. He didn’t, but Chance must have noticed, because he licked his lips and stared directly into Ethan’s soul.


Emjay Haze is a pen name for a wife, mother, and writer of gay romance. She resides in Northern Virginia with her husband, two teenagers, a new puppy, cat, gecko, and several fish. She always loved writing and fell in love with the genre seven years ago after discovering the world of fanfiction. She went back to school to pursue a Bachelor’s Degree in Creative Writing from SNHU where she graduated in April, 2015, with a renewed desire of making her dreams of becoming a published author come true.

She has a wide and diverse work history in the fields of travel, hotel management, high-tech communications, web development, real estate, and the nonprofit health care industry where she has held positions such as travel agent, hotel concierge, web programmer, Realtor, account manager, and many, many others, giving her a varied and unique set of experiences that she draws upon in her stories and characters. Her interests include music and pop culture, and she is an advocate for the LGBT community.

Her stories delve into all types of romantic relationships, regardless of sexuality, with a focus on first times and new encounters in a lighthearted style with a goal to gain a diverse readership and broaden the minds of those who might not normally pick up an LGBTQ romance because it’s more about the person than the sexuality. She’ll take you on a roller-coaster journey, but you’ll always get a happy ending.

Save
Posted by Making it Happen at 5:30 AM