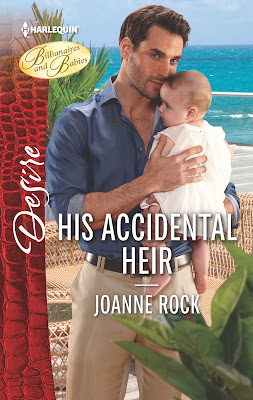 The Boss’s Baby Bargain
When resort developer Cameron McNeill goes undercover to root out problems at his prized island property, his first discovery is the irresistible concierge, Maresa Delphine. Her business smarts are vital to his mission. But the struggling single mom could help with his personal mission, too: fulfilling the marriage terms of his grandfather’s will.
Maresa is overwhelmed caring for her infant niece and tending to the demands of the resort’s sexy mystery guest. When he reveals himself as the owner, she’s thrown for a loop. But when he proposes…can she resist his brand of trouble in paradise?

She appreciated the cooler breeze on her overheated skin, and the light mist of rain blowing in with it. Only now did she realize the strap of her sundress had fallen off one shoulder, the bodice slipping precariously down on one side. Before she could reach for it, however, Cameron slid a finger under the errant strap and lifted it into place.
Her skin hummed with pleasure where he touched her.
“Sorry.” He slid his hand away fast. “The bare shoulder was…” He shook his head. “I get distracted around you, Maresa. More than I should when I know you want to keep things professional.”
The room was mostly dark, except for a glow from the last light of day combined with a golden halo around a wall sconce near the bathroom. He must have turned that on when he’d entered the master suite and found her sleeping.
Dreaming.
“What about you?” Her voice carried the sultriness of sleep. Or maybe it was the sound of desire from her sexy imaginings. Even now, she could swear she remembered the feel of his strong thigh between hers, his chest pressed to aching breasts. “I can’t be the only one who wants to keep some professional objectivity.”
She slid her feet to the floor, needing to restore some equilibrium with him. Some distance. They sat on opposite sides of the chaise longue, the gathering storm stirring electricity in the air.
“Honestly?” A flash of lightning illuminated his face in full color for a moment before returning them to black-and-white. “I would rather abdicate my role as boss where you’re concerned, Maresa. Let my brother Quinn make any decisions that involve you or Rafe. My professional judgment is already seriously compromised.”
She breathed in the salty, charged air. Her hair blew silky caresses along her cheek. The gathering damp sat on her skin and she knew he must feel it, too. She was seized with the urge to lean across the chaise and lick him to find out for sure. If she could choose her spot, she’d pick the place just below his steely jaw.
“I don’t understand.” She shook her head, not following what he was saying. She was still half in dreamland, her whole body conspiring against logic and reason. Rebelling against all her workplace ethics. “We haven’t done anything wrong.”
Much. They’d talked about a kiss. But there hadn’t been one.
His eyes swept her body with unmistakable want.
“Not yet. But I think you know how much I want to.” He didn’t touch her. He didn’t need to.
Her skin was on fire just thinking about it.
“What would your brother think of me if he knew we…” Images of her body twined together with this incredibly sexy man threatened to steal the last of her defenses. “How could he be impartial?”
Another flash of lightning revealed Cam in all his masculine deliciousness. His shirt was open at the collar, just the way it had been in her dream. Except now, his shirt was damp with raindrops, making the pale cotton cling like a second skin.
Cameron watched her steadily, his intense gaze as stirring as any caress. “You know the way you have faith in your brother’s good heart and good intentions? No matter what?”
She nodded. “Without question.”
“That’s how I feel about Quinn’s ability to be fair. He can tick me off sometimes, but he is the most levelheaded, just person I know.”
She weighed what he was saying. Thought about what it meant. “And you’re suggesting that if we acted on this attraction…you’d step out of the picture. Your brother becomes my boss, not you.”
“Exactly.” Cameron’s assurance came along with a roll of ominous thunder that rumbled right through the villa.
Right through her feet where they touched the floor.
Maresa felt as if she were standing at the edge of a giant cliff, deciding whether or not to jump. Making that leap would be terrifying. But turning away from the tantalizing possibilities—the lure of the moment—was no longer an option. Even before she’d fallen asleep, she’d known that her window for selfish pleasures was closing fast if Isla proved to be Rafe’s daughter and Maresa’s responsibility.
How could she deny herself this night?
“Yes.” She hurled herself into the unknown and hoped for the best. “I know that you’re leaving soon, and I’m okay with that. But for tonight, if we could be just a man and a woman…” The simple words sent a shiver of longing through her.
Even in the dim light, she could see his blue eyes flare hotter, like the gas fireplace in the Antilles Suite when you turned up the thermostat.
“You have no idea how much I was hoping you’d say that.” His words took on a ragged edge as his hands slid around her waist. He drew her closer.
Crushed her lips to his. 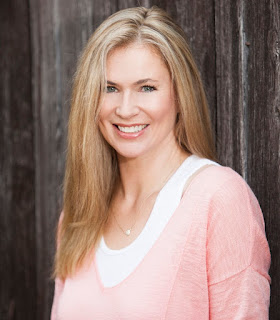 Four-time RITA nominee Joanne Rock has never met a romance sub-genre she didn't like. The author of over eighty books enjoys writing a wide range of stories, most recently focusing on sexy contemporaries and small town family sagas. An optimist by nature and perpetual seeker of silver linings, Joanne finds romance fits her life outlook perfectly--love is worth fighting for. A frequent speaker at regional and national writing conferences she enjoys giving back to the writing community that nurtured and inspired her early career. She has a Masters degree in Literature from the University of Louisville but credits her fiction writing skills to her intensive study with friend and fellow author Catherine Mann. When she's not writing, Joanne enjoys travel, especially to see her favorite sports teams play with her former sports editor husband and three athletic-minded sons.