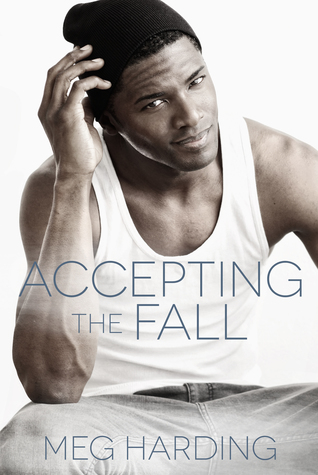 Confronting the past is never easy.

Cole Whitaker is happy. He has the job and boyfriend he always wanted. His heart's in no danger of being broken, and he can't ask for more from life. As a kindergarten teacher, he sees it all; however, one troublesome student has him reaching out to the parent, wanting to help. There's something about Savanah that tugs at his heartstrings.

He never expected her father.

Zander Brooks hasn't had an easy life, and he's made some mistakes. Freshly retired from the military and working as a firefighter, Zander thought he'd left Cole in the rearview mirror. He's not expecting him to appear in St. Petersburg, Florida, of all places, teaching his daughter's kindergarten class. Suddenly, his biggest mistake is being shoved in his face.

This is Zander's chance to close a door he'd never fully shut, but time with his former flame might change his mind.

Yeah, I’m always a sucker for a second chance romance, so you know this one intrigued me from the start.  Older and wiser should equate to things going better the second time around, right?  In this case, definitely right—to the surprise of both of the main characters it seems.

Zander hurt Cole so many years ago, ostensibly to keep himself from being hurt…though Cole didn’t know that.  So running into each other now is the very definition of awkward for both of them, but they’re going to have to figure out how to make it work with Zander’s daughter being in Cole’s class.  Neither man has forgotten how much they each felt for each other that first time around, and Cole throws up his barriers to protect himself while Zander thinks a hookup with Cole will get him out of his system.

While this general situation can be found in many second chance romances, the author does a good job of making this story unique in its own right with the circumstances surrounding Zander’s daughter coming to live with him, as well as with Cole’s interesting menagerie at home.  There’s no denying the two are still attracted to each other, and it is obvious as a reader that all those feelings from long ago are still right there waiting to take off again—with the life experience now backing both men to up the intensity and understanding.

Adding to the angst of the story is Zander trying to find his way parenting his daughter—someone he feels woefully ill-equipped to handle.  Savanah sure is a force to be reckoned with, and this part of the story adds some nice depth and emotion, both for Zander and Savanah.

I found Accepting the Fall to be an enjoyable read, and I really liked Cole and Zander…but especially Cole with his giving heart always wanting to help others.  This story was a solid 4-star read for me, and it’s a good choice for all the M/M second chance romance fans out there.  This book relies heavily on the relationship building and growth, with the physical scenes being used more as an accent to the rest of the drama, tension and Cole and Zander finding their way together again.  But those physical scenes do peek out a bit now and then (primarily much later in the story), so this is still a book for readers 18+ for adult language and M/M sexual content.

Meg Harding is a graduate of UCF, and recently completed a masters program for Publishing in the UK. For as long as she can remember, writing has always been her passion, but she had an inability to ever actually finish anything. She's immensely happy that her inability has fled and looks forward to where her mind will take her next. She's a sucker for happy endings, the beach, and superheroes. In her dream life she owns a wildlife conservation and is surrounded by puppies. She's a film buff, voracious reader, and a massive geek.