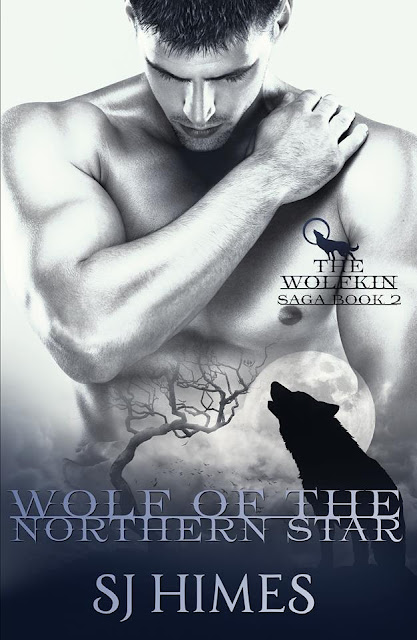 Ghost, once known as the cub Luca, is finally home. Back among his kind and learning what it means to be both a man and a shaman, Ghost battles the expectations of his people, his family, and the pressures of a society that is both foreign and familiar. His power is greater than any seen before, dwarfing that of even the legendary Shaman Gray Shadow—and his union with Kane places him in the center of a controversy that rattles wolfkin society around the world.

Kane, greater alpha and Heir to Black Pine Clan, has finally defeated the traitor and murderer that destroyed the heart of Black Pine years before. Freed at last from guilt and pain, Kane has a new enemy to face: his own people. Placed on trial for violation of Law and blasphemy, Kane will have to fight to the death to preserve his bond with Ghost and keep his mate and people safe.

The soulbond between Ghost and Kane is forged by the creator and Goddess of the wolfkin. Usually, a sacred and treasured union that honors the pair and their clans, this soulbond is seen not as a gift, but a threat to eons of tradition and Clan Law.

The union of a Shaman and Alpha is anathema—but how to reconcile that belief when it is the wolfkin Goddess who forged it? Can Ghost and Kane save themselves, preserve their bond, and find a new future when the laws of the ancient past threaten to tear them apart?

*This book is part of a series and should not be read as a standalone. Prior books should be read to understand content. 104,000 words*

Find The Wolfkin Saga on Goodreads


The warehouse stank, an acrid miasma of fear, pain, and death that filled his nose and made his teeth hurt. Wren pulled his blankets higher around his shoulders, wishing he had clothing to wear, but the guards took his clothes from him the night he was thrown in his cage. He couldn’t remember when that was, or how long ago. He had no concept of time—the nights and days were all cold and dark, damp seeping into his bones. He shivered, curling in tighter.
Footsteps came down the long aisle between the cages. His was at the very end, next to the area where the surgeons did their bloody work, only a thin plastic curtain blocking off most of the gruesome activity. Boots rang out on the concrete floor, and he hid his face and eyes, doing all he could not to draw attention to himself.
There was no sky to see and nothing but shadows, echoing corners, and the sound of water dripping.
And screams.
The screaming never really stopped. It came and went in waves, but there was always some sound of pain and fear that reached his ears. Sometimes he thought he would carry the sound for the rest of his miserable life, ever present and haunting. Even now an unfortunate soul somewhere down the line of cages was crying softly, begging to a deity he had never heard of— someone called the Great Mother. He didn’t know what religion that was, but like every god he’d ever heard of, there was no answer to desperate prayers.
He risked taking a quick peek out from beneath his arm, and quickly hid again when he saw a pair of shiny leather shoes walking past his cage.
“Any progress? You’ve had weeks now to correct the procedure.” That was the voice that haunted his nightmares. It was the voice he heard when he was first dragged into the dark and stripped of his identity. The voice that called him an experiment and a failure and yet never got around to throwing him away. Maybe that was the point. He was here for amusement, for them to hurt, and was still trash.
He had a name once. A place he called home. A mother he never remembered, but he remembered his father. Or the man who adopted him, gave him a name, a place to stay. A toddler with no one to love him, he’d clung to the man he came to call father. Even if he was learning that Dr. Harmon was never really his father, but the man who made him in a lab. He was something impossible.
A monster. Child of wolf and man.
The longer he spent in his cage, the more certain he was that he had been here before, or a place very like it. When memories and nightmares collided, fitting together like two separate puzzle pieces, he was struck by a sickening sense of familiarity and déjà vu. It was hard to tell what was real and what wasn’t. He couldn’t tell if his very first memory of a lab similar to this one was real or not. The brief experiment that was his life began in a cage and was going to end in a cage.


The butchers who call themselves surgeons and scientists were speaking with the man who walked in his nightmares. They discussed what they did like they were normal everyday things, like budget meetings and chatting around a water cooler. Instead they discussed dissecting living creatures and splicing genes. 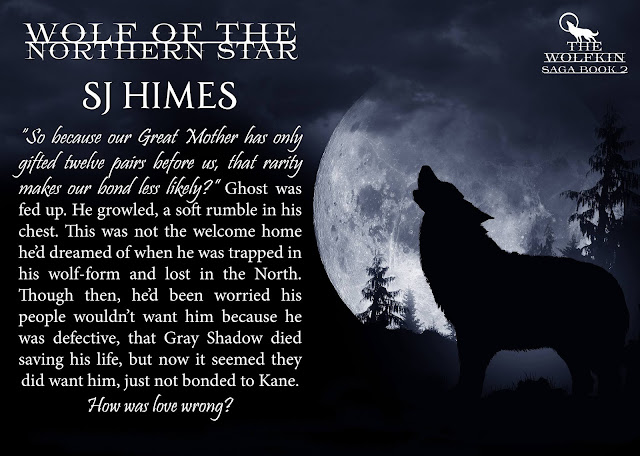 An ancient civilization long hidden from humanity is on the brink of chaos and war.

Peaceful for thousands of years, the wolfkin clans are mysteriously losing packmates, kidnapped and killed by unknown foes. Among the dead is Luca, youngest grandson of the two most powerful wolves in the Northern Clans, but he is forced into a half-life, hidden in the far northern wilds of Canada and cut off from his kind. Those who raised him have no idea the creature they harbor in their midst, and name him Ghost. He begins to lose himself over the long years, and though he barely recalls his true name, the one wolf he never forgets is Kane.

Heir to the wolfkin clan Black Pine, Kane is charged with hunting down the traitors who them to the humans. Years fly by, and more wolves are dying. He refuses to give up, and he vows to never again fail another of their kind, as he failed young Luca years before. His heart tells him Luca lives, but his mind tells him that it’s foolish hope, his guilt eating him alive.

Fate and magic change the course of their lives, and the two wolves long separated by the years find their paths intertwining, though the reunion does not come without cost...