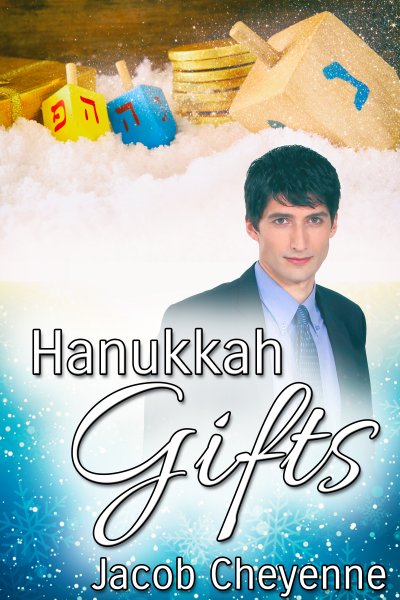 Twenty-five year old TV producer Jared Greenfield loves his New York City life-his trendy neighborhood, high-profile job, and window-shopping for high fashion on Fifth Avenue-along with a whole city of available men. But even with all the fun of big city life, he feels a longing for something-or someone-more. Going through the motions takes him uptown on December night, where, on the first night of Hanukkah, he spots a handsome, sweaty, player on the basketball court of the Jewish Community Center.

Tall, dark, and Orthodox, the young and athletic Shai Goodhart strikes up an easy friendship with Jared, only to discover that Jared has very little appreciation for his own Jewish heritage and religion. Determined to enlighten this "Bad Jew", Shai invites him over for a family Hanukkah celebration to remember. But Jared's easy fascination ends when he discovers that Shai has a house full of tangled secrets that threatens their romance before it even begins. Both young men feel they can help one another, but over the eight days of Hanukkah, deeper emotions propel them closer and closer. Can they ever reach across the divide of their shared culture and fall in love?

There's not a lot of holiday romances out there that are Hanukkah stories, ever fewer that are M/M romance.  That's one of the things that drew me to this story, and it not only tells a sweet romance tale, it also gives a glimpse into the more restrictive life of Orthodox Judaism that most people don't see or understand.

I really liked seeing the interaction between Jared and Shai.  While Jared is Jewish, he's pretty lapsed and really not a believer at all.  The restrictions Shai lives with are baffling to him, and to be honest I thought Jared did not show enough respect to Shai's beliefs.  It's hard enough for Shai to deal with his feelings for another man when everything he's ever known and been taught is in direct contrast with those feelings, so Jared's attitude is a bit unfair, even if he doesn't agree with Shai's beliefs.

Seeing Shai open up and accept who he is and his feelings was immensely satisfying, even if it did feel like Jared was pushing him at time.  The two did seem to fall rather quickly for each other, and while it might be due to the length of the story it just felt to me like it was too fast given how little the two really knew about each other.

Hanukkah Gifts was a 3.5-star read for me.  That would probably have been higher if there would have been more resolution between Jared and Shai, maybe an epilogue showing us where the two of them are later on in their budding relationship.  I'm hoping that we might get another story with them, with this one acting more like a prequel (please?). 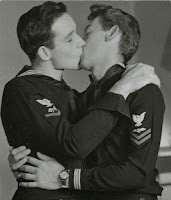 Jacob Cheyenne is an author of M/M Romantic Fiction. His characters and stories are often inspired by real historical events, figures and scenes from classical art, or from old black and white portraits he collects in antique stores. His debut novella ìHanukkah Giftsî focuses on the turmoil between two young Jewish men with very different ideas about how to reconcile their faith and sexuality.

When not writing, the author loves swimming, hearing live music, reading fat books on empty beaches, and drinking anything coconut-flavored. When not traveling, he lives and works in the bustling heart of New York City.