*Previously Published as part of Home For The Holidays, A M/M Holiday Anthology, Nov. 29th, 2015.*

Haunted by his years at war, Boston paramedic Gael Dominic spends his time saving other people’s lives. An empty house, a single friend, and living at work, Gael is not content with his existence, but he’s close. Gael was expecting his overnight shift on Thanksgiving to be the same as always—manic crowds, heart attacks...until catastrophe strikes, and Boston’s streets run with blood.

On the run from an abusive and politically powerful father, Silas has been on the cold, mean streets of Boston for days, injured, hungry and alone. When he wakes up in the middle of a nightmare, he expects to die in the same alley he was calling home.

Brought together by tragedy, Silas and Gael can’t resist their attraction. Gael may have saved Silas, but it’s his alleyway angel who brings Gael back to life.

As Christmas approaches, Silas and Gael learn how to love, despite their pasts. And as Silas' past closes in, Gael learns the greatest gift he could ever give isn't something bought in a store, but freely given from the heart.

There were a lot of things he was doing he never expected. Standing in a cold, damp, smelly excuse of an alley hiding from his father’s henchmen so he wasn’t dragged back into Hell kicking and screaming wasn’t in his plans a week ago. Or was it longer than that?

He leaned on the wall, shivering. Arms wrapped tight around his torso, Silas closed his eyes, shoulders drooping. He was so tired.

The roar of a large engine echoed down the alley, and Silas opened his eyes, stilling as he listened. It was hard to tell from which end of the alley it was coming from, and he didn’t want to end up walking into their open arms if it was his father’s men. The sound grew louder in the direction he’d come, and Silas winced as he pushed off from the wall, feet sinking to the ankle in the icy cold puddles as he went further away from the source.

It was Thanksgiving night. Everyone else was at home, eating until they wanted to burst, watching football, and arguing with loved ones. He was hiding on the back streets of Boston, beaten, sore, and colder than he’d ever been in his life, and he was being hunted like an animal.

All because he was caught kissing a guy.


GIVEAWAY: Win a paperback OR audiobook of Saving Silas 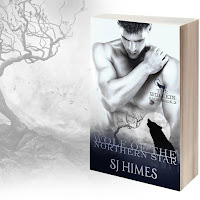 I’m a thirty something bisexual cisgendered woman with way too big an imagination, but that comes in handy when I’m writing. I have been writing since I was a child, when I took a four page assignment on what I was going to do on summer vacation and turned it into a 100 page fantasy epic all written by hand…in crayons. No joke.

I work a day job, but I can’t share for who, since the Old Man isn’t as liberated as the people who read my books. I’m married, I have furbabies, and I live with loved ones. I adore a certain show about a British consulting detective and his grumpy army doctor, and that spawned an addiction to Johnlock fanfiction, which then evolved into me writing it. Gawd, that’s embarrassing. Put this down in the TMI section of my Bio, okay? I enjoy martial arts, movies where things blow up, and I wish I lived in a Marvel movie.

I live in the beautiful and lonely Berkshire County in Massachusetts, and I see way more wildlife than I care to on a daily basis (bears!). My perfect day is reading surrounded by friends and family who don’t think it’s odd I want to hang out but not talk, and my favorite scent of all time is a cool fall evening with leaves burning….less a scent, and more of an experience.

My writing is focused on gay and lesbian people, who are more than interesting side characters that hang out with the heterosexual MCs. My wish for the future is that when people ask me what I do for a living, I can say, “I write gay romance,” and NOT get weird looks.

My alter ego is Revella Hawthorne, and I'm writing the Bred For Love series under that name.