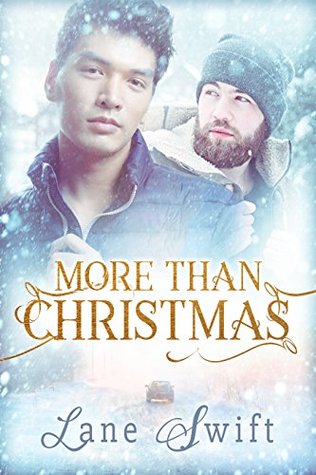 Keeping life simple can be a complicated business.

High-flying young British executive, Nick Harris, knows exactly what he wants out of his two-year American assignment—a bigger salary, a promotion and some no-strings fun. How convenient then, that his gorgeous hunk of a next door neighbour, Dale Hepburn, is friendly, single and bisexual?

But Dale has had his fill of casual and he’s holding out for love that will last. Knowing that Nick’s stay in America is temporary, he welcomes him into his life as a friend; they train together in his garage gym, hang out and watch television, and dress up for the neighbourhood kids at Halloween.

Then the first snow falls, and with Christmas approaching and temperatures plummeting, Nick finds he increasingly yearns for the warmth of Dale’s arms—only he’s worried that pushing Dale for more heat in their relationship will land him outside in the cold.

Nick’s long-term future in America may not be certain, but if he wants a future with Dale, he must find a way to persuade him they can be more than Christmas.

A heartwarming romance with a satisfying HFN
~32,000 words

EXCERPT
The weather was still warm. I stretched, scratched, and ambled downstairs in my boxers. Sleepy-eyed, and stiff-necked from too many hours in the car, I shuffled into the kitchen, heading straight for the kettle. I hadn’t shut the blinds across the patio doors the night before, and through them I had a crystal-clear view. The lawnmower I’d heard was in my garden, and Dale was pushing it.

He hadn’t seen me. He was almost at the back fence, about to turn. I could have gone upstairs and put on some clothes before I introduced myself, but I’m not shy, and this was my turf, so to speak. After scrubbing my face with my hands, I slid open the patio door, walked onto the deck and, hands on hips, waited for Dale to notice me.

The second he did, the buzz of the lawnmower withered and died, along with his fierce expression of concentration. His jaw dropped. He looked away, and lifted his hand, like he was trying to shield his eyes from the sight of me in my undies. He seemed so shocked, that I looked down to see if my d*ck was hanging out. (It has been known to happen, once or twice; though that’s another story.)

‘I didn’t think you were home,’ he said to the back of his hand. ‘I knocked but there was no answer.’

‘I got back late last night. I was knackered—must have slept through it.’

The temperature was cooler than it looked from inside the house. My nipples tightened. But that was the chill air, and had nothing to do with Dale in a white T-shirt tight enough that I could see the outline of his nipples and the shape of his pecs through the fabric.

‘Nah.’ He already looked guilty and embarrassed enough; to add to it would have been cruel. ‘Can I get you a drink?’

‘Ah, yeah. Sure.’ Dale clutched at the back of his neck and his ample bicep bulged. He had quite a grip. ‘I’ll have whatever you’re having.’

‘That would be tea. With milk.’

For a moment, it looked like the beginnings of a smile played at the corners of his mouth. I wasn’t sure. His face was still partially turned away from me.

He must have known I had ice. The refrigerator he’d installed in the kitchen had a water and ice dispenser. I must have really flustered him. Who’d have guessed my five-foot-nine of fairly average could be that disarming? 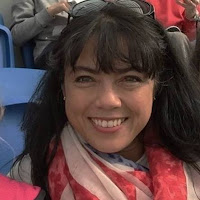 Lane Swift is a fiction writer, mainly of contemporary romance, sometimes featuring a mild dash of paranormal.
She lives in Hampshire, England, between the sea and the South Downs, with her husband, two children, and two guinea pigs. She can often be found running the roads and trails in her local area, or at her beach hut, imbibing coffee and dreaming up happy-ever-afters for her heroes and heroines.
Over the years, she’s worked as a waitress, a lab technician, a science teacher, and a telecommunications consultant. She’s also played rugby, climbed one mountain, and run one marathon, but has never managed to learn how to whistle.