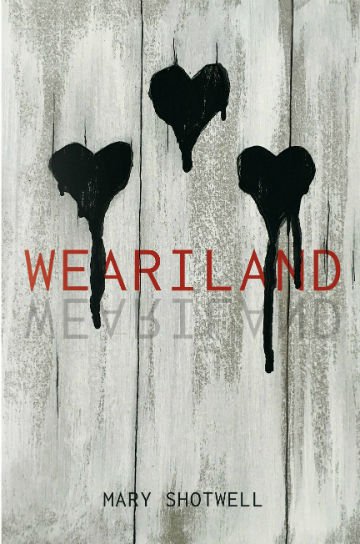 For fifteen-year-old Lason Davies, it all started with a text.

Lason is haunted by the last words of her murdered relative as she and her mother fly to England for the funeral. The crime is a sensation, but the clamoring reporters and news photographers aren’t the only ones interested in their arrival.

As Lason copes with the family loss, she encounters a mysterious stranger. He hails from Weariland, a dreary world once known as Wonderland. Lason wants to confide in her mother, whose long-repressed family demons have resurfaced, along with her erratic behavior. Convinced she’ll find answers about her grandmother’s death, Lason takes the leap to help the stranger, leaving her world behind.

Lason’s mother wakes to find her biggest fear realized—Lason is missing. When the murder investigation turns up traces of unknown black goo and pictures of a giant creature, she believes in her gut something out of the ordinary truly is happening. And it’s not the first time a loved one has disappeared.

As her mother confronts the past she so desperately tried to forget, Lason must navigate through an unpredictable realm, encountering colorful, fantastical characters and discovering her family’s elusive history. Ultimately, she must rely on her courage to brave it alone when her guide is captured, along with her only chance to ever getting home.


Author Mary Shotwell shares with us an interview about her main character, Lason!

Todd Wyman’s hair refused to budge on his stiff head as he continued to the next story.
“New insights tonight on the local girl that has received much attention the past few months. In July of this year, Ms. Davies was said to be missing after arriving at her grandmother’s funeral overseas. Upon her return, authorities denied foul play and have dismissed media pressure to release information on the case. Donna Fareel is at the football game tonight, checking in on what fellow students have to say about their classmate, Lason Davies.”
“Thank you, Todd,” Donna said. “I’m here with three game attendees, Chad, Amber, and Hudson. Tell us a little bit about yourselves. How do you know Lason?”
She stuffed the microphone at the sandy haired kid’s chin. “I’m in a few of her classes,” said Chad.
Donna passed the microphone to the others like she was whacking moles.
“I’m in three of her classes,” said Amber. “She was my neighbor when I was little until we moved to the nicer side of town.” Amber flipped her hair behind her shoulder.
“And you, Hudson?”
“We’re in most classes together. And I live up the street from her.” Hudson’s eyes quickly glanced at Amber before returning to the camera.
“What kind of person would you say she is?”
Again, Chad had the mike. “She’s quiet. She’s smart but doesn’t really have many friends.”
“I’ve never heard her say anything mean about anyone,” said Hudson.
“You know she’s thinking it though,” Amber fought for the mike. “She’s the type of person who plots in her head. You can just tell. She’s turning her nose up on everyone, like she’s better than everyone else.”
Hudson’s voice could be heard in the background. “How do you get that—”
Amber turned defensive. “Why do you think she doesn’t have friends? Girls sense these things.”
Donna pulled the microphone from Amber’s reach and moved on. “Has she discussed her whereabouts during her trip to England this past summer? Let’s start with you, Hudson.”
“Not to me. I mean, I noticed her house was quiet for a week or two in July, but other than that—”
Amber interrupted. “You live, like, six houses up from her. How would you know that?”
Hudson’s face reddened before Donna swung the microphone to Chad, with the camera following.
“Nope. Not really. I mean, there are rumors what happened.”
Amber reached for the microphone, her hand wrapped around Donna’s. “I heard she was kidnapped, but I think she ran away.”
Donna pressed on. “Why do you say that?”
The camera focused on Amber. “Because anyone with a mom like hers would run away. The woman never let her play outside with the rest of us, and we just knew strange things went on in that house.”
“What type of strange things?” Donna asked off-camera.
“You don’t know what you’re talking about,” Hudson said.
“There’s a reason why rumors get started, that’s all,” said Amber.
“Because of people like you,” Hudson got out before Donna took back control and signed off.

Lason turned off the television. She didn’t know why she kept putting herself through media torture. Although it was amusing to see Amber make a fool of herself. And see Hudson sticking up for her.
Lason brushed off the interview and walked to her bed. If only the public knew what she knew. There would be chaos. She smiled as she sat on her bed, and opened the thick book with the spade on the cover. 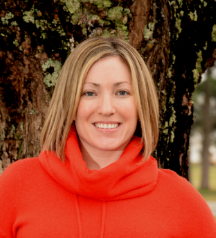 As an avid reader, Mary always fantasized about writing a book. Throughout her childhood in northeast Ohio she wrote poems and short stories as a hobby, but ignored the calling of writing to pursue a career in science. She studied dolphin behavior in North Carolina and estimated great white shark populations while living in Cape Town, South Africa. She earned her Ph.D. in Biostatistics in Charleston, South Carolina, winning several regional and national outstanding student paper and presentation awards. It was during the arduous, laborious, grueling, “she- didn’t-know-she-could-learn-to-dislike-science-so-much” dissertation process when she had the idea to write a book. And the calling could not be suppressed.

With Alice and the crazy characters from Wonderland staring her down from her bedroom poster, Mary envisioned what that fantasy realm would look like in current day. She worked on the story to escape from technical writing, wedding planning, pregnancy, house hunting, and job searching. She hoped to have a book in the end for her teenage nieces to enjoy. With their enthusiasm, and support of friends and family, Mary was encouraged to publish the book for a wider audience to enjoy.

Mary is excited to debut Weariland (Merge Publishing, 2016), a Young Adult novel introducing Lason Davies, a teenager who learns about her family's past in a world once called Wonderland. She currently resides in Tennessee with her husband, three children, and perpetual desire to write.

Why did you write the story and what inspired you?
I was working on my doctoral dissertation, which can drive a person crazy. I had a poster on my wall of an artist's rendering of Alice and the characters in Wonderland that I purchased in my college years. I was a fan of Gregory Maguire and wondered if he would ever do a book focusing on Alice. As much as I was a fan of Mr. Maguire's work, his stories were literary and satirical, and I envisioned the book I wanted written to be more relaxed and fun. Then it hit me. "Why not me? Why don't I write it?" The seed was planted, and there was no way to hinder its development.

What is the genre of your story?
Weariland is a Young Adult book meshing light fantasy with adventure. Some would say it's a fairytale retelling, as those have taken off recently. I don't see it so much a retelling as it is a continuation in present day, decades after the original Alice's Adventures in Wonderland took place.

Describe Your Main Character
Lason Davies is a fifteen-year-old girl who has had to be self-sufficient for a good portion of her life. However, her controlling mother never lets her far out of her sight, and we meet Lason right when this issue comes to a head.

Who Should Read Your Novel?
Anyone that likes a fast pace, adventurous read and enjoys elements of fantasy should read this book. They do not have to be knowledgeable in or fans of Alice in Wonderland to be carried away in the fun. However, due to minor adult themes, I recommend parents use their discretion for those under 12.