Spotlight & Excerpt: ON A BLACK HORSE by Monica Corwin 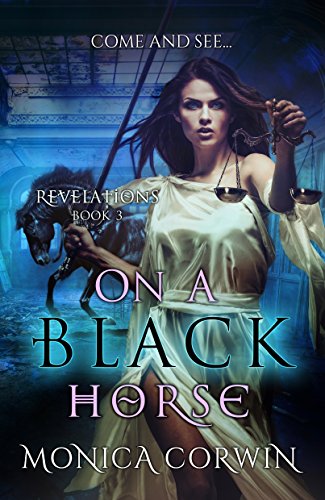 When a Sun God makes a prophecy, it’s best to heed the warning.

Katherine stands on the edge of ruin. With Ragnarok in full swing and her friends off finding thier own lives she can’t find a purpose in her existence. When Baldr, their missing Sun God, kidnaps Katherine and entreats her to care for his friend, a wounded hellhound, Katherine makes a selfish choice for the first time in her life.

Arwan never expected to meet a God, let alone fight a group of them to begin the Apocalypse. After the battle between Bianca, the Horseman of Conquest, and Hel, the Goddess of the Underworld, Arwan, escapes home to the Welsh coast intent to die on his own land.

With Hel dead, the Horseman believe they’ve stalled Ragnarok. But Baldr has a dream that convinces the Horseman to take out the remaining hounds loyal to Hel which includes the incapacitated Arwan.

Can Katherine go against her friends to save a man she promised to protect? Even if Arwan could end the Horseman for good?

The woman shifted in the arm chair and then rocketed to standing. She blinked at the fire and then around the room spinning slowly until her eyes locked on Baldir. “YOU! What the hell is wrong with you? How could you just abduct me like that? I have a cell phone. You could ask for anything and I would give it if it were in my power.”

Arwan looked her over again from the soles of her scuffed up sneakers to the skinny jeans hugging the strong curve of her upper thighs and the purple tank top that set off the olive tone of her smooth skin. “Are you a genie?”

Her eyes locked on his and for a moment he could swear he felt something melt within him under that fiery gaze. “Who the hell are you?”

“I could ask you the same question since you are standing in my house.”

She threw up her hands. “I don’t want to be in your house. I was brought against my will.”

They both looked to Baldir who wore a sheepish grin and a pink flush.

He stood so he could look between them both. “Ok look.” He faced the woman. “If I had asked you to come here you would have refused. I know it.” Then he turned to Arwan. “And you would have been your surly self about the whole thing and just died out of spite instead of letting me get help.”

Arwan glared at him. He’d been called surly, pig-headed, and any other synonym of stubborn over the years. He took a deep breathe and glanced back at the woman. “Fine, again I ask who are you?”

She crossed her arms under her breasts. He couldn’t help but notice the full weight of them propped up by her forearms. He shook that thought path off. He was dying, there was no time for thoughts like that. “My name is Arwan.”

Katherine shuffled from foot to foot. “I’m a barista.”

Baldir interjected. “She owns a coffee shop. It’s in New York City, no less. She’s a little more than a barista. Not that her coffee making skills will apply in this situation.”

“Why am I here?” Katherine asked still clutching herself tightly while attempting to give off more attitude than Arwan could see she possessed. Some of her brown hair had escaped it’s confines casting a halo around her head in wavy curls. She looked so young, so innocent to be involved in their world.

“No.” Arwan pushed himself off the bed with effort. His forehead sprouted a fine sheen of swear by the time he reached his full height. She barely stood as tall as his chin but at 6’4 he towered over most people. “She is too innocent for this. I won’t corrupt another poor soul to save myself.”

He tried to move toward her but caught the chair the wrong way and went down. Her arms were around him before he hit the floor and she set him carefully on the scuffed and aged hardwood.

The heat of her body sunk into him reaching those dark places long chilled by the absence of others. She smelled of chocolate and coffee beans. A heady scent comforting him before he that realization set in.


Other books in the series... 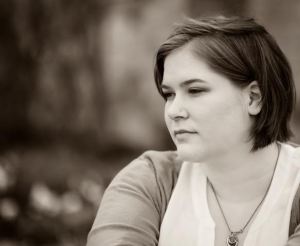 Monica Corwin is an outspoken writer attempting to make romance accessible to everyone, no matter their preference.

As a Northern Ohioian Monica enjoys snow drifts, three seasons of weather, and a dislike of Michigan. When not writing Monica spends time with her daughter and her ever growing collection of tomes about King Arthur.