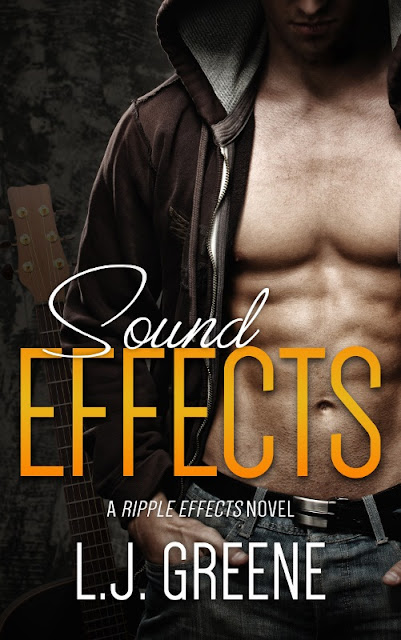 What is YOUR passion?
When an uncharacteristically rash decision lands law school graduate Melody Grayson in San Francisco’s dicey Tenderloin District, she comes face to face with a dangerously tempting man who embodies every mistake she swore she would never repeat. Passionate, sexy, and far more insightful than she’d care to admit, he causes her to question everything she thought she knew about her future. Now she’ll have to decide where the bigger risk lies: in the prudent path she has been working tirelessly to pursue, or in the intriguing but uncertain one he’s offering.
Up-and-coming, Irish-born musician Jamie Callahan is no stranger to chaos; he’s lived a lifetime of it. But in the fall of 2004, when the music industry is on the verge of massive upheaval, the life he aspires to could come at a heavier price than he’s prepared to pay. And while Melody may be the ideal person to help him navigate the gambles he must take, a relationship with her might be his biggest gamble yet.
SOUND EFFECTS is a standalone dual POV adult contemporary romance that captures the gloriously unpredictable nature of life, in which the path from who you are, to who you’re meant to become may not be a straight one. It may also have a few bumps. Sexy, humor-filled, and relatable, Sound Effects is a story about living passionately, staying true to yourself, and finding that one magic person who makes the journey of self-discovery an adventure worth taking.

And as I watched him play, it hit me like a ton of bricks. He was a lead singer–a front man. God, of course he was.
How could I not have seen it? He had that air of confidence, arrogance almost. Almost. But not… quite.
Suddenly, I was seeing him through a different lens, though. I don’t know why it changed something for me that he was a front man. But I’d had enough experience around musicians to know the general type. I’m not saying it was necessarily fair to draw those conclusions, but I didn’t think my own experience was an anomaly. Jamie would be like fly paper to a swarm of women who were likewise captivated by his soulful vulnerability on stage. I’d seen it enough times to know better. I did know better. I’d been through it already and knew how this would likely play out. I could see all of the images in my head as he sang–the furtive glances, the unexplained absences, the looks of pity from those who knew.
It was time for me to go.
I rose from the bench without warning, and Jamie shot up beside me.
“Thank you. This was…”
Before the word was out, he took my mouth with his own.
He kissed me with no preamble. There was nothing tentative about that kiss; he wasn’t asking permission–he was making a statement. And a strong one at that. His lips and tongue were soft, but demanding. His firm hand caressed the back of my neck in a way that made me feel tingly and weak–as if I had gone to putty. Without consideration, both of my hands went to his chest, where I could anchor myself against the dizzying effects of that kiss.
Whatever resolve I had was lost. I folded into his body in willing submission. I wanted him–wanted beyond any sense of logic or self-preservation. I wanted.

L.J. Greene is a self-professed obsessive multi-tasker who writes really boring stuff by day and lets her inner romantic fly by night. This California native is married to the most amazing man and has two beautiful children, not old enough to read her books. (They probably wouldn’t want to anyway on account of the “Ew, gross” factor.) She’s an avid reader of all genres, with an embarrassingly large eBook collection and a weird penchant for reading the acknowledgements pages of the books she buys. She's also a music lover with no apparent musical talent, a travel enthusiast, and a cheese connoisseur.