Spotlight-Excerpt: SURVIVING THE SUMMIT OF GOOD AND EVIL by Christine Wall

SURVIVING THE SUMMIT OF GOOD AND EVIL 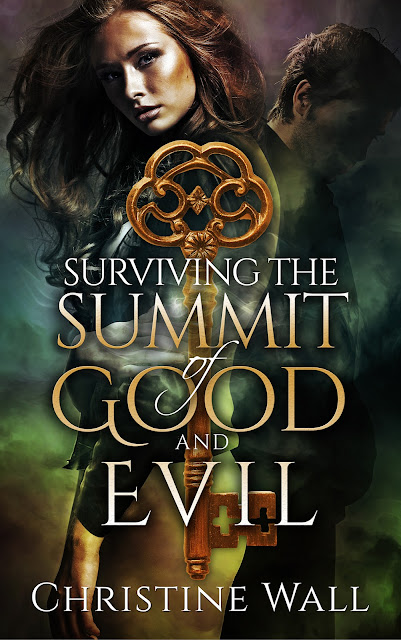 New York Police Detective, Kate Morgan carries many secrets. The black sheep of America’s most notorious crime family, she walks a fine line between her commitment to truth and justice and the obligations demanded from her family.

FBI agent Grant Anderson, embraces his role and place in the Anderson family, America’s richest and most philanthropic example of good will and kindness. His loyalty ends however, with his family’s expectations of marrying the right girl.

For thousands of years, the Morgans and Andersons have been sworn enemies. Clans, steadfast in their loyalty and commitment as handpicked first families to the Devil and God. Both sides tread carefully, maintaining the balance between Virtue, Sin, and Immortality, enduring each other only twice a century, during the Summit of Good and Evil.

With the mysterious murder of Gus Morgan, the balance is threatened and the future of humanity in jeopardy. Treading through a minefield of treachery and deceit, Kate and Grant must solve this murder, face their attraction, and stop a family feud before all hell comes crashing down.

She’d been born into the most powerful crime family in the world, but all she wanted was to protect the innocent…

The water cascaded down her body, washing away the shampoo in her hair and the lovely smelling body wash across her skin. One thing the water couldn’t wash away were her memories of the last twenty-four hours. Images of mangled and desecrated bodies filled her mind. The hard facts of her stay were burned into her memory.

Her DNA, the cells that made up her body, were infused with programming from Satan and his demons. All around her, thoughts invaded her senses—unconscious confessions of heinous acts casually tossed around, as if her relatives were planning their daily “to do” lists, like ordinary people.

Instead of picking up the kids from soccer or remembering to get milk from the store, they were hideous and grotesque. ‘Manipulate John X into thinking his wife was having an affair. He was a prime candidate for murder-suicide. Work on another insider trading tip and pin it on poor Sally J. She didn’t have the temperament to survive public humiliation and ten years in jail. Once out of the way, her family land could be sold to a developer for a hundred times its worth.’

Kate blinked back tears, trying to turn off the images in her head. On the one hand, she had an obligation to serve and protect but, on the other hand, the onslaught of thoughts were destroying her soul—one small piece at a time.

Unable to control the tears, she slid down the marble wall of the shower, knees drawn to her chest, her body racked with sobs from all of the pain, the anguish caused by her family. How could she fight that power? The family influence was everywhere. Was there anyone in the world with the ability to stop them?

Growing up with Saturday matinees filled with science fiction, adventure and excitement led Christine to want to write compelling universes for others to explore. In her debut novel, The Fog, she combines her love of science fiction and romance in a time not so far away.

Born in Winnipeg, Canada, Christine is an author, screenwriter, and actress and splits her time between Toronto and Vancouver. Her love of storytelling has led her to Hollywood with her success in screenplay contests and a decent ranking in the Nicholl Fellowships (Oscars) 2011.

When she’s not writing, Christine is acting and pursuing her love of Crossfit. She loves feedback and can easily be found on her website. 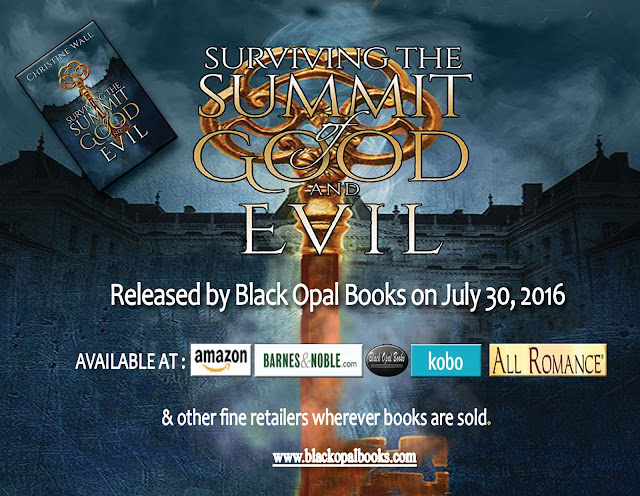