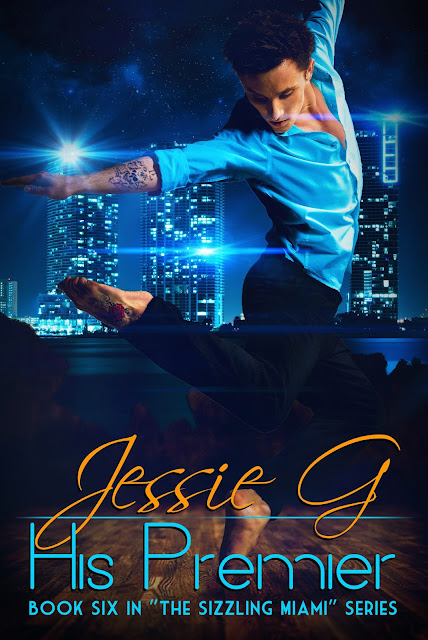 Born into wealth and privilege, Colin Sinclair was raised on the knowledge that money could buy anything and everyone had a price. Trouble was no trouble at all, not when the money was there to sweep it under the rug. But those lessons, learned at the knee of his father, were going to be challenged in a way that would change Colin forever.

In middle class suburbia, Arnaud Dechene learned the value of hard work, focus, and dedication to a dream. He was well on his way to achieving it, the role of Premier, when he catches Colin’s eye. Rich snobs didn’t usually do it for him, but there was something about Colin that made him impossible to resist.

Despite being opposites in every way, falling into a relationship was surprisingly—and deceptively—easy, but Arnaud never lost sight of his dream and Colin had trouble accepting that he was second place to anything. When a stupid argument leads to a reckless act, the repercussions leave Arnaud fighting for his life and Colin paying with his own.

With a little meddling from an aging schemer and intentions that are more well-meaning than realistic, their paths will cross again. However, Colin and Arnaud aren’t the same men who loved with abandon. They are older and wiser, with a history that might be too big to overcome.

Fans of the series know revenge is a double-edged sword, forgiveness doesn't always come easy, and forgetting is damn near impossible. But love...well, that may just conquer all.

His Premier takes the second chance trope and knocks it out of the ballpark.  There is no shortage of emotion between Colin and Arnaud-not when they first meet, not on the fateful night that rips everything apart, and definitely not once they come together again.  This story grabbed a hold of me from page one, and even though I finished it, it still hasn't let me go.

Colin always went along with the path his father had laid out for him, being the good son and following in his father's footsteps while trying not to appear as a stuck-up rich boy.  Arnaud is a constant uplifting whirlwind of positivity and energy, with dance at the root of his life.  From the moment they lay eyes on each other, they both know they have found the one.  But you know how one wrong choice can change everything...and a bad decision turns into tragedy for both of them.  Colin takes responsibility for his part-which really bolstered my opinion of him even more-and it changes both of their lives.

When they find each other again (thanks to Colin's wonderful, meddling grandmother-I REALLY liked her), Colin has changed drastically, and Arnaud has to really work to bring their second chance to fruition.  Watching this unfold was a bit heartbreaking with Colin as he was so resistant, wanting to continue taking the blame for what happened.  But Arnaud also accepts responsibility, and the two of them have to come to terms with both of their actions-regardless of who did and said what ten years ago.  Their journey is emotional and I felt so drawn in and invested in them that any outcome other than reconciliation would have devastated me.

While this story is part of the Sizzling Miami series, it can definitely be read as a standalone...though it will make you want to read all the previous books if you haven't already.  The supporting characters will have you intrigued for their own stories, and they all help bring depth to this book.  The support of Colin's friends is amazing, and is one of the reasons you'll find yourself wanting to read the entire series.

His Premier was a fantastic 5-star read for me, and I highly recommend this story to M/M romance fans.  This book is meant for readers 18+ due to adult language and M/M sexual content.  One of the things I liked best about this story was how the M/M relationship was treated like any other relationship, and the story didn't have the extra stresses of whether an M/M matchup is acceptable that you normally find in gay romance-it comes across as accepted and normal in today's world, which is refreshing and a welcome change.

JOIN MY NEWSLETTER:
Anyone who signs up for Jessie's monthly "Those In The Know Newsletter"—featuring exclusive scenes, series and new release information, and mailing-list-only giveaways— between 10/3 and 12/1 will be automatically entered for a chance to win a $25 Amazon or ARe Gift Card. Sign up today! http://eepurl.com/bhuja1