Review, Excerpt & Giveaway: THE GHOST IN THE MIRROR by Faith Gibson 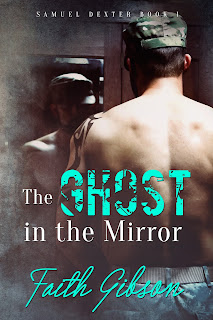 What do you do when you have no memories of your life except the one moment that took everything away?

My name is Dex and I'm a Marine. Somewhere in the horrors of the sand overseas, an explosion took out not only most of my unit but also my memories of everything that happened before that day. When my memories don’t return, the explosion also ends my career in the military. That one moment costs me everything.

Starting from scratch sucks. I don’t even know what foods I like or what types of music I listen to. Am I a boxer or briefs man? Do I like women or men? I also have to figure out what I’m going to do with my life from this point on.

While adjusting to my new life, I start seeing things -- things that no one else can see. I think that maybe my head injury caused more than amnesia. When one of my "visions" won't leave me alone, I have no choice but to believe in ghosts.

Along with the ghosts during the day, at night I dream vividly of two men. But are these two men merely dreams, or are they memories? When one man steps through the door of my hospital room, I have the answer. This man literally tries to lead me down memory lane, culminating in a searing kiss. Too bad my brain isn't cooperating, because this man is breathtaking.

With the help of my sassy grandmother, I begin to rebuild my life.

I am Samuel Dexter, and these are my stories.

WARNING: This book contains scenes that might be considered triggers for some. Sam is a Marine involved in an explosion. This book also (mildly) describes children being kidnapped in the past and their remains found later. 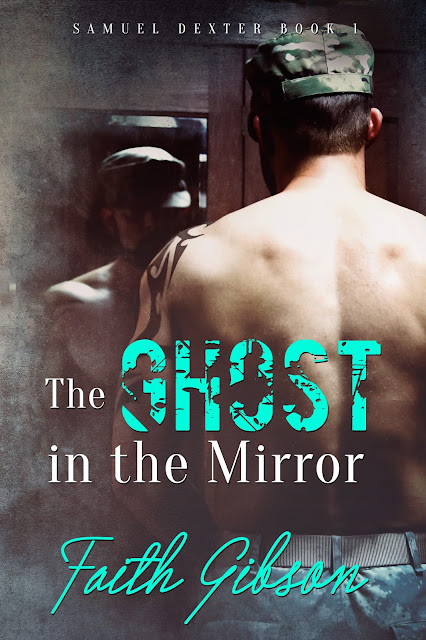 “Let me say I love the characters in this book!” - Tasty Wordgasms

“It draws you in and you have to keep reading.” - Alpha Book Club

I sat down on the stump and allowed the sound of the water to soothe my soul. When I had complained about karma coming after me for some wrong I’d done, Grams chewed my ass out and said I was being kept alive for something I had yet to do. Fate had tried to kill me twice, and I had survived both times, so I obviously had a purpose for still being here. That purpose manifested itself in front of me. I was so used to Cindy being around me now that I had stopped being surprised when she showed up. She climbed down the bank and stood in the water.
“Can you feel that? Can you feel the water rushing over your feet?”
She shook her head no. The little girl bent down and tried to run her hand through the rolling water, but nothing happened. It was in that moment that I vowed to stop being a whiny bitch. This little girl had lost her life, most assuredly in a horrific way, and I was complaining because I was alive. She floated back onto the bank and walked toward me. Cindy climbed up on my lap and leaned her head against my good shoulder. I would have given anything to feel her hair tickling my neck. This precious child needed comfort, and I couldn’t give it to her.
“I’m sorry I got hurt, but I promise I’ll start searching for clues again real soon. I have to go to see Dr. Carr tomorrow, so I’ll stop by the old fairground then.” Her essence combined with mine briefly, letting me know she was okay with what I had said. It was the strangest feeling, having another entity flow through you. She leaned back and mouthed something. Of course I couldn’t hear her and reminded her of it. She jumped down from my lap and mimed singing into a microphone. “You want me to sing?” Cindy nodded so hard, her hair bounced up and down. “Okay, kid. It’s your ears.”
I’d been in a pensive mood ever since Orlando’s visit at the hospital, so I decided to sing something upbeat. I started belting out Jason Mraz’s “I’m Yours”, and my little ghost started dancing. She grabbed the sash of her dress, holding on to both dirty ends as she twirled around, making her blue dress float around her. For the first time since she appeared to me, Cindy smiled, and I laughed. I was so caught up in the connection between the two of us that I didn’t hear the footsteps behind me. When a voice joined mine, blending in perfect harmony, I froze and Cindy disappeared.
I wanted to stop singing so badly, but I wanted to continue hearing his beautiful voice worse. I closed my eyes and sang, because if I looked up at Orlando, I’d have probably done something really unmanly. Like cried. And begged. And begged while I was crying. I’m not sure what I’d have begged him for, but it seemed the right thing to do. After the song was over, only then did I open my eyes. “We always did sound good together,” he whispered.
“I wish I could remember that.” I spoke honestly, keeping my eyes to the spot where Cindy had been. “I want so badly to remember it all, and I bet you’d probably like to forget.”
“Honestly? Yes. Most days I would like to forget I ever met you. Then there are the good days I cling to what we had and hope it wasn’t my only shot at ever finding love. But if it was, then at least I knew a love like no other.”
Orlando’s words killed me. Stabbed me in the heart, twisted, and pulled the organ out of my chest, tossing it to the ground where it landed with a flat thud at my feet. Then I remembered that he had a wife and child. If what he just said was true, he didn’t love his wife. God, how screwed up was that?
“Before we get to the reason I’m here, would you mind telling me who you were singing and laughing with when I walked up?”
Well, f*ck.

The Ghost in the Mirror was a very good ghost story, mystery and paranormal romance all in one that will have you caring for the characters and trying to solve the case right along with them.

I really enjoyed Sam's character.  He's making the best of a truly crazy situation, finding his way again after losing his memories while at the same time being visited by ghosts with unfinished business.  The story concentrates on Sam for a bit before Orlando is introduced, and the two of them need to get to know each other again in the midst of all the ghost business going on.

The story did feel a bit longer to me than expected given the page length, and for me that's because some parts moved at a slower pace than I usually find in the stories I read.  It was well written with a solid plot and extremely well-rounded characters-not just Sam and Orlando, but the supporting characters as well.  There are some things that don't see full resolution due to the fact that by the end of the book Sam hasn't gained back all of his memories, and I'm hoping that this is part of what will be addressed in future books in the series.

The mystery of what happened to the little girls is intriguing, and made for a great whodunit-I never guessed who the culprit was.  This helped to keep me engrossed in the tale, along with the re-emerging relationship between Sam and Orlando.  And once things became physical between them again, there were plenty of fireworks to be found between them.

The Ghost in the Mirror was a strong 4-star read for me, and I'm keeping an eye out for more in this series.  I'd recommend this story to M/M romance fans who enjoy ghost stories and mysteries, and this is meant for readers 18+ due to adult language and M/M sexual content.  There are some flashbacks to the blast that injured Sam and killed his team, so readers sensitive to scenes like this should be aware before reading. 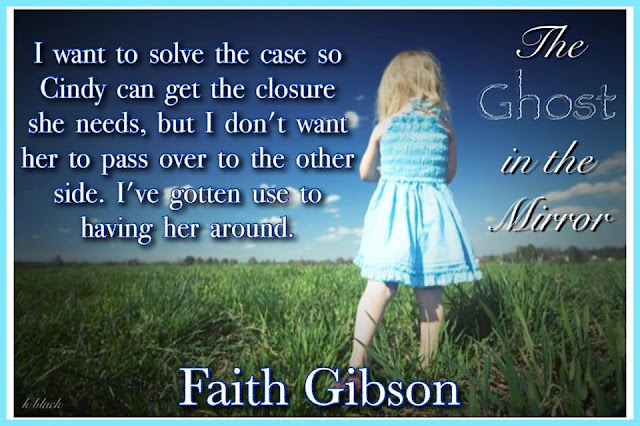 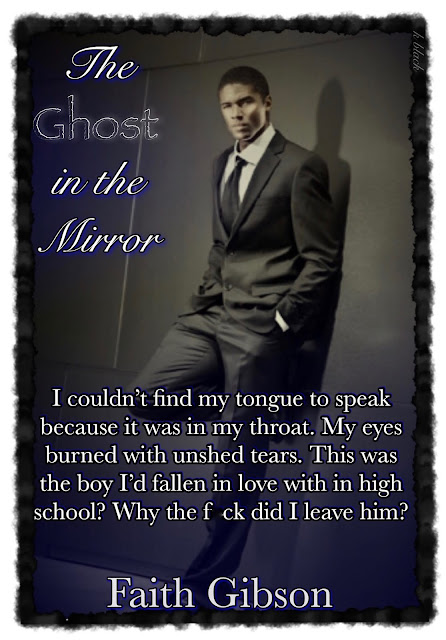 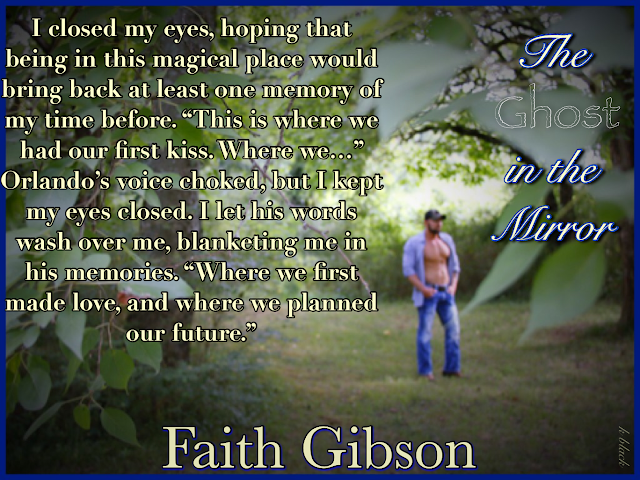 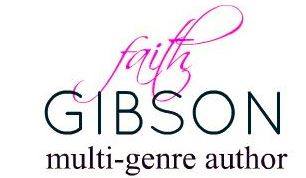 Faith Gibson is a multi-genre author who lives outside Nashville, Tennessee with the love of her life, and her four-legged best friends. She strongly believes that love is love, and there's not enough love in the world.


She began writing in high school and over the years, penned many stories and poems. When her dreams continued to get crazier than the one before, she decided to keep a dream journal. Many of these night-time escapades have led to a line, a chapter, and even a complete story. You won't find her books in only one genre, but they will all have one thing in common: a happy ending.

When asked what her purpose in life is, she will say to entertain the masses. Even if it's one person at a time. When Faith isn't hard at work on her next story, she can be found playing trivia while enjoying craft beer, reading, or riding her Harley.


Faith is the author of The Stone Society, a paranormal, post-apocalyptic shapeshifters series; The Music Within, a MM romance series; and The Samuel Dexter books, stories about a retired Marine ghost hunter who has lost all his memories from before the accident that took him out of commission. 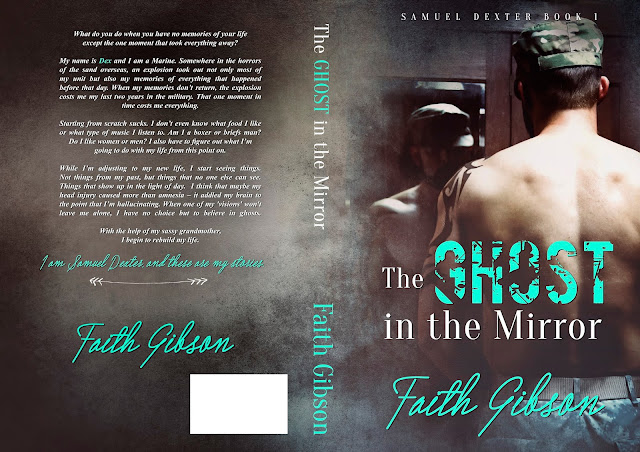