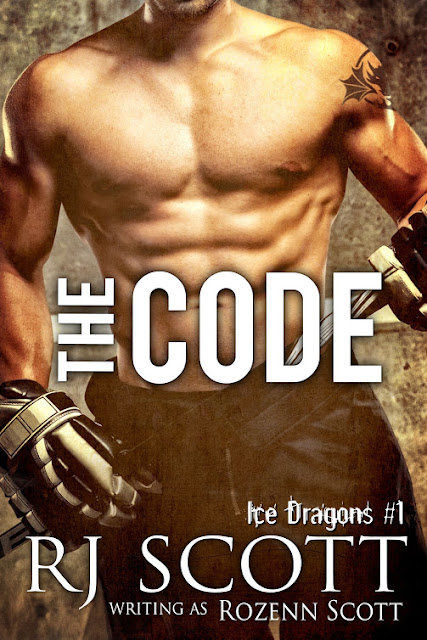 Falling for his best friend's sister seemed like a good idea at the time.

Defenceman Ryan Flynn's life and career is defined by the codes of hockey; friendship, respect, leadership and protection. A call from his best friends sister ends up with him taking her home and it's all he can do to remember that she's off limits. Doesn't matter that she's too much of temptation for a man on the edge, he promised her brother he wouldn't go anywhere near her.

Kathryn Lecour has been in lust with hockey player Ryan Flynn since she was first laid eyes on him. The problem? Ryan is her brother's best friend, bound by a complicated code of chivalry both on and off the ice.

Will Ryan, the hard man of the Dragons ever see her as anything more than his best friend's little sister? And will Kat be able to tame the Dragon with ice in his heart?

“You have to promise,” Loki had said to him.

They were nineteen years old and drunk on cheap beer. Kat’s prom date vanished into the darkness, and that was a good thing: the baseball captain and high achiever wasn’t good enough for her.

Not in her brother’s eyes, and not in his.

“Promise what?” Ryan had been worried that what he and Loki had done made Kat’s date leave and left her in tears. They’d only meant to intimidate him to playing nice, not get him to run away with his tail between his legs.

“Don’t ever let her near a jock,” Loki snapped. He didn’t appear to have any remorse at seeing the guy run, but then, he hadn’t seen his sister’s tears. “No one like us. Because all we are is hockey, and all we do is for the team.”

“We f*ck and leave, and nothing means anything.”

“Don’t you ever let anyone hurt her.”

The smile slipped from his face when the enormity of what he’d promised sunk into his soul, and for a second he hesitated. He had to go in there and be her brother, be the friend she’d need. Not the idiot man who fancied himself in love with her.

He settled his breathing. And then he opened the door, slipped inside, and shut it behind him before he could second-guess why he was here.

The room was simple: sofas, a coffee table in the middle, a large roof window that would let in light in the daytime. At the moment, the room was lit by a soft lamp in the corner.

Sitting bolt upright in one corner of the largest sofa was Kat.
Ryan took one look at her face and couldn’t help himself; a curse fell from his lips without conscious thought. A vivid scarlet mark ran from her eye socket to her cheekbone, as if someone had deliberately slapped her; bruises ringed her neck and her lip was cut, evidenced by a butterfly bandage just below the left corner. She was so beautiful, and he couldn’t bear to see the marks on her soft skin.

She looked up at him, her green eyes bright. He stepped closer and she stared at him. Her lower lip trembled as though she was fighting tears; he wanted to hold her and stop her from crying.

God, all I want is to hold her.


“Take me home, Ryan,” she said, her voice broken. Then she added a much smaller, quieter “Please.”

RJ Scott is the bestselling gay romance author of over ninety MM romance books. She writes emotional stories of complicated characters, cowboys, millionaire, princes, and the men who get mixed up in their lives. RJ is known for writing books that always end with a happy ever after. She lives just outside London and spends every waking minute she isn't with family either reading or writing.
RJ also writes MF romance under the name Rozenn Scott.
The last time she had a week's break from writing she didn't like it one little bit, and she has yet to meet a bottle of wine she couldn't defeat.