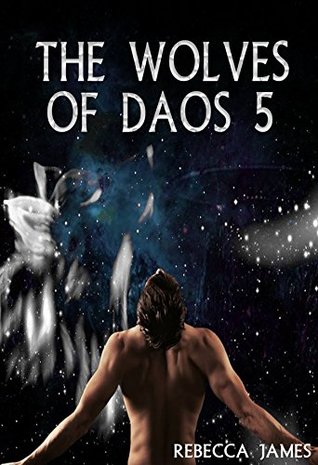 Michael has wrestled with anxiety his entire life, and finding out he’s half-werewolf doesn’t help matters. When bond-mate, Quinn, takes Michael to the werewolf colony, Michael finds more surprises in store for him, and some may be more than he can handle.

Looking over his shoulder as they walked, Michael saw that the milling crowd that had been gathering at the palace gates now filed in behind them, as though they’d been waiting for Quinn and Michael’s arrival in order to be admitted. Looking ahead, a vast courtyard lay before them with pruned hedges and extensive gardens that had been cut back in preparation for the coming winter. Michael’s heart picked up when he spotted what appeared to be several huge lizards lounging in the inner courtyard near the front of the palace where he and Quinn were not, thankfully, headed.

“What? Oh, yes. We brought them here from Indonesia. Very effective deterrents to trespassers.”

“This way,” Quinn said, setting off toward the side, passing through an archway and along an ivy-covered wall where two guards led three chained and naked men headed for a door leading away from the main part of the stone structure. Quinn propelled Michael toward a larger iron door at the far end of the narrow lane. Michael couldn’t help but stare at the men. Were they slaves? They certainly appeared to be, with their dirty appearance and hands and feet manacled and the long chain connecting them one to the other.

The corridor leading to the door was narrow and crowded. Quinn wrapped his arm around Michael’s waist and maneuvered them through, while Michael continued to stare at the prisoners. He’d never seen anyone like them; completely hairless, lacking even eyebrows and lashes, with long, slim feet and oddly-shaped heads. Two large werewolves wearing red tangas and brandishing curved sticks urged the prisoners along. As Quinn and Michael passed the line of men, one looked directly at Michael, his silver eyes with dark, vertical pupils reminding Michael of a snake. Michael thought they must be contact lenses—he’d seen some that gave a similar effect. As Michael returned the gaze, quick as lightning, the man’s tongue darted out, thin and forked, touching Michael on the arm at the same time that Atlas yelled and pulled Michael backward until his shoulder hit the opposite wall. Quinn threw himself at the prisoner, his hands around the man’s thick throat.

Rebecca James writes m/m and m/m/m romance in the contemporary, paranormal, and sci-fi genres. Writing has been her passion since childhood, but it wasn't until recently that she got up the courage to publish. She lives in the southern United States with her husband and three children.