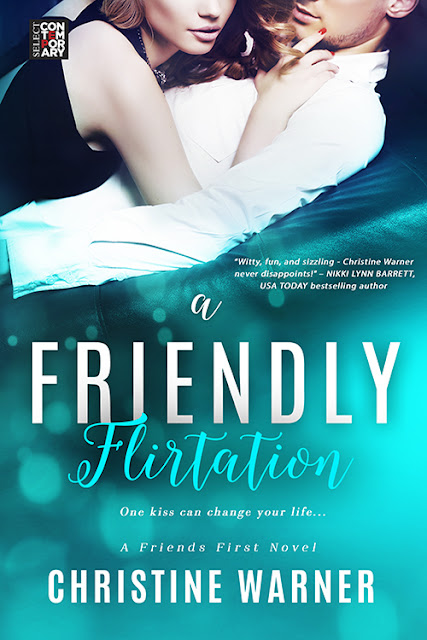 Blurb
One kiss can change your life...

Allison Hall is fed up with being a social outcast. Even at the tech company where she works for her brother and his best friend, Jared, she's the invisible nerdy girl. What she needs is confidence—and that requires a makeover and dating tips. And she knows just the man to help…

Jared Esterly is shocked when Allison asks for his assistance and turns her down, knowing that her brother—his business partner and best friend, Nick—would kill him if he dated her, even if it is just for practice. But when Al’s attempt to make changes on her own fails spectacularly, Jared reluctantly steps in. Things heat up quickly, and soon lessons move from the salon to the bedroom.

When overprotective big-brother Nick discovers Jared is dating Allison, their friendship and business partnership sour. Allison, consumed by guilt, must make a choice: stay with Jared, even though that means ruining his friendship with Nick and possibly his career, or leave the one man who sets her on fire.

She leaned her forehead against his chin, then tilted her head back, parting her lips and inviting him in for another kiss.
And he wanted seconds. More than he’d ever imagined. The soft blush creeping over her face, the way her breasts strained against her blouse as she tried to regain her breathing only encouraged him. Holy. F*ck. With her it’d be too easy to forget where the hell they were. And he didn’t like an audience. Not now. With Allison, not ever.
But that didn’t stop him from running his thumb over her bottom lip. For a second he lost sense of where they were when her eyes grew dark and her lashes fluttered gently over her skin. She looked so beautiful, and that protective urge— or maybe he should just call it what is is…lust—overtook him. He couldn’t picture her with anyone but him. F*ck. He didn’t want her with anyone else. Screw Nick. He’d deal with him later.
If anyone would teach Allison how to please a man, let a real man do the job.
Him.
She was ready, so was he. He was willing, and so was she. And they were both adults. “Al, I don’t want you with any of these men.”
She sighed, sagging against him. “Are we really going to have this conversation again? I—”
He took her mouth in a hard kiss, parting the seam of her lips with his tongue and thrusting inside, swallowing her gasp. She melted against him. He slid his hands down her throat, past her shoulders, and lower still until he curved his arm around her back and squeezed her rear. She smiled into their kiss, and this time he melted. “Do I need to rephrase?” he whispered against her mouth.
She shook her head, their mouths still touching. “I really only wanted one man in this room, but I didn’t think he wanted—”
“You better be talking about me.” He leaned back just far enough so he could watch the way her emotions flickered across her eyes. Excitement. Uncertainty. Acceptance. She nodded, her lips parted and moist.
“Are you telling me—?”
“I’m telling you I’ve come to my senses. Or lost them completely.”

A Friendly Flirtation takes a couple of my favorite tropes-friends to lovers and brother's best friend-and puts them together, then adds in a nice dash of sexual tension for good measure.  When all is said and done, what you get is a really good story with strong characters that keeps you interested and maybe just a little bit frustrated.

I really liked Jared's character, he comes across as the perfect guy-a player ready to leave that kind of lifestyle behind who is self-assured (and even a bit cocky) and sexy, and...well...just one of those perfect guys.  Allison I could totally relate to, which endeared me to her character.  Some of my frustration crept in when neither of them would just brave telling the other their true feelings (not really, it's all about the makeover and finding Allison a guy).  The other part of my frustration was with Nick, Allison's brother--he's a bit overprotective and just doesn't get that he is.

But Allison and Jared fit well together, and once things get going their chemistry really starts to spark.  This makes for some hot and steamy scenes, and also opens them both up to heartbreak...so be ready for some emotional ups and downs.

Even though this type of story can be found all over (there's a reason friends-to-more and brother's best friend stories are so popular), A Friendly Flirtation still came across as unique to me.  The smooth writing gave the story an excellent flow, and before I knew it I'd stayed up past my bedtime to finish it.

This was a solid 4-star read for me, and I'd definitely recommend it to any contemporary romance fan-especially if you are a fan of these tropes.  The author does a great job with them, resulting in a truly enjoyable read.  This is for the 18+ crowd due to adult language and sexual content. 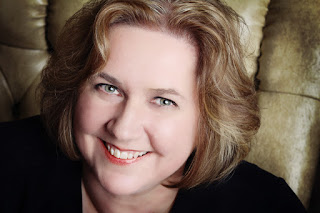 Christine Warner is living her dream in Michigan along with her family, three laptops (she might have a slight addiction, or maybe it’s a fear of one imploding from overuse) and a much loved assortment of furry friends.
Besides laughing and a good round of humor, she enjoys spending time with her family, cooking, reading, writing but no arithmetic.  A confessed people watcher, she finds inspiration for her stories in everyday activities.  She loves to read and write about strong heroes and determined, sometimes sassy heroines.
A girl gone wild, at least where social media is concerned, she enjoys meeting other avid readers and writers on Facebook, twitter, Instagram, Goodreads, and her website at christine-warner.com.

Rafflecopter Giveaway (an eBook copy of any one of the following titles: Some Like it in Handcuffs, Two-Timing the Boss, Bachelor’s Special, Secret Love, A Friendly Engagement or A Friendly Arrangement)
a Rafflecopter giveaway