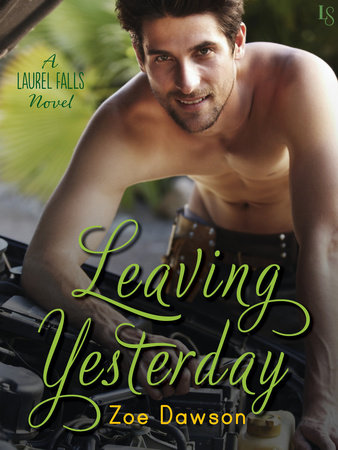 If you love Susan Mallery, Kristan Higgins, or Rachel Gibson, don’t miss the start of this captivating small-town romance series! Laurel Falls, Montana, features spectacular mountain scenery—but it takes a rugged cowboy to convince one woman to slow down and enjoy the view.

Rafferty Hamilton doesn’t plan on putting down roots anytime soon. With her divorce final, the hotel heiress has left Manhattan behind to scout new locations for her family’s chain of resorts. Which is why it’s so frustrating to be stranded in Laurel Falls while a good-looking, slow-talking, Stetson-wearing mechanic takes his sweet time with her overheated coupe.

A decorated vet who paid his dues in Afghanistan, Trace Black can fix anything with an engine and get it revving—even Rafferty’s ridiculous sports car. He’s couldn’t say the same for the knockout driver, who looks like she’s never gripped a gear shaft in her life. Women like Rafferty don’t usually stick around in Laurel Falls, but Trace finds himself showing her everything his hometown has to offer before she cruises on down the road.

As the days pass, Rafferty finds herself charmed by the pace of life and the openhearted warmth of the residents. She’s even tempted to trust again—and it’s all thanks to Trace. He’s not the kind of guy she’s used to falling for, but he just might be the man she needs.

His sister Cadence’s voice carried all the way out to the garage bay where Trace Black was currently installing a new muffler. He rolled himself out from under the car and rose, grabbing a clean rag and wiping his hands. He headed to the ranch house that was to the back and side of Black’s Garage, their family business. Situated on a tree-lined street with other houses, some looking a bit worse for wear and some empty and foreclosed, the worn-clapboard green house with the covered front porch was in pretty good shape. Trace and Reese handled most of the upkeep, the original wood floors and woodwork intact and refinished. The garage in the back filled with car parts and a couple of vintage cars lying unfinished since their father’s death.
Black’s Garage was now really his business, although he supported his sister with the income. Trace liked working with his hands. When he hadn’t been killing insurgents in the desert, he had been fixing the engines of the Humvees his unit traveled in. His skills had kept his platoon mobile, and when they were mobile, they were just a tiny bit safer.
He looked at his watch and was surprised to find how early it still was. He was usually up at six in the morning—old marine habits were hard to break. The military taught him that sleep was optional. But Harley, his younger brother, was restless ever since he got home from the VA hospital, so he’d been up and down throughout the night, giving up on sleep at about four that morning. Trace entered through the back door, where his brother Reese was in the kitchen making his breakfast. He shot his older brother a withering look. “Can’t you—”
Reese held up his hands with a knife slathered in peanut butter in one and a slice of toast in the other. “This involves teenage angst and girly things.”
“Aw, kee-rist, and you’re leaving it to me?”
“Trace!”
“I’m in the kitchen.” He managed not to bellow, pinching the bridge of his nose. “Can you keep your voice down?” he said when she came into the kitchen still in her PJs. “Harley is probably still sleeping.”
“He’s probably not now,” Reese said, arching a brow at his brother. He was fully shaved and dressed in a blue polo shirt and a pair of jeans, brown-tooled Western boots on his feet. Reese did like his boots fancy. His tall, muscled brother was a veteran firefighter in Kalispell, about thirty minutes away from Laurel Falls, but was currently off shift.
“You, big brother, are being such a big help.” Actually, Reese was a big help. Ever since their flaky mom had left—twice—Trace and Reese had taken responsibility for household chores and their younger brother and sister. That responsibility increased even more once their dad hit the bottle after the loss of his wife. Trace had been ten when his mother left the first time and his dad went after her. She came back, seemed to settle down, got pregnant with Cadie, and then disappeared when Cadie was only two. This time for good. He had no idea where she was.
Reese shrugged.
“What is it, Cadie?” Trace cocked his hip at his sister’s my-teenaged-problem-is-now-your-problem look.
“Have you seen my mango bra and panty set?”
He cut a look to Reese, but he quickly looked down and finished slathering his toast with peanut butter.
Trace rubbed at his tired eyes and ran both hands through his hair. “Why would I know where that is?”
“You did the wash. It was in the last load.” She shot at him like an accusation. Like a mango bra and panty set could be stolen and sold on the black unmentionables market.
He tried to remember the wash and the clothes that were part of the loads he’d done, but it all blurred together. “Does it have black lace on it?”
“No,” she said with a long-suffering teenaged sigh. “That is my orange set.”
“Wait. What is the difference between mango and orange?” he said, winning him another contemptuous look.
“Well, for one thing they’re different fruits,” Reese piped up.
Trace gave his brother his best sergeant-I’m-going-to-kick-your-ass glare, but Reese just smirked.
“Trace, really. Mango is much lighter than orange,” Cadie said as if he were the village idiot.
“Yeah, Trace, any moron would know that.” Reese nudged him as he walked past toward the counter and settled on one of the stools.
“Shut up,” Trace said, giving his brother a nudge back, then turning his attention back to Cadie. “Can’t you wear some other . . . ah . . . set?”
Her chin lifted and her eyes squinted. “No. I can’t,” she said, placing her hands on the counter. “I have cheerleader practice and I can’t wear a different set.”
Somehow that was supposed to make sense to him.
“Cadie.” He stepped to the island, his lips pinching together. He set his hands down on the counter, too, his fingers tapping. Speaking through his clenched teeth, he said, “You are going to be late for school.” He gestured with his thumb. “Now, get your butt in your room and get dressed.”
Cadie’s face set into a determined mask. She marched up to Trace and thrust out her chin. “It’s the only bra I have that holds—”
“For the love of God, do not finish that sentence. My ears will bleed.” He walked away, his shoulders hunched, cringing. 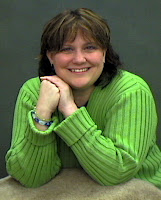 Zoe Dawson had always dreamed of becoming a full-time romance writer, and with determination, persistence, and a little luck that wish came true. Her other passions include traveling the world, owning a beach house (she believes she was a mermaid in another life), and seeing her books in movies. When she’s not writing, she’s painting or killing virtual MMORPG monsters in World of Warcraft. She lives in North Carolina with her two grown children and one small, furry gray cat.