Book Release: A FORTUNE TO DIE FOR by Liza O'Connor 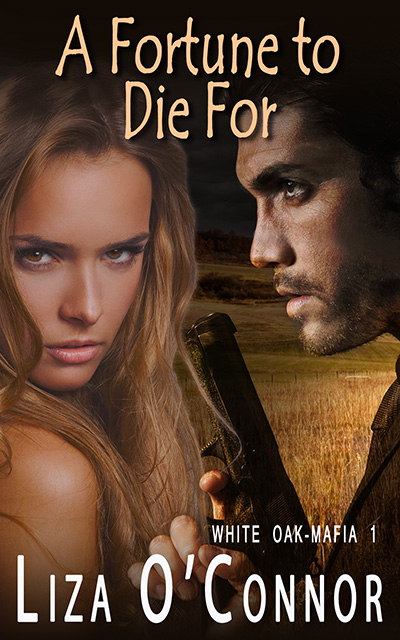 Megan Clarke had a good life until she wins the Mega Times Lottery and discovers the prize comes with a curse. Worse than the many money-hungry suitors, a serial killer has her in his sight. She changes her name and moves to Iowa with plans to buy their last major forest of white oaks and turn it into a State Park. Unfortunately, the Lottery Curse doesn't stop at state lines and someone there wants her dead, as well. Good thing a disturbingly handsome law officer is just as determined to keep her alive.

Megan Clarke set the package on her kitchen counter with great care. “It’s probably nothing,” she chided herself. Opening a letter that came in the same mail delivery, she changed her mind as she read another threat to kill her. She hurried to the phone and hit her speed dial for the local cops. Her hands shook despite her mental self-assurances that everything was okay.

Recognizing Margaret’s voice, she replied, “Hi, this is Megan. Is Sergeant Adams around?”

“No, he’s on vacation. You get another death threat?”

“Yeah, but there’s also a package. I know it’s stupid, but I’m afraid to open it.”

A heavy sigh sounded over the phone. “I swear, all your troubles since you won the lottery has made me afraid to even play scratch-offs. Hold on.”

Megan pushed her blond hair behind her ears. The craziest part about her winning the Mega Times Lottery was she never played games of chance—thought it a great waste of money. She had already become a millionaire by her own efforts. Why did she want to be richer? She had more than enough. 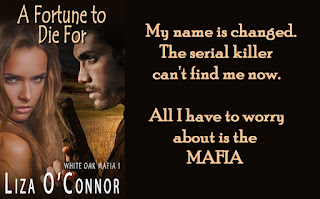 Then one day, while in a New York shop buying lunch, her friend, Terry, a bona fide lottery junkie, had insisted she buy a ticket. “It only cost a dollar. Stop being a miser!” Not wishing to argue, she passed the clerk a dollar. “Just give me a random number,” she instructed the fellow, then frowned as her friend filled out ten cards. “You do realize if I win, you have to take the money,” Megan warned.

Terry stared at her with rounded eyes. “No way! You can’t give away your good luck. If you win it, you have to keep it. Otherwise, you and the recipient will have bad luck the rest of your lives.”

So when the stupid ticket turned out to be the only winning number for a $987-million-dollar pot, all the bad luck stayed with her alone. Honestly, she wouldn’t wish her “new” life on a dog, nevertheless her best friend.

Since she was a financial expert, she took the $463 million upfront and invested half of it, planning to donate the other half to charities. Only problem was, whenever she delved into various charities, she didn’t like the way they used their money, so thus far, she’d only managed to give away a few million.

“Miss Clarke, I’m Detective Steve Williams,” a pleasant voice came over the phone. “How may I help you?”

“I received a package today. It has a name and address I don’t recognize.”

“Are you still there?”

“Yes, ma’am. I’m just a little confused. Marge said you had a letter threatening your life.”

“Yes. I have one of those, too. It doesn’t have a return address. Nor is it signed. But the letter and the package came in the same post.”

“So you think the package may be from the sender of the death threat?”

“This one or one of the hundred other angry letters I’ve received.”

Mind? Why did he think she was calling? If only Sergeant Adams were there. “I’d greatly appreciate it.” 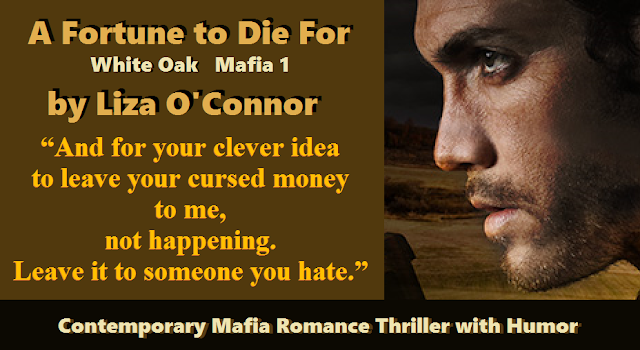 Liza O’Connor was raised badly by feral cats, left the South/Midwest and wandered off to find nicer people on the east coast. There she worked for the meanest man on Wall Street, while her psychotic husband tried to kill her three times. (So much for finding nicer people.) Then one day she declared enough, got a better job, divorced her husband, and fell in love with her new life where people behaved nicely. But all those bad behaviors has given her lots of fodder for her humorous books. Please buy these books, because otherwise, she’ll become grumpy and write troubled novels instead. They will likely traumatize you.

You have been warned.

Ghost Lover—Two British brothers fall in love with the same young woman. Ancestral ghost is called in to fix the situation. And there’s a ghost cat that roams about the book as well. (Humorous Contemporary Romance)

Saving Casey— Cass wakes up in the body of a troubled teen who has burned every bridge imaginable. Her only choice is to turn this life around, but that’s much harder than she ever imagined.

Untamed & Unabashed—The youngest of the Bennet sisters, Lydia, tells her story. A faithful spinoff from Pride & Prejudice. Warning: Lydia does not behave.

Worst Week Ever — Laugh out loud week of disasters of Epic proportions.

Oh Stupid Heart — The heart wants what it wants, even if it’s impossible.

Coming to Reason — There is a breaking point when even a saint comes to reason.

Climbing out of Hell — The reconstruction of a terrible man into a great one.

The Hardest Love — Is to love oneself. Sam’s story.

The Troublesome Apprentice — The greatest sleuth in Victorian England hires a young man who turns out to be a young woman.

The Missing Partner — Opps! The greatest sleuth in Victorian England goes missing, leaving Vic to rescue him, a suffragette, and about 100 servants. Not to mention an eviscerating cat. Yes, let’s not mention the cat.

A Right to Love — A romantic detour for Jacko. Want to see how amply rewarded Jacko was when he & Vic save an old woman from Bedlam?

The Mesmerist — The Mesmerist can control people from afar and make them murder for her. Worse yet, Xavier Thorn has fallen under her spell.

Well Kept Secrets — The problems with secrets is that they always come to light, no matter how you wish to silence them.

Pack of Trouble — Changes are a part of life, but these changes almost kill Vic. 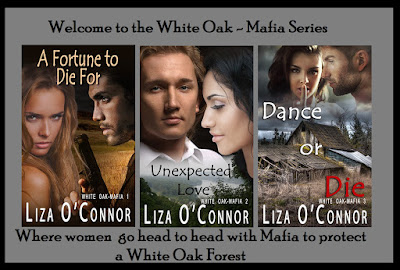