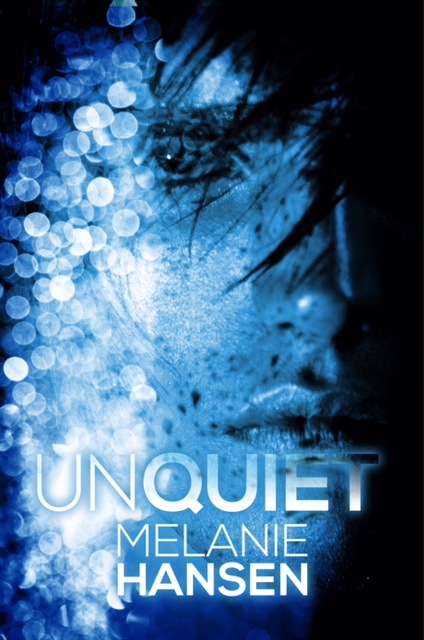 Loren Smith has been in love with Eliot Devlin almost his entire life. During their turbulent childhood and teen years, Loren didn’t always understand Eliot, and sometimes he could be a challenge, but Eliot was the only one to ever truly ease Loren’s deep loneliness and accept him. When Eliot’s increasingly erratic and self-destructive behavior culminates in a suicide attempt at seventeen, Loren is devastated.

Upon meeting again by chance nine years later, Loren is enjoying a successful career as a police officer while Eliot’s life has been a constant struggle for stability. In and out of mental hospitals, with a rap sheet a mile long, he continues to be buffeted by the twin storms of mania and depression. Loren’s love and protectiveness for Eliot are deeply ingrained in him, however, and their feelings for each other are quickly rekindled.

Loren has issues of his own he’s dealing with, and trying to understand and cope with Eliot’s bipolar disorder isn’t easy. They believe they’re meant to be, and Eliot brings a fulfillment to Loren’s life that no one else will ever match. But as they both come to realize, love by itself can’t cure all.

When they woke the next morning, they packed an overnight bag and headed north on I-17. Eliot was amazed at the view out his window, craggy rocks and towering saguaro cactus eventually giving way to the pine trees of the Coconino National Forest.
In Flagstaff they stopped for gas, and both of them shivered at the cold bite in the air. They ran by a sporting goods store to buy some fleece pullovers, and Eliot goofed off with a couple of plaid hunting caps, complete with fuzzy earflaps. He grinned at Loren, trying to keep the hat from falling forward into his eyes.
“You look about twelve years old,” Loren said drily. “That hat swallows you whole.”
As Loren reached out to take it off of him, he stroked his thumb along Eliot’s cheek.
“I love to see you smile, to see you happy,” he whispered. He grabbed a simple knit cap and pulled it over Eliot’s head, fussing with it a minute before saying, “Much better.” Eliot scanned the room and, not seeing anyone, stretched up to give Loren a kiss.
Soon they were on the road again heading north, and Loren took Eliot’s hand, twining their fingers together and resting their joined hands on his knee. Eliot could sense Loren was turning something over in his mind, so he just waited.
“Are you happy, El?” Loren finally asked. “I’ve seen so many different incarnations of your moods, but I honestly don’t know if I’d recognize happiness in you.” His voice held a faint note of apology for asking, and Eliot glanced at him, surprised but pleased by Loren’s candor.
“I don’t know if I’d recognize happiness either, Loren,” he admitted, rubbing his thumb over the back of Loren’s hand when he threw Eliot a stricken look. “Hey, hey,” Eliot said reassuringly. “I don’t mean that the way it sounds.”
Eliot blew out a breath, thinking about how to explain this. Loren waited, but his lips were pressed together in a tight line, and Eliot squeezed his fingers.
“Usually when I wake up in the morning, I’m afraid,” he said slowly, and Loren opened his mouth to speak but then didn’t say anything. Eliot glanced at him again, then continued, “I feel the craziness, the madness lurking, just waiting for me. It feels like it’s attached to me, that when I get out of bed, I’m dragging it with me. It’s always there, ready to pounce and swallow me up.”
“Oh, El,” Loren whispered achingly.
Eliot stroked his hand. “And this morning when I woke up, I wasn’t afraid. I think that’s what it feels like to be happy. It’s enough for me.”
Loren didn’t say anything, but a lone tear slid down his cheek. Eliot reached up and wiped it away with his thumb, stroking Loren’s jaw tenderly.
“What’s the matter, honey?”
Just then the sign for a scenic lookout appeared, and Loren took the exit, parking the truck. He stared through the windshield, blinking fast, more tears welling up.
“The thought of you for all those years, waking up afraid,” he whispered brokenly. “And I wasn’t there, Eliot. I wasn’t there.” Eliot could see Loren’s throat working as he fought not to cry, and with a soft exclamation, Eliot opened his arms, gathering him close. He stroked Loren’s hair, feeling the hot wetness of tears against his neck.
“But you were there, Loren. Shhh,” he murmured.
When Loren calmed a little, Eliot pulled back and took Loren’s face in his hands, forcing him to meet his eyes.
“I’ve been in a lot of therapy over the years, and they always ask me the same thing, what my best memories are, what memories do I have of feeling happy or safe. I’m supposed to bring them to mind when I’m stressed or scared or angry. It’s part of cognitive therapy, learning to readjust your thinking, to focus on good things and not negative things.”
Eliot caressed Loren’s face. “And Loren, there’s a lot I don’t remember, but what I do, every single one of those types of memories is about you. Being kids, riding our bikes, playing with toys, laughing at stupid jokes. Then later the way you held me in the dark after a nightmare or sat with me when I was so sad and hurting that I wanted to die. The way you—the way you loved me, loved my batsh*t crazy and f*cked-up mess.
“You’ve always been with me, Loren, through my memories. Always.”
Loren completely lost it then, and Eliot let him cry it out, murmuring to him, rocking him, reveling in being the one to comfort, to soothe, of being able to shore up the man he loved when he needed it.
Finally the storm passed and Loren pulled away, sitting up and scrubbing his hands over his face.
“I’m glad, El,” he said hoarsely, clearing his throat several times before starting the truck and pulling back onto the interstate. “I’m glad I’m your best memories.”

Unquiet is one of the most dramatic, heartbreaking, emotional books I've read in quite a while.  It is a serious read filled with enough angst and tension for multiple books, yet it is all packed into this one hard-hitting story.  Be forewarned-Unquiet deals with some extremely serious, difficult topics that may be triggers for some (mental illness, self-harm) or have an exceptionally emotional impact, especially for those who have had these things touch their lives in one way or another.

Loren and Eliot have a virtually unbreakable bond, unconditional and highly emotional almost from the very beginning when they meet at only six years old.  They are drawn to each other, and as time goes on and they grow closer and closer, you can't imagine one without the other.

But that's where those serious topics come in and wreak havoc on their lives, their relationship, and their constantly bombarded emotions.

If you are looking for an easy, predictable read--this is NOT it.  Unquiet will take you on an emotional rollercoaster and tear your heart open over and over-it's not a story filled with fluffy hearts and roses.  But every single page is worth every moment of your time, and you may just come away more enlightened than when you started.

Eliot grabbed my heart right from the moment he appeared, and my heart broke over and over for him with what he had to go through.  Loren is an amazing friend-and more-and gives Eliot his unconditional love and support...though at times it is almost too much for even him to endure.

Unquiet is unquestionably a phenomenal 5-star read, and gets a glowing top recommendation from me.  I loved that we were able to see the characters from the previous Resilient Love series stories, and they provided great support here in Unquiet.  M/M romance fans, especially those who love the more serious stories that deal with difficult subject matter, will definitely want to add this to their library.  This is for those 18+ due to adult language and subject matter (including trigger subjects) as well as explicit M/M sexual content.


"To Loren, for always seeing the moon."

Melanie Hansen has spent time in Texas and Florida prisons…for work. She’s been in a room with a 17-year-old mass murderer who was also one of the most soft-spoken and polite teenagers she’s ever met. After a 13-year career as a court reporter, she can tell many stories both hilarious and heartbreaking.
She grew up with an Air Force dad, and ended up marrying a Navy man. After living and working all over the country, she hopes to bring these rich and varied life experiences to her stories about people finding love amidst real-life struggles.
Melanie left the stressful world of the courtroom behind and now enjoys a rewarding career transcribing for a deaf student. She currently lives in Arizona with her husband and two sons.