I can't wait to introduce readers to Nate Harper and Casey Sullivan. They’re a dynamic duo and many early readers are saying this is their favorite story yet! Nate knows exactly who, and what he wants, and is thrilled when the opportunity he’s dreamed about for years presents herself to him. Expect many steamy encounters between these two! 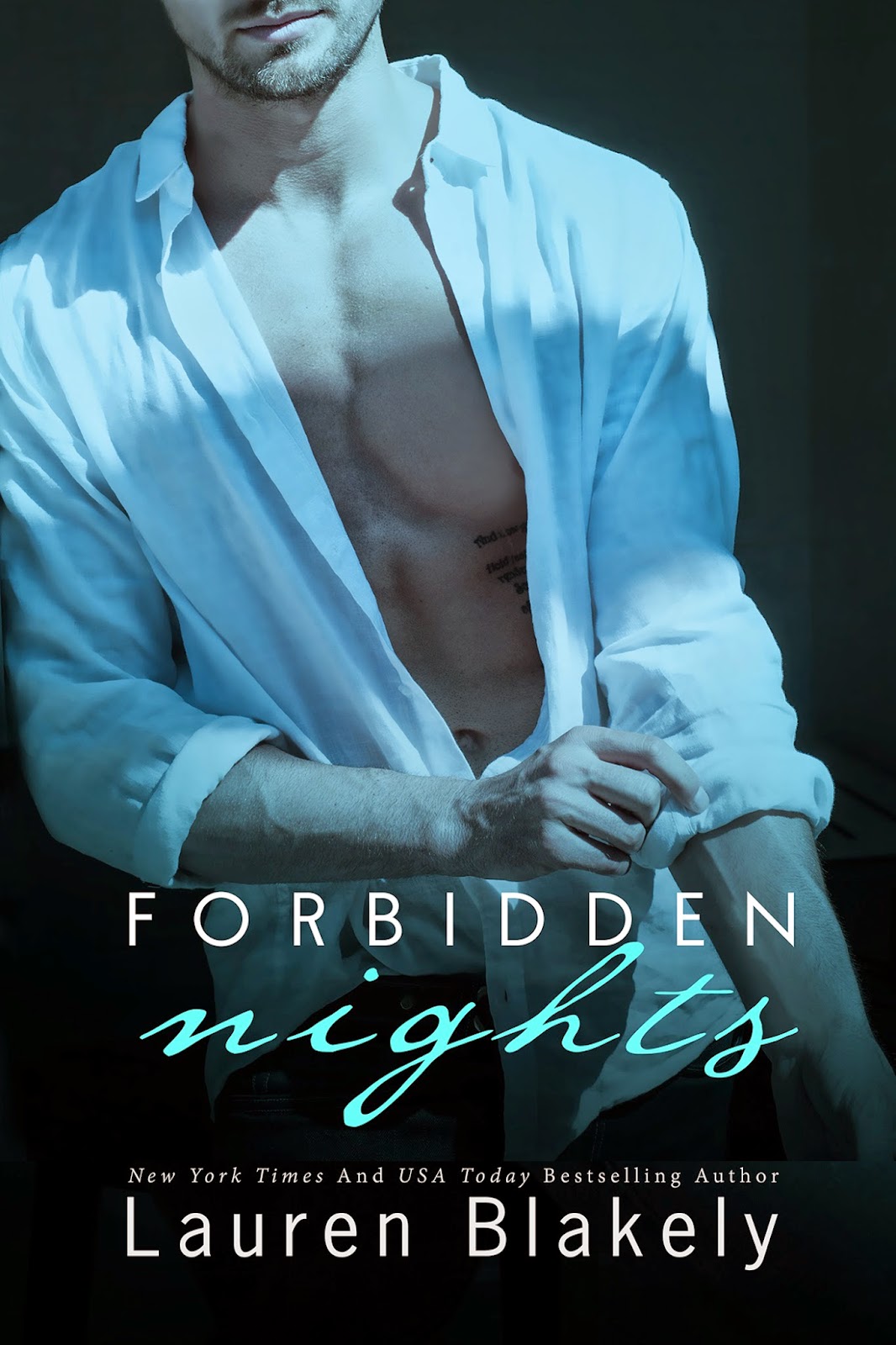 She has been the star of his dirty dreams for years.

Sexy hotel CEO Nate Harper has lusted after his good friend Casey Sullivan for a long time, and she’s cried out his name in pleasure countless times in his fabulously filthy fantasies. But even though he’s quite skilled at pleasing a woman, he won’t act on his intense desire because he knows he’s no good for her. After the kind of hurt his ex inflicted on him, he’s a committed playboy for life, and Casey only wants true love.

All that changes one hot night when she comes to him with a proposition he can’t resist — she wants him to teach her to be submissive in the bedroom. Casey soon learns how very much she likes letting go of control to him. She’s never been more turned on in her life than she is in Nate’s arms. And he’s never been more taken by a woman.

What happens when years of desire and lust ignite a passion that can’t be denied? 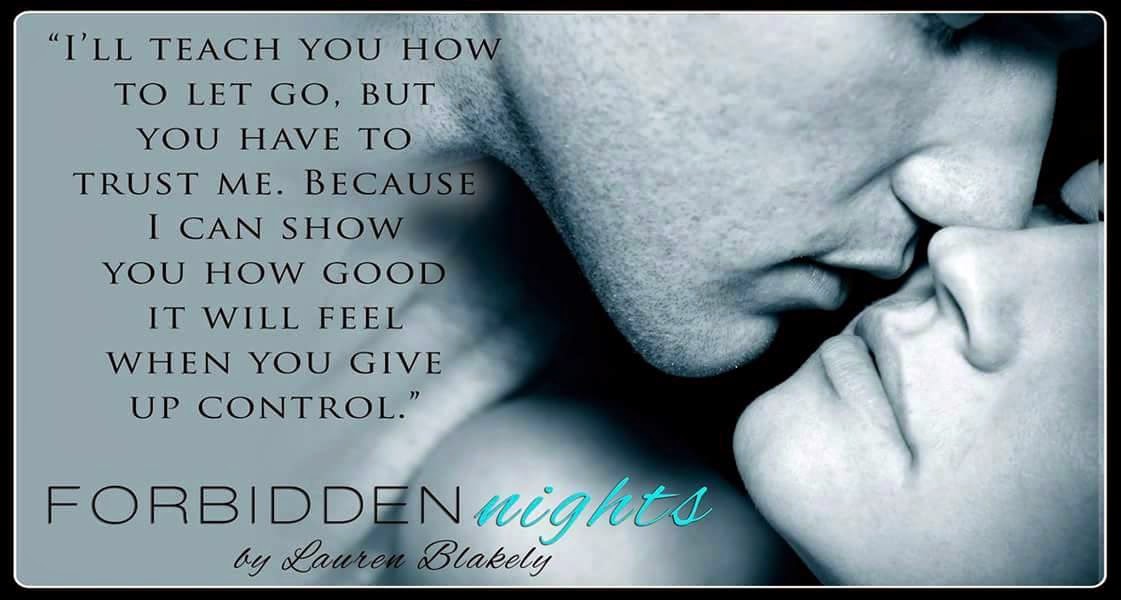 
He threw the napkin on the table and reached for her hand. Her expression was one of complete surprise. “Dance with me.”

Her lips quirked up and she seemed to understand what he’d done. Given her an order. She nodded demurely and he led her to a small sliver of a dance floor, near where the woman with the microphone was singing a Billie Holiday number. He pulled Casey in close. She tensed briefly, as if unsure where to rest her hands, whether on his shoulders or waist. He planted them firmly on his shoulders, and wrapped his arms around her sexy, slim waist that fit perfectly in his hands.

She breathed in sharply, as if acclimating to new air on a distant planet. “Why do men like a woman to give up control? What is it about the lack of control that men like so much?”

“It’s not that they like a lack of control. But a man wants a woman who gives herself to him. He wants a woman to melt into his arms, to get aroused from a kiss on the back of her neck,” he said, and traced a fingertip gently under her hair, watching her reaction as she drew in a breath. “It’s the hand on her arm.” He trailed his fingers down her bare skin to her elbow as he leaned in to whisper, “Or warm breath near her ear.” She gasped, and he kept going. “He wants a woman who’s so turned on, she’ll nearly beg for it. He wants her abandon. He wants to be the only one to make her feel that way.”

She parted her lips to speak, but he shushed her with his fingertip against them. God, he was so tempted to let her suck on his finger right now, to watch her simulate a blow job, to let her show him what she could do. But that would come later. He needed to kiss her first.

That is, after he teased her.

“At some point soon, some point very, very soon, I’m going to kiss you,” he said, watching the expression in her eyes shift to a heady kind of desire. Her fingers curved into his shoulders, holding on tightly to him. “You’re going to close your eyes,” he said, and then her lids fluttered closed. “And you’re not going to know when it’s coming. You’re going to want it. Your body is going to be crying out for a kiss,” he said, his voice husky and raw as her chest rose and fell, and she moved closer to him as they swayed. He cupped the back of her neck, watching her response to every touch, from the way her lips parted as he threaded his hands through her hair, to how she leaned back into him, almost relishing the way his fingers ran slowly through those soft, wavy strands. A sigh came next, a desperate needy sigh, and a barely-there arch of her back, her body seeking out more contact. “But I might not kiss you yet. I might run my hands down your arms,” he said, then did just that. “Or maybe I’ll stop telling you what I’m going to do.”

Lauren Blakely writes sexy contemporary romance novels with heat, heart, and humor, and her books have appeared multiple times on the New York Times, USA Today, Amazon, Barnes and Noble, and iBooks bestseller lists. Like the heroine in her novel, FAR TOO TEMPTING, she thinks life should be filled with family, laughter, and the kind of love that love songs promise. Lauren lives in California with her husband, children, and dogs. She loves hearing from readers! Her bestselling series include Caught Up in Love, Seductive Nights, and Fighting Fire. She recently released Nights With Him, a standalone novel in her New York Times Bestselling Seductive Nights series that became an instant New York Times Bestseller. Her next book in that series is Forbidden Nights, releasing in early 2015. She also writes for young adults under the name Daisy Whitney. To receive an email when Lauren releases a new book, text BLAKELY + your email address to 678-249-3375 (please use the actual + sign) 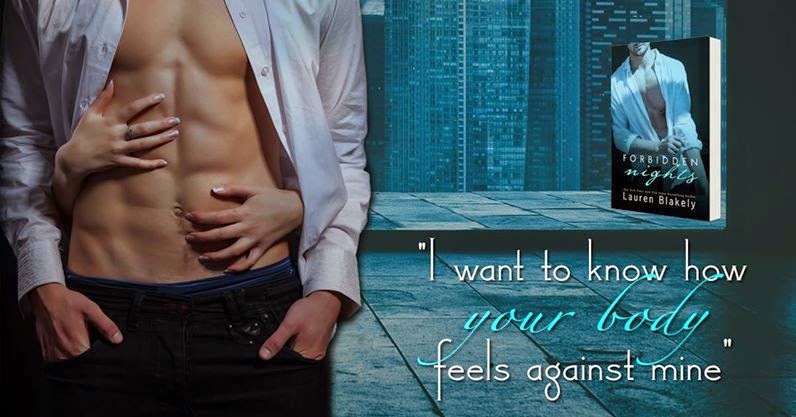 Lauren Blakely does it again and brings readers more smoldering, sexy nights in her Seductive Nights Series with her newest novel, FORBIDDEN NIGHTS.

In Lauren Blakely’s newest Seductive Nights novel, Nate Harper knows exactly how to please a woman. And Casey Sullivan is convinced Nate is the one to give her some hands-on guidance. Lauren wants to deliver with some pleasure for her readers too -- so she’s offering an extra special Forbidden Getaway GIVEAWAY at a value of $500 with this novel!

Back by popular demand, Lauren Blakely has put together an extra special Forbidden Giveaway for her readers-The chance to win your very own Forbidden Night, Seductive Nights Style! This is your chance to create your own Forbidden Getaway! You'll have the opportunity to win a night at your favorite hotel and dinner at your favorite restaurant, and all you have to do to enter is take the Be Seduced Trivia Quiz about the Seductive Nights Series in the back of the novel! This is your chance to discover a Forbidden Night of your own!* Readers can access the quiz in the eBook version of FORBIDDEN NIGHTS, and will have until February 21st to enter the quiz. To be clear, the back of the FORBIDDEN NIGHTS eBook is the ONLY location with the link to the quiz.**

FORBIDDEN NIGHTS is the next novel in the Seductive Nights Series and can be read as a standalone.

* Forbidden Getaway giveaway is for a value of up to $500 only.

**Paperback only readers can contact Lauren Blakely directly about how to enter the contest. 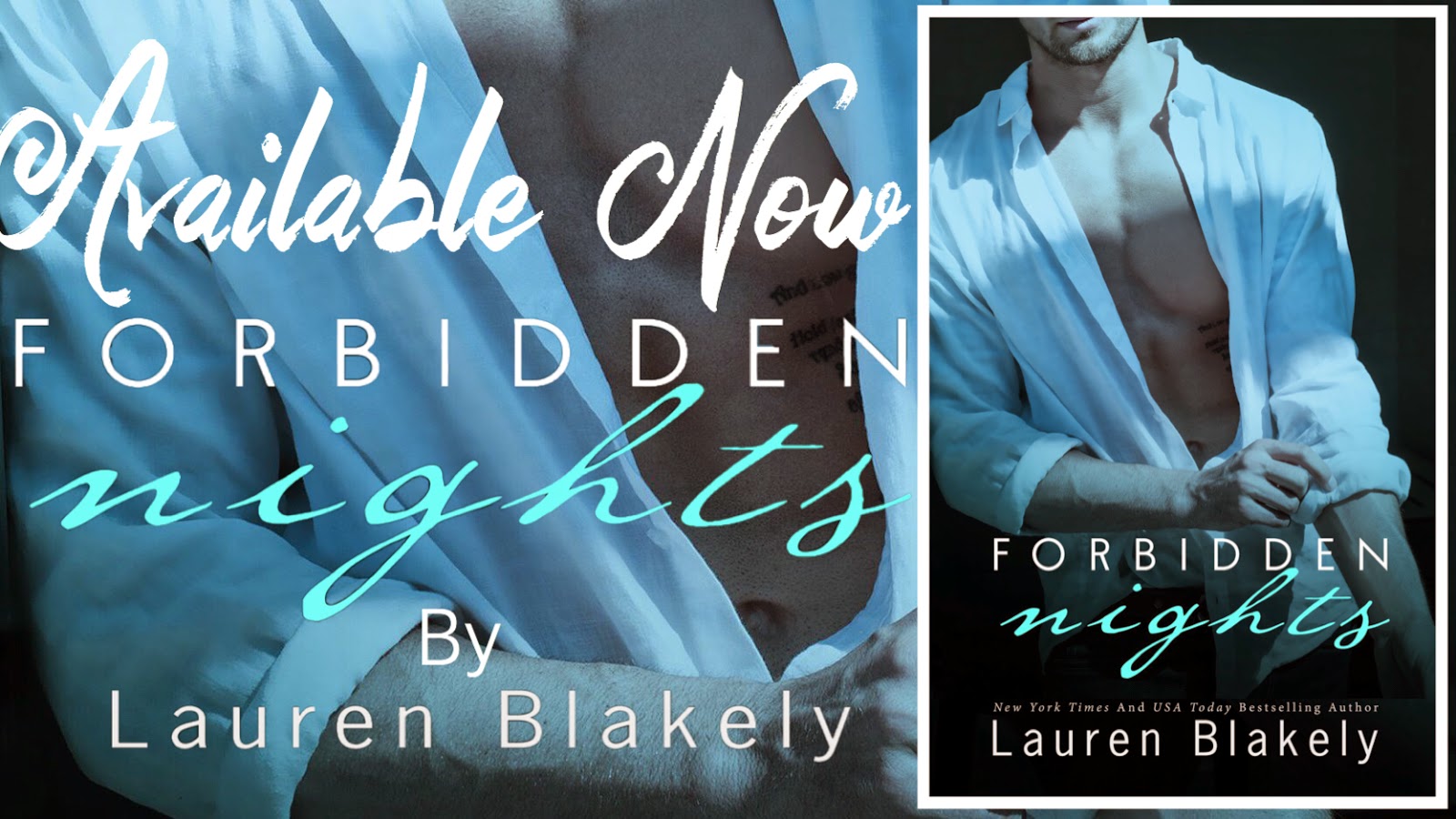