Release Date: Feb 22, 2015
Synopsis:
For so long, UFC Middleweight fighter, Camden Jameson lived in his twin brother’s shadow, competing to be the best. When he lost his way, he turned to the Dark Side and did some unforgiveable things. After his betrayal, he tried to earn his redemption, but it wasn’t enough. Now his whole world has fallen apart and he’s on the run from those who want him dead. But he’s not alone.

Undercover agent, Brooklyn Avery, has been assigned to Camden’s case, to watch and protect him. For months, she’s been in the shadows, keeping her distance. All of that changes when the mission takes a dangerous turn and she needs to get closer to protect him. Their love is forbidden, but once they see past each other’s scars, they realize they have what it takes to heal the other. Unfortunately, Camden still has a price to pay for his sins.
Lives will be lost, some will be damaged, and a dark, hidden secret will be revealed. In the end, Camden finally learns what it means to put everything on the line for love, even if it costs him. 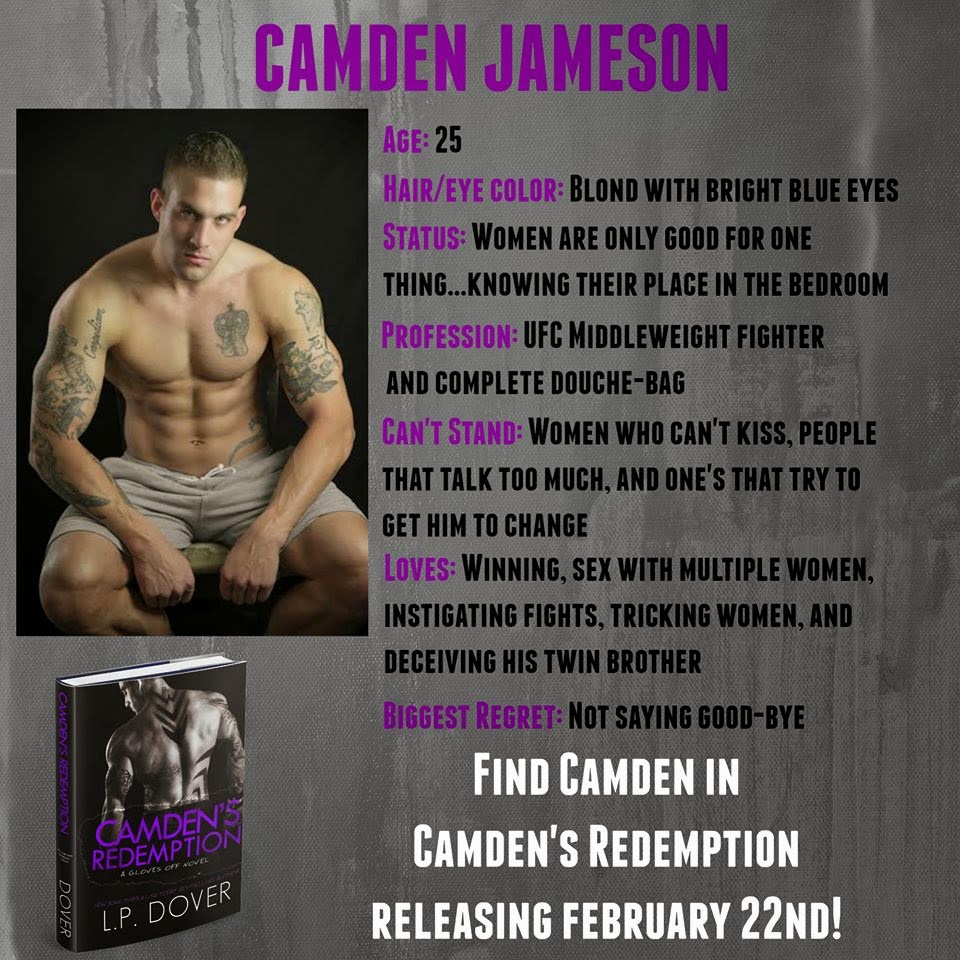 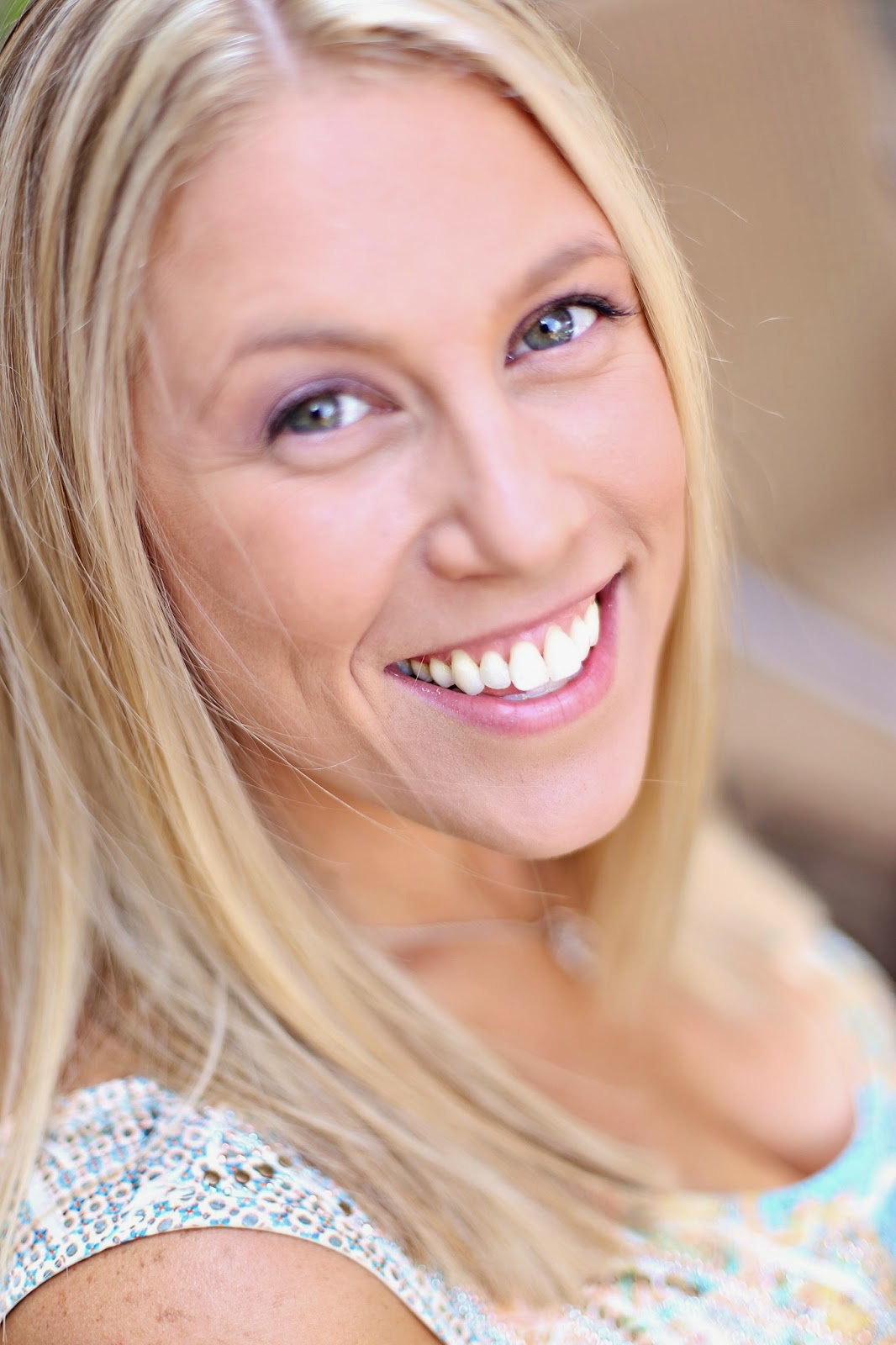 New York Times and USA Today Bestselling author, L.P. Dover, is a southern belle residing in North Carolina along with her husband and two beautiful girls. Before she even began her literary journey she worked in Periodontics enjoying the wonderment of dental surgeries.

Not only does she love to write, but she loves to play tennis, go on mountain hikes, white water rafting, and you can't forget the passion for singing. Her two number one fans expect a concert each and every night before bedtime and those songs usually consist of Christmas carols.

Aside from being a wife and mother, L.P. Dover has written over nine novels including her Forever Fae series, the Second Chances series, and her standalone novel, Love, Lies, and Deception. Her favorite genre to read is romantic suspense and she also loves writing it. However, if she had to choose a setting to live in it would have to be with her faeries in the Land of the Fae. 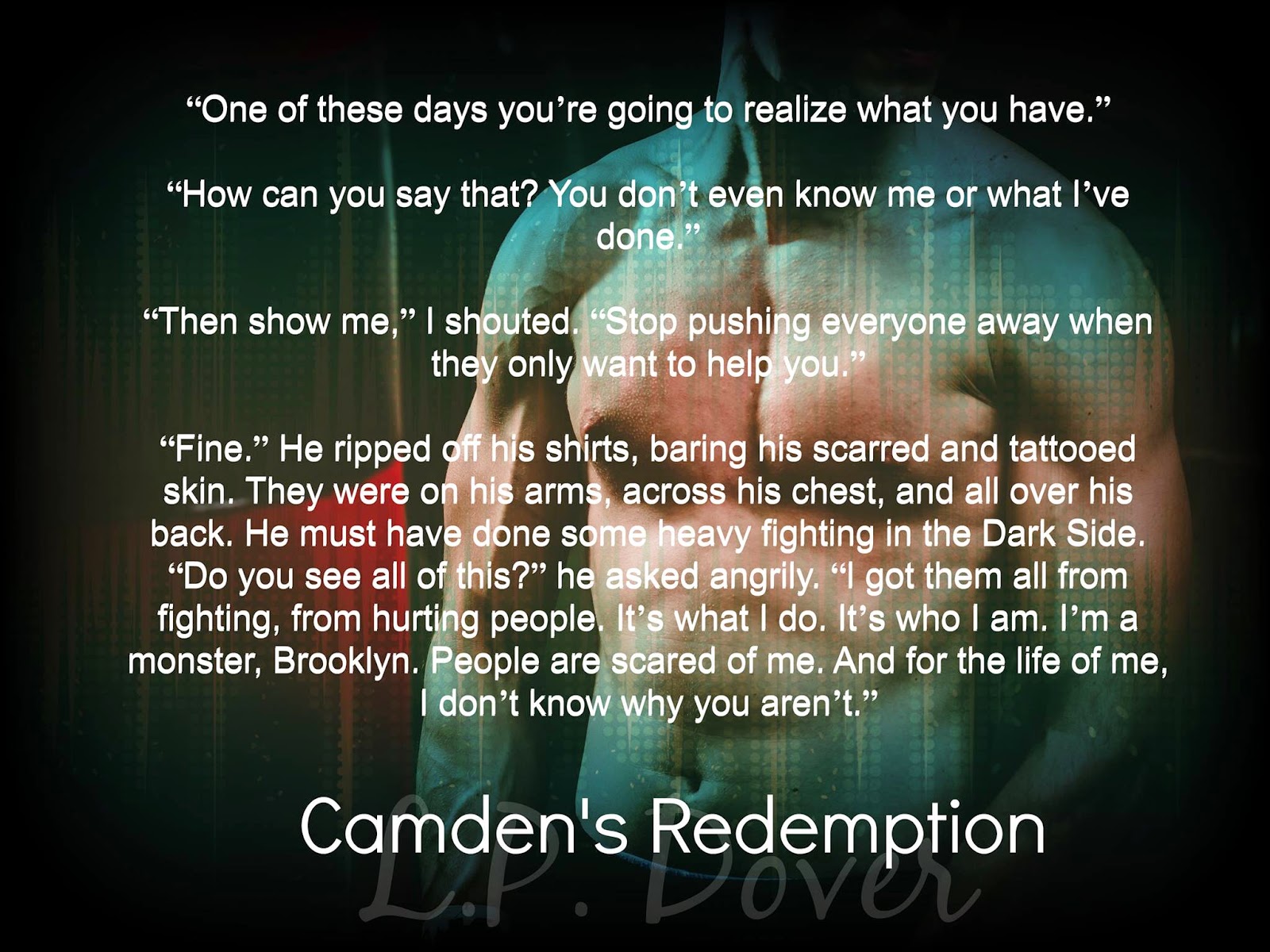