Promo-Excerpt and Giveaway: Too Many Reasons by Kristen Strassel 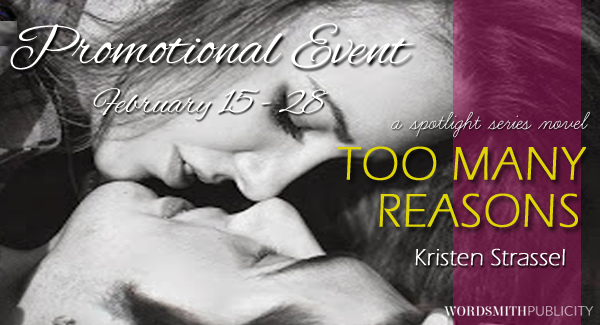 TOO MANY REASONS (A Spotlight Series Novel) by Kristen Strassel is here! Check out the excerpt and giveaway below! 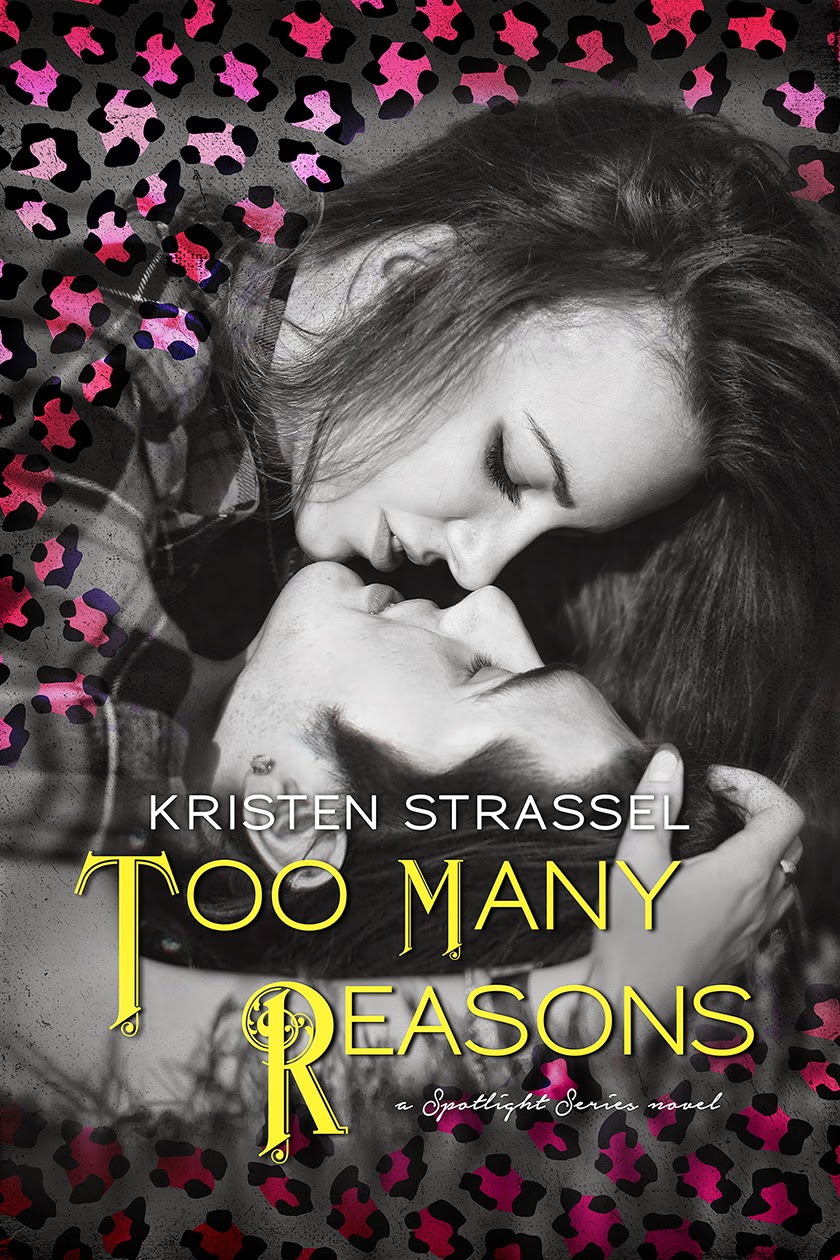 Devon sat back down on the futon, but first, he moved my computer out of the way so he could sit next to me. I didn’t want to touch him; his skin scrambled all the reason in my brain, but his leg brushed my knees, and I was just going to have to hold on for the ride. “How can I make you feel better?”

I twisted my fingers in my lap. “That’s a loaded question.”

Devon chuckled before lacing his fingers through mine. I sucked in a breath as his thumb moved back and forth on the back of my hand. “Maybe it’s time we stop dancing around the answer.”

His words zapped my heart, like it had never really beat before he said that. I looked up at him, and I wasn’t sure I’d ever be able tear my eyes away again. My mouth fell open, words were just jumbled things floating around in my brain, and I couldn’t grab on to any of them. Devon moved his teeth against his lip ring, and I gasped, realizing how much I wanted to taste his lips.

“What are you saying?” It was more of a breath than anything else.

“That I’m in love with you, Abby.” He took my hand and squeezed it. “And I have been for a very long time.”

My heart was going to explode. All over Devon, all over the apartment. Hell, all over the city. A smile spread over my face as my whole body tingled. All of a sudden, I felt shy. “I love you, too.”

Devon pushed a piece of hair that had escaped from my bun when I dipped my head. “Every time I try to do something about it, you shoot me down.”

I gasped, the moment ruined….or was it? When I looked back up at Devon, he wasn’t mad at all. In fact, he was smiling. This time, he knew it was going to be different.

I didn’t know it was possible to fall even deeper.

“So you asked me a couple weeks ago if I wanted to kiss you,” he continued, still smiling, picking up my fingers one at a time and playing with each one. “But you never let me answer your question.”

He’d tried to kiss me. I had thought it was pretty definitive. “Okay.”

“The answer is that I wanted to kiss you from the moment I turned around and saw who bumped in to me with their lunch tray. Which I know you totally did on purpose.” He nudged my knee with his leg. “And every day since then.” 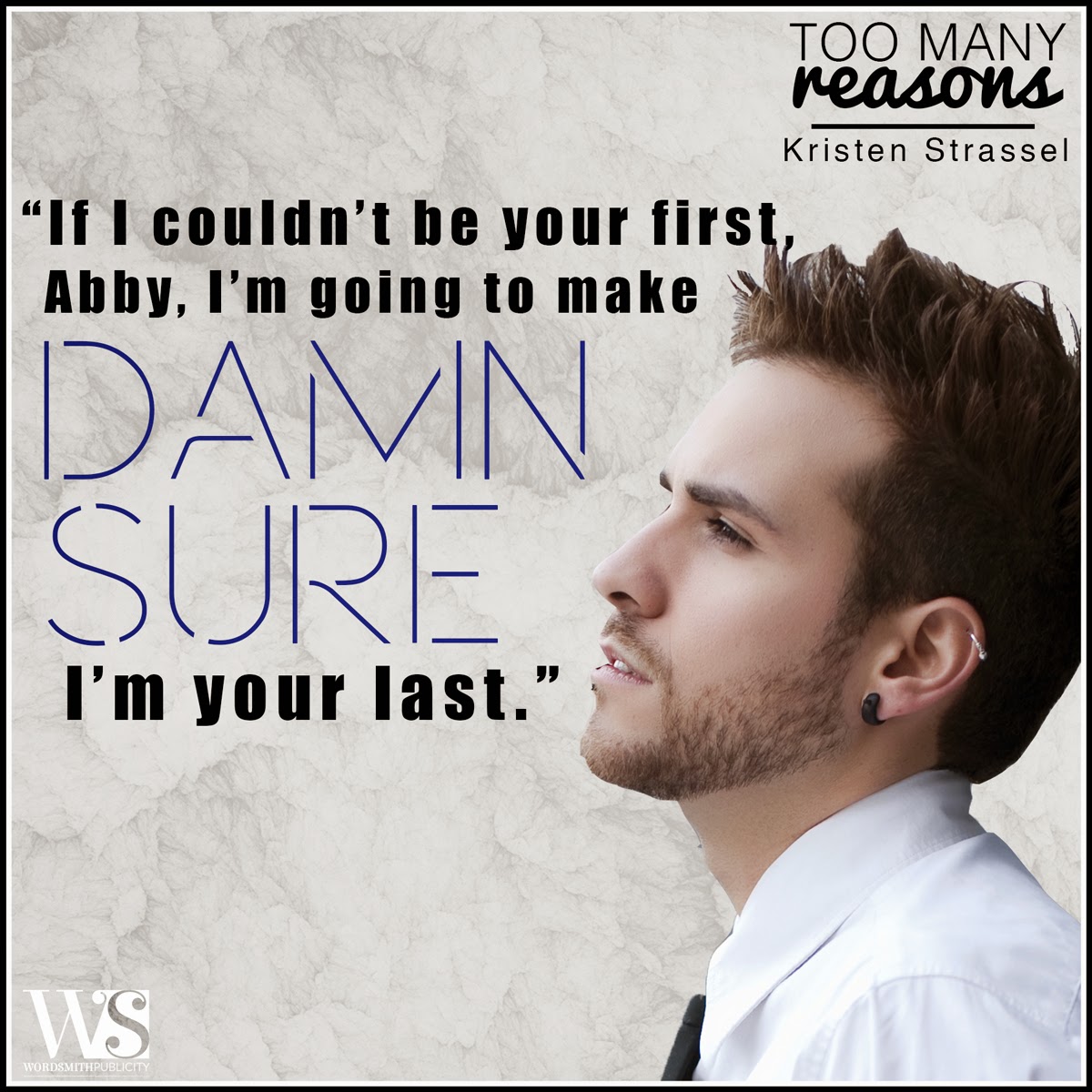 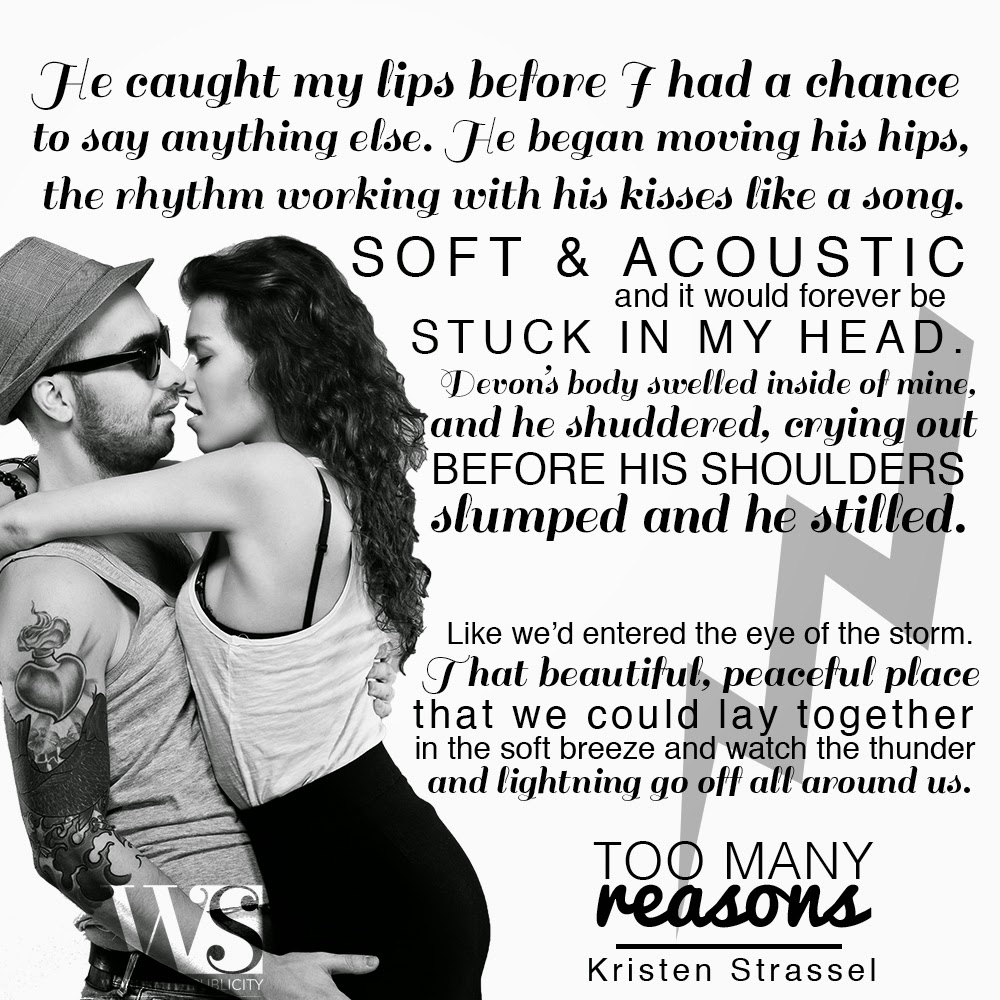 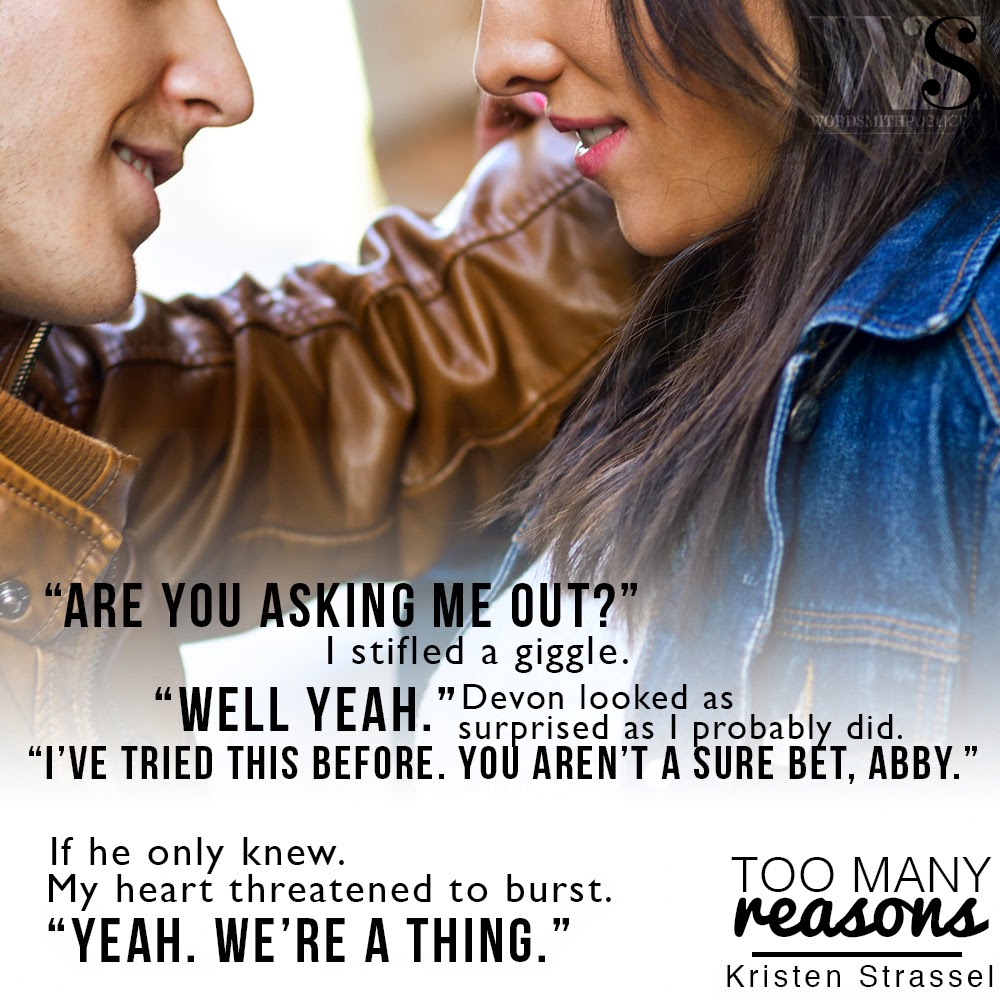 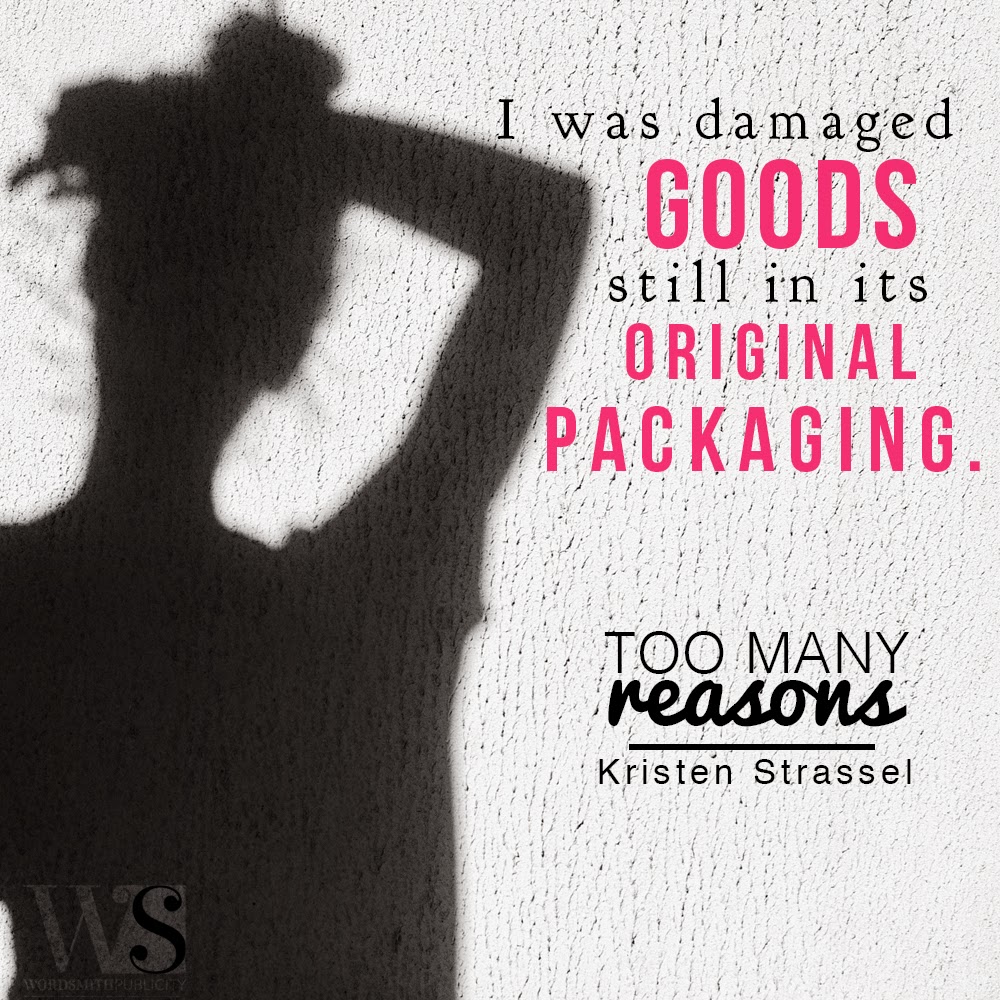 Kristen shares a birthday with Steven Tyler and Diana Ross. She spends each day striving to be half as fabulous as they are. She’s worn many hats, none as flattering as her cowboy hat: banker, retail manager, fledgling web designer, world’s worst cocktail waitress, panty slinger, now makeup artist and author. She loves sunshine, live music, the middle of nowhere, and finding new things to put in her house.
Website | Facebook | Twitter


Want to know what I thought about Too Many Reasons?  Check out my review on Goodreads!