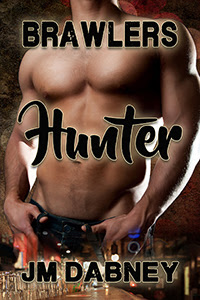 If there was a way to destroy his life, Hunter Black could do it. He was a catastrophe waiting to happen. Survival was his only priority and having to leave his old life behind meant a job of the legal variety. He'd found one as a bartender at Brawlers Bar and a safe place in a huge house with the rest of the bar crew who quickly became the family he'd never had. The one thing

Hunter didn't need was his old life tracking him down.

Deputy Wren Gramble hated his job and his weekend assignment of staking out a bar in the middle of nowhere waiting for drunks. Although he'd heard the homophobic and racist jokes going around about the crew and customers, he kept his head down and stuck to his job and nothing else. He despised being driven back into the closet, but he'd reached the end of the line, and he didn't know what he'd do if he earned another transfer.

Linus Trenton was considered the normal one in his family and according to the weird ones that meant he should be punished daily. He never came out one way or another, if he found someone attractive, he was attracted. His life was complicated enough having a crush on the sweet and awkward Hunter, but now he had to throw Wren into the mix. Linus didn't have time for dating or romance, most of the time he didn't even think about having a sex life. Although, Wren and Hunter were ruining his calm.

Hunter was in lust with the handsome deputy the minute the man pulled him over, but a man like that wouldn't give him the time of day. His friend, Linus, was another matter altogether. Hunter wanted both. His bosses made it work with their man, why couldn't he? Could Hunter prove he wasn't as much of a screw up as he appeared or would he have to call in backup to claim his men?

Let me first start off by saying that if you're going to read this book, you really need to read the other books in the series first.  This world has a lot of characters built over the course of multiple stories, and there's so many now that even after reading the other books, it was hard for me to keep everyone straight (no pun intended) in my head.  It's actually almost too many, and at times can get confusing.

So far in the series, Hunter's been such a sweet guy-though a bit (okay, maybe more than a bit) accident prone.  Now he has two guys wanting him-to his amazement-and not just that, but those two guys want each other as well.  To be honest, their threesome didn't feel like it was evolving naturally to me; it was more like they went from Hunter and Wren to putting Linus in the mix without really easing into it.  Just keep on going and everything was just assumed that was the way it would be...though I've noticed that the series has that happen a lot.

There's a lot going on, especially with so many different characters in this story.  The writing style this author uses makes it difficult for me to get comfortable while reading as I always have to be hyper-aware of all of the characters so I don't get lost.  I was glad that Hunter was finally getting his story, and while I liked that it was with both Linus and Wren I thought that the story would have benefitted from more relationship development between the three men.

All of the characters in this story and series are very open and matter-of-fact about their lives not just within the couples but with each other both privately and publicly, so it's really an "anything goes" series.  This book and series are meant strictly for readers 18+ for adult language and sexual content...not to mention plenty of raunchy behavior and conversations.

J.M. Dabney is a multi-genre author who writes mainly LGBT romance and fiction. She lives with a constant diverse cast of characters in her head. No matter their size, shape, race, etc. she lives for one purpose alone, and that's to make sure she does them justice and give them the happily ever after they deserve. J.M. is dysfunction at its finest and she makes sure her characters are a beautiful kaleidoscope of crazy. There is nothing more she wants from telling her stories than to show that no matter the package the characters come in or the damage their pasts have done, that love is love. That normal is never normal and sometimes the so-called broken can still be amazing.