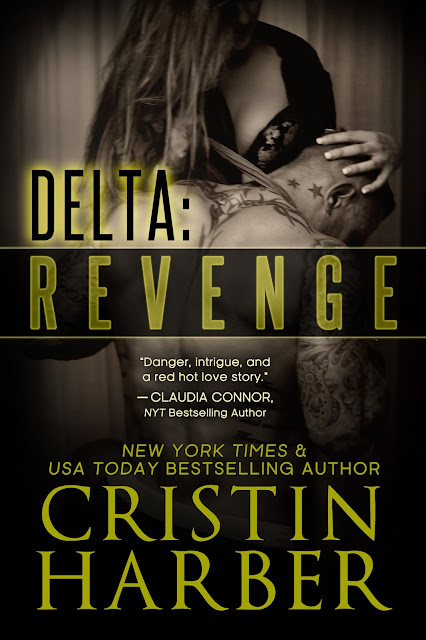 A Tortured Hero with a Heart of Gold

Growing up on the streets of Rio de Janeiro, Javier Almeida has only his older sister to protect him. When she’s sold to a human-trafficker, he vows to hunt down those responsible.

Years later, Titan Group’s Delta team finds him, tattooed and brawling, a vigilante protector with information they want. They take him in and train him, working him harder than a man should be driven, until he’s a soldier harboring an obsession. Ready for revenge, Javier ghosts his way across the globe, tracking the men who took his sister and working elite private security jobs.

Jilted at the altar, Sophia Cole turns the reception into a one-woman party. She’s intent on devouring all the cake and champagne, so she can bask in the calories she’s been avoiding. In the midst of the revelry, he walks in, the one man she can never ignore.

Javier is her older brother’s black ops teammate—an automatic Do Not Go There. But if there’s one thing better than fondant and a buzz to ease the wounds of a cheating fiancé, it might be a one-night stand with a South American military man.

It's a Game Changer

Javier didn’t expect to see Sophia again. He never thought he would even want to see her again. He shouldn’t have touched her, but his mind won’t stay away from her.

Now, Sophia Cole is thousands of miles away from the safety of her parents’ lavish estate and working alongside him in hell. She’s a staffer at an Embassy, and he’s there to keep them alive. There are bombs and bullets and blood-hungry enemies.

And then she’s taken. Gone. Just like his sister. But so much worse.

I'm a big fan of Cristin Harber's Titan series, and now the Delta spinoff.  I know going in to a new title that I'll get plenty of action, suspense and steamy goodness between the main characters...and here in Delta: Revenge, those expectations were easily met.

Now, me personally?  I could never fathom doing what Sophia does-traveling to areas that can be very dangerous trying to help women and children while at the same time helping gather intelligence (or at least facilitating others to do so).  I understand the sentiment behind it, but could never picture myself in that kind of situation...so that made it a little difficult for me to relate to Sophia's character.  As for Javier, he is a classic Titan/Delta alpha male protector and he's ultra-focused on his personal revenge on those who took his sister from him.  But once he and Sophia cross paths, things start to change.

The relationship that develops between the two is a bit unconventional since both have their own agendas to focus on, and neither of them want to give that up.  But the more they come together, the more things develop which throws a bit of a kink into their plans.

There's plenty of the action and suspense I mentioned previously, which keeps the reader on their toes.  The further in to the story, the stronger the pull between Sophia and Javier becomes-even though there is a lot of time they aren't actually together as they pursue their personal motives.  The fact that they are okay with each other being apart like this when they supposedly have such strong feelings developing for each other felt a bit odd to me, but honestly I've never personally had any cause that moved me like they did so it's hard to compare.

Delta: Revenge is another solid, well written romantic suspense and for me was a 4-star read.  Fans of the Titan and Delta series, this one is a no-brainer to add to your libraries, and if you're into this genre in any way, you won't be disappointed.  Recommended for those 18+ due to adult language and sexual content.