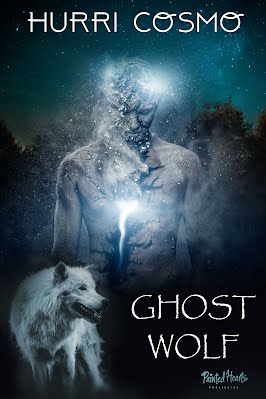 I’m grown up now and living in the big city which has me too busy to much care about either one of those things. I get out and run my wolf when I can, trying like hell to stay out of the local pack’s territories. Belonging to a “family” just sounds like too much work. I honestly don’t have time for such things. Besides, I was told when I was young the color of my wolf was all wrong. Too silver I guess. Metallic. I thought it looked cool in the full moon. “An Alpha would kill ya soon as look at ya.” My grandpa used to say. Course he wasn't my real grandpa. Just an old man who lived down the street. But he was a shifter too and I thought he knew it all. He probably knew diddly sh*t either but a guy can’t be too careful.

So romance? Way off the radar.

But then someone started killing wolves. Started leaving lined up broken bodies all in a nice little row next to the high school in my home town and it got me to thinking. If a shifter is killed in his or her wolf state, does he/she stay that way? Were these dead wolves like me?

I had to see what I could do. Kind of like a super hero. Oh yeah. Probably forgot to tell you this. I can turn invisible.

Yep, Ghost Wolf to the rescue.

So that was where I was at the moment. The pack was going to track me down and kill me because I didn’t have a pack and I peed in their territory and I was also pretty sure I brought the smell of their Alpha into my bedroom. Not sure what that would do, but “help” was not one of the verbs that came to mind.
Well, Grandpa, at least I got out of my teens.
The knock on my door startled me not only because of the direction of my thoughts but because it was loud and hard enough to rattle the dishes in my cupboard.
But it wasn’t the pack out to f*ck and kill me.
It was the landlord. However, it might just as well have been the damn pack because I didn’t have the money for the rent which was now officially a week late. I had tiptoed to the door and looked out that little peep hole thing but the asshole knew I was there. He banged again and shouted out my name.
“Taland, you f*cker! I know you’re eyeballing me right now! You’re late with the damn rent and I’ll have you out on your sorry little white ass if I don’t have it by tomorrow! You f*cking see if I don’t!” He wandered on down the hall then, pounding on a few more doors saying pretty much the same thing. I don’t think any one of us came to the door. Luckily, the man would drink himself into a stupor when he got back to his apartment which, of course, was why he had said “tomorrow” rather than later. He wouldn’t be able to even climb the stairs much less find my door after he opened a bottle.
The hell of it was, he would be back tomorrow and my part time job just did not do the trick. I had been able to get into college with a scholarship and some money from a “friend” of my mom’s but that unfortunately did not last long. And now with having to find all the rent money myself, things were more than just tight. I knew I was looking at having to drop out or at the very least, cut way back on the college credits and put in far more hours at work. But I had this delusion I would have been able to at least finish out the school year. Looked like that was not going to happen.
F*ck, I needed to run again. It had only been a handful of hours and it was already driving me nuts.
First thing on my day off, I was going to find somewhere safe to shift and run.
The next day my Strategic Management and Planning class went long and, the only other class I had that day, Business Law, the professor was a half hour late. I had to leave half way through his lecture in order to get to work on time. Then the supervisor, Mitch, dumped all the stand-bys on me and still expected me to answer calls. By time I got home I was already exhausted and the need to run was stronger than ever.
Buses, my main mode of transportation, went just about everywhere. I had studied the schedule along with a map before going to bed and thought I found a fairly good place to try. It was north of the city in a suburb called North Valley which had an expanse of forest that belonged to the state. It didn’t mean there were no wolves but at least there might be an argument the place didn’t belong to anyone in particular. Yeah, a weak argument, I know, but I really just needed to let my small pathetic little wolf out for a while without concern of discovery. The only thing was, this time I wouldn’t go peeing up the place. Plus, the fact I would be taking a bus to and from the woods, there would be no way to track me.
Totally wrong.
Why I thought I was safe was beyond me. All I thought about was getting free again, on all fours, running like the wind. I didn’t see him. I didn’t even smell him, not at first, not until it was too late. I felt the wind rushing at me before the jolt to my flank knocked me off balance. Suddenly I was rolling being tangled up in legs that were not my own. When the world stopped spinning I found myself pinned under a heavy body, a muzzle with sharp teeth drawn tight on my exposed neck. I had crazy visions of the animal weighing me down simply ripping out my throat but precious long seconds ticked by as I felt hot breath wash over my turned muzzle and neither one of us moved. We merely breathed.
I shifted. It wasn’t a conscious action. I think I did it out of self-defense. I would be bigger than the animal, maybe be able to scare it away. But now I was just a naked skinny man underneath a heaving dark gray wolf who was drawing blood from his hold on my neck. Suddenly the teeth were gone. I felt a rough lick and the animal forcing me into the forest floor shifted too.
Well, f*ck me silly. Another shifter.


Who would now probably kill me.

I liked the concept behind this story, and thought it was executed quite well for the most part.  There were points at which I thought the story was a little drawn out, but those I just powered through.  There's some good suspense, and quite a few interesting characters to be found.  And I'm always drawn to anything with fated mates.

I really liked Ryan, and how he doted on Trevor and supported him...classic alpha.  Trevor comes across as a bit clueless, which is to be expected since he truly didn't get much background into shifter culture as he was growing up...and that which he did receive was kind of skewed by his "Grandpa's" personal experiences.  Trevor and Ryan match well together, and I really did like them as a couple.

There are also some great supporting characters, my favorite was Keith-another alpha who also wants Ryan.  He seemed a bit too cocky in the beginning, but by the end I liked his character a lot more.

Ghost Wolf was an entertaining read, with enough heat and suspense to keep my attention throughout the story, even during the times when it dragged a bit.  Overall it was a 4-star read for me, and I think M/M paranormal romance fans will enjoy this book.  This one's for readers 18+ for adult language, sexual content, and a bit of mpreg near the end. 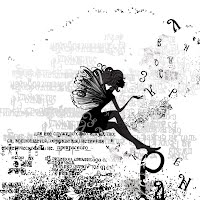 Hurri Cosmo lives in Minnesota where she holds tight to the idea that there, where it’s cold a good part of the year, she won’t age as fast. Yep, she avoids the truth as much as she avoids mirrors. But one of the reasons she loves writing is reality doesn’t always offer up a “happily ever after” and being able to take control of that is a powerful lure. Being a happy ending junkie, writing just makes them easier to find. Oh, she doesn’t mind “real life” and she does try to at least keep it in mind when she writes her stories, but she truly loves creating a wonderful couple, knowing they will fall in love and have their HEA. Every - single - time. And, of course, that is exactly the reason she loves reading this genre, too. Give her a glass of red wine, some dark chocolate, and her computer, whether she is reading or writing, and she will entertain herself for hours. The fact she actually gets paid to do it is Snickers bars on the frosting on the cake.