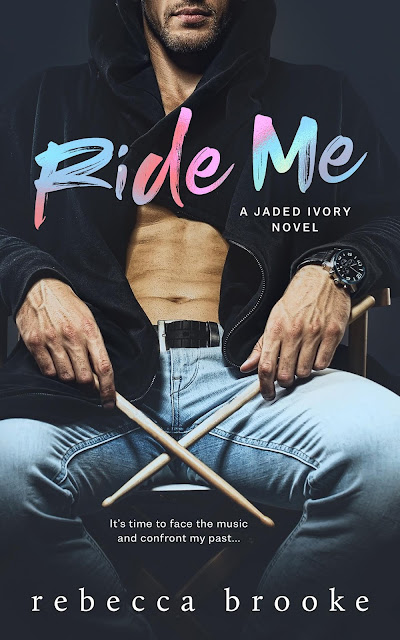 Regret. I’m a man living with regret. It eats at me night and day.


Eights years ago, I ran from Reagan instead of facing the music. I was sure he would shut me out if he knew the truth, so I beat him to the punch. I left and never looked back.

Or at least I tried not to.

To this day, Reagan is always in the back of my mind, trying to make me remember the fun we had. I always wonder what he would have thought if I’d told him everything.

The regret echoes in my head.

Now he’s standing in front of me, looking for answers I doubt he’s ready for.

Can Reagan accept me for who I really am? 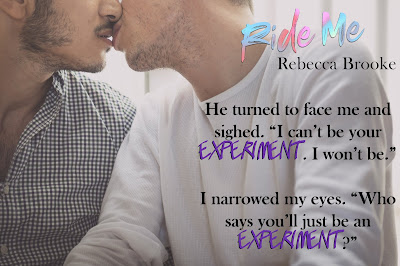 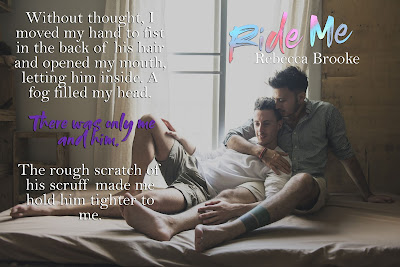 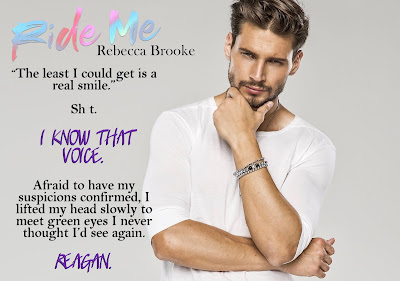 The combination of a rockstar romance, a version of second chance, and coming out for both main characters made Ride Me a strong draw for me as a fan of M/M romance. This is the first book I’ve read from this author, and though it is the second book in the Jaded Ivory series, I can definitely say you do not have to read the first book in order to enjoy this one; Ride Me stands on its own just fine.

There is a solid cast of characters here, not just the main ones, but with the rest of the band members and both Reagan and Sawyer’s parents as well. I do give a lot of credit to Reagan—he comes across as remarkably nonplussed as his feelings toward Sawyer come to light, ready to explore those feelings, and fully supportive of Sawyer. It’s a bit surprising how easily he steps into the relationship considering he’s never had any inkling of attraction to a man…which does give this story a gay-for-you edge even if at some point he begins to consider himself bisexual.

I adored Sawyer, and understood why he made the choices he did to stay closeted and to take off without telling Reagan years ago…though I might not have agreed with that particular choice. There was also a point near the end of the story where Sawyer makes a decision and does something that I was not happy about—something that is a real pet peeve of mine in any romance story (sorry for the tease, but telling you would be a big spoiler…so you’ll have to find out on your own!). But those things aside, I really did like his character, and I was truly happy for him and Reagan as I watched their relationship develop.

There are some points that are predictable, and some that frustrated me (what I just mentioned with Sawyer), but overall Ride Me was a good read and one that I would recommend. 3.5 stars from me, and the author does have me intrigued about the other band members and their stories. This book is meant for readers 18+ for adult language and sexual content. 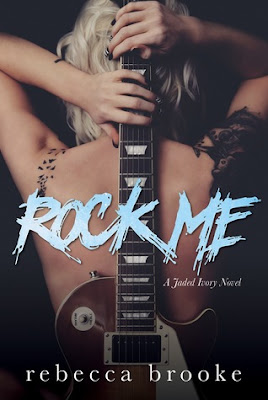 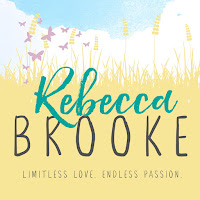 Rebecca Brooke grew up in the shore towns of South Jersey. Writing has always been a love for her, as well as reading. She loves to hit the beach, but always with her kindle on hand. She is married to the most wonderful man, who puts up with all of her craziness. Together they have two beautiful children who keep her on her toes. Rebecca is the author of contemporary, new adult, and paranormal romance. 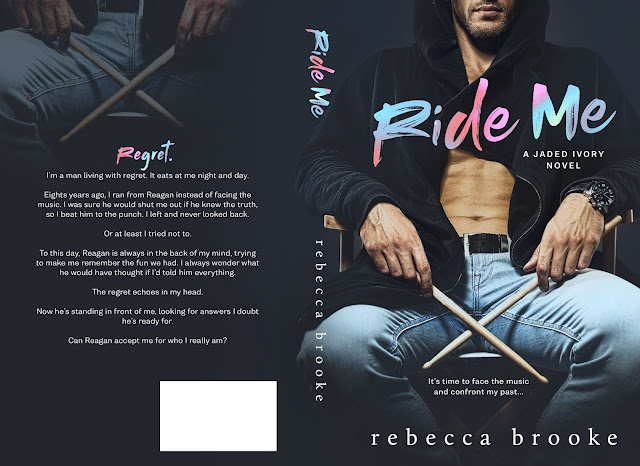