Have you ever met someone after a long period of time with no contact? It can be awkward, exhilarating, sad, happy, it depends on the person. Maybe you bump into a friend you lost touch with but used to hangout with a lot, or maybe it's an ex boyfriend and you didn't part on the best of terms.

At the start of Made In Portugal, Joel and David haven't seen each other since they were teenagers. They were the best of friends and inseparable but thirteen years is a long time. How do you think that meeting go? And with all the family around nonetheless.

Here's an excerpt from Joel's point of view of how he felt just after meeting David.

I stood on the pavement outside the café waiting for David to finish so we could walk home. Breathing in the crisp evening air, I couldn't help but shiver a little. The contrast of the warm days and colder nights in Portugal at this time of year meant I was underdressed in just a shirt.

Of course, seeing David threw me into such a spin I didn't know whether I was coming or going. "God, I am such a loser," I muttered to myself while shaking my head.

Throwing myself at David the moment I saw him earlier was probably the most ridiculous thing I'd done in years. I couldn't regret it though, even if David thought I was a little strange. In that split moment, I had just needed to hug my friend and show more than tell how much I missed him. Once that moment was over though, I realized I was pressing against a very much grown up, beautiful and muscly version of my former best friend.

I'd felt an instant attraction to David, my body betraying me as it had never before, and all I could do was smile to avoid giving away how I was truly feeling. I couldn't begin to work through all my emotions and let's face it, I wasn't sure David was gay, not to mention I couldn't even go there. First and foremost I could only hope we would be friends again.

All evening my eyes kept finding their way towards David. I had to work very hard to look at other people too but damn, it was so hard. I almost wished I'd seen David before this evening to acclimatize myself to the presence of those dark brown eyes that looked so warm and sincere even if I could detect a little bit of sadness hidden beneath those long eyelashes.

I'd have to make sure we could spend some time together.

I needed to get to know David again.

Wondering if the years of separation had done irreparable damage to our friendship I hoped that whatever bridges I burned by being away I would be able to rebuild over the next few weeks. 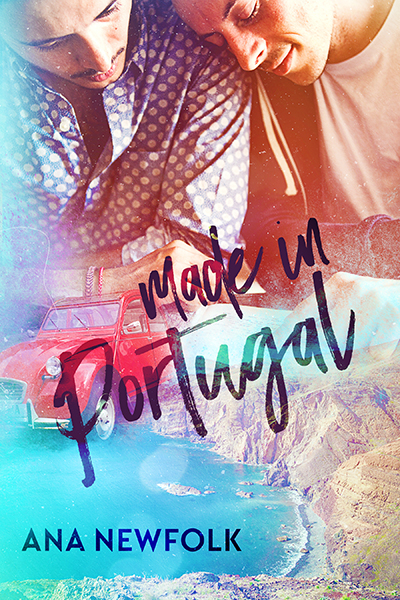 
At 10 years old Joel was uprooted from his home and everything he knew in Portugal to start a new life in the States. At 26 he finds himself returning for the first time in thirteen years. So what if looking into the eyes of his childhood best friend again still makes his heart race out of his chest?

Living in sunny, laid-back Portugal isn't all it's cracked up to be. For David, dreams of being a pastry chef come second to working in his family's café where his renowned custard tarts draw in the crowds. Seeing Joel brings old feelings back. Feelings he's not sure he's brave enough to acknowledge to anyone other than himself.

With the inspiration of an old travel journal, the two friends embark on a real journey through memories in a country where looking back into the past runs as deep as the blood that courses through their veins.

Falling in love was never meant to be a stop along the way, but maybe inevitable when you have the adventurous spirit and courage to pursue what you want, make love under the stars, and even figure out how to jumpstart an old Citroen 2CV in the middle of the Alentejo countryside. 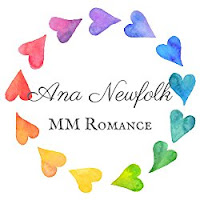 Ana Newfolk was born in Portugal where she grew up surrounded by sunshine and countryside. She has always had a deep love of reading, and ever since she can remember her favorite presents and treats have always been books. She would often be found in her not-so-secret spot reading her favorite adventure books (when she was younger) and romance novels (when she discovered boys). At 20 years old she moved to the UK where she has lived since.

In 2015 Ana stumbled across her first MM romance novel by chance, and she was hooked. She loves reading about men falling in love, hard, fast and ever so sweetly. This new found love for LGBTQ+ romance has opened a new world for Ana, and in 2017 she decided to finally listen to the voices in her head and write them down.

In addition to the time she spends reading and writing Ana has a full-time job that involves meeting lots of people with interesting stories to tell. She also loves baking as much as she loves watching people eat what she creates, much to the delight of family, friends and work colleagues alike.