Review, Excerpt & Giveaway: LOVE YOU SO MADLY by Tara Lain (Love You So #2)

Its finally here!! LOVE YOU SO MADLY,  the second book in the Love You So series!

Will Ben give up a lover who drives a Ferrari for one who rides the bus? 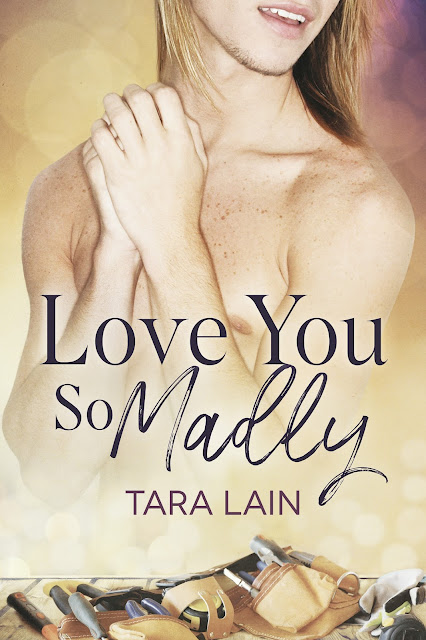 Love You So Madly

(Love You So Series, Book 2)
By Tara Lain

Ben Shane has it all… and he’d like to give some of it back. While he loves his job heading a foundation that funds worthy causes around the world, his engagement to one of America’s wealthiest men leaves him feeling more like a trophy wife than a valued partner. The first warning that his relationship might not be designed to last is his irresistible lust for Dusty Kincaid, the golden-haired, bright-eyed handyman for his company.

Though Dusty is odd for a twenty-three-year-old—no liquor, no sugar, and he can’t even drive—the more Ben gets to know Dusty, the more he admires him. But is Ben going to give up a guy who drives a Ferrari for one who takes the bus? He must be mad. Dusty knows he and Ben can never work.

After all, Ben’s perfect… and Dusty isn’t. But Ben might surprise everyone with proof that he’s only madly in love.

Available for purchase at at: 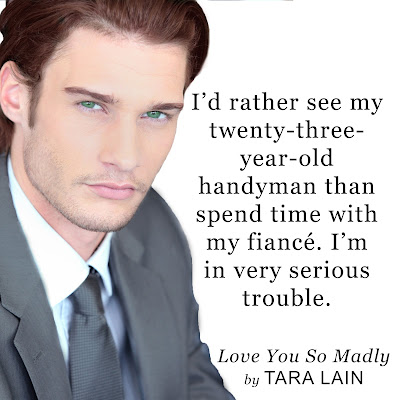 In the car Dusty said, “Can we listen to that nice music again?”
He’d noticed. “Sure.” Ben flipped on the Chopin.
For a few minutes, they rode in music. Ben cleared his throat. “Dusty, do you mind if I ask how old you are?”
“Oh sure. I’m twenty-three. How old are you?”
Ben almost laughed. As an executive in a top firm, nobody ever asked him that. But turnabout was fair. “I’m twenty-nine.”
“Wow. You’ve done a lot in your life.”
“Thank you.” Ben glanced at Dusty.
“I haven’t been able to do so much, but I’m working at it.”
“That’s what counts. Keep moving toward your dreams.”
“I like that idea a lot.” He leaned his head back and closed his eyes.
“So your dad doesn’t live at home?”
“No. Never has. My mom’s taken good care of me, though.”
“Has she always been a nurse?”
“No. She had to work so hard. She was only sixteen when she had me, but she never gave me up, no matter what anyone said.” He took a deep breath and let it out in a long exhale. “And no matter how hard it was.”
“She sounds amazing.”
“She is.” He looked out the window. “It’s hard for her to, you know, let me do stuff, but she’s the best mom.”
“So you’re not married?” Ben chuckled.
Dusty mirrored the chuckle. “Not yet.”
“Have a girlfriend?” Oh, very subtle, Shane.
“No.”
“Not yet, huh.”
“Not ever. I’m gay. But I don’t have a boyfriend yet. I’d like to, though.”
Well, okay. Ben swallowed. “You would?”
“Sure, wouldn’t you?”
“I’m, uh, engaged.” Sh*t. Sh*t. Sh*t. When did I decide to become Mr. Purveyor of Truth?
The passenger seat became deeply silent.
Ben glanced over. Dusty’s eyes were closed, and he seemed to be breathing deeply.
“You okay?”
“What?” His eyes fluttered open.
“Sorry. Just asking how you’re doing?”
“Good, thanks. Just drop me on the curb over there.” He pointed to one of the entrances to Orange Coast College.
“How will you get back to my place?”
“Bus.” He smiled, but his glance scampered all over the place as he opened the door. “Have a great day.”
Ben couldn’t stop. He put a hand on Dusty’s arm—his sinewy, muscled, hot-as-f*ck arm. “Dusty, what’s wrong? Come on, tell me.”
“Nothing, honest. Just sometimes it’s hard not to wish I was somebody else.” 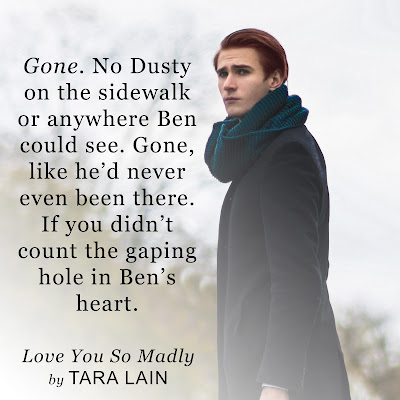 Okay, so…Dusty. He is one of the most adorable, lovable characters I’ve read in a long time. He comes across as sweet and innocent, and is overprotected by his mother. But he’s intelligent and handy, and I can’t imagine anyone not liking him.

Ben is engaged to someone who comes from money—a LOT of it—which for him seems to be presenting some hazards to their relationship. Ben knows the value of hard work, and puts that into practice daily. But it’s something he truly loves to do, especially with the giving nature of his work. When we first meet his fiancé, Alan, he seems nice enough…but as we get further into the story, all is not quite what it seems with his personality and his values as compared to Ben’s.

The story is mostly sweet, with a definite zing of spice once Ben and Dusty are finally together. There are plenty of laughs, with some of those courtesy of a fantastic supporting character, Anastasia. Besides Dusty, she was my favorite character in this story—someone who tells it like it is, has a ton of money but knows its value even better than Ben, and can size someone up and not let anyone get away with anything when they’re being an ass.

My only issue was with how fast everything between Ben and Dusty went in the last bit of the book—it was crazy fast compared to the rest of the story, especially when they hadn’t yet had time to really get to know each other.

Other than that, I really enjoyed this sweet story, and can’t say enough how wonderful Dusty’s character is. I’m giving Love You So Madly 4 stars (it’s that super fast progression at the end that is keeping me from going higher), and the adult language and that nice bit of spice between them makes this book one for readers 18+.

Love You So Series 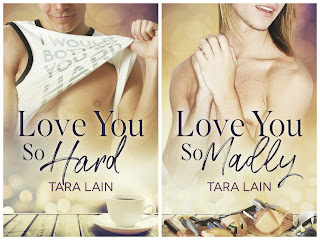 Available for purchase at: 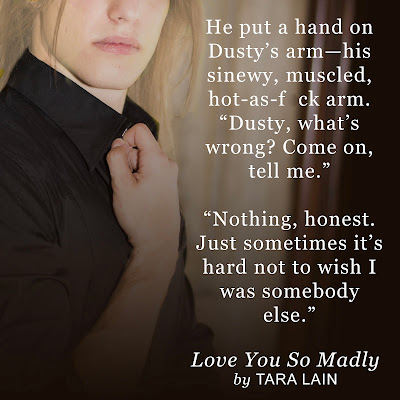 Tara Lain writes the Beautiful Boys of Romance in LGBT romance novels that star her unique, charismatic heroes. Her best-selling novels have garnered awards for Best Series, Best Contemporary Romance, Best Erotic Romance, Best Ménage, Best LGBT Romance,  Best Gay Characters, and more. Readers often call her books “sweet,” even with all that hawt sex, because Tara believes in love and her books deliver on happily-ever-after. In addition to writing dozens and dozens of romance novels,  Tara also owns an advertising and public relations firm. Her love of creating book titles comes from years of manifesting ad headlines for everything from analytical instruments to semiconductors. She does workshops on both author promotion and writing craft. Together with her soulmate husband and her soulmate Dog, she recently realized a vision to live where there were a lot more trees and a lot fewer cars by moving to Ashland, Oregon. She hasn’t stopped smiling since.

You can find Tara Lain at: 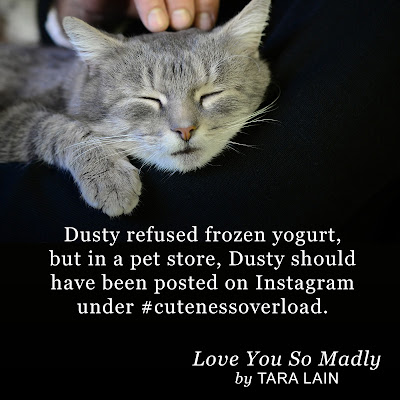 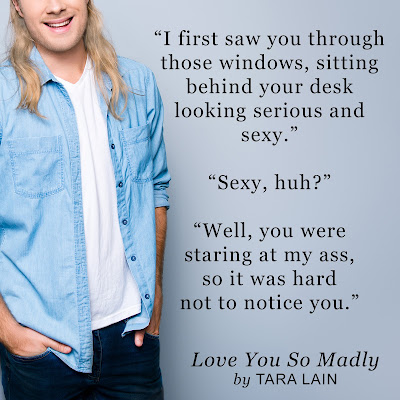