"Western Song" grabbed me from the opening pages and didn't let go until the very end. ... this book could cross genres, not just for fans of the western romance and interracial drama...but for anyone who just likes a moving, beautifully-written, and powerful read!
- Steph Coleman --Goodreads; Barnes & Noble; Indie Book Reviewers

Available now for $3.99 only. Grab your copy today.
Available on Amazon.com

FUN FACTS: The Creation of WESTERN SONG by LEIGH PODGORSKI

With Stephen’s help as well as a wonderful screenwriting class with an inspiring teacher, I developed Western Song into a full-length screenplay. Again with Stephen’s help, I was able to get the screenplay around to some big fish including Clint Eastwood at Mariposa and Kevin Costner. 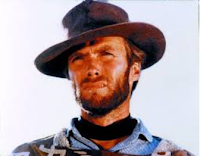 Leigh Podgorski is an award winning playwright and screenwriter. Among her favorite projects are a play and documentary on Cahuilla elder Katherine Siva Saubel entitled We Are Still Here and the one-act play Windstorm for which she interviewed Dr. Elisabeth Kubler Ross. Leigh's novels include The Women Debrowska that is loosely based on her own Polish ancestry, Ouray's Peak which follows the story of one matriarchal Ute Indian lineage, and the metaphysical mystery series Stone Quest that includes Desert Chimera, Gallows Ascending, and Neuri Shape-Shifter. Several of her theatrical monologues have been published by Meriwether Publishing, Gerald Lee Ratliff, editor. Her newest novel is Western Song published by Solstice Publishing.
Western Song is a timeless love story filled with rich unique characters played out beneath the wide Wyoming sky about a bull riding rancher and his recently deceased best buddyís Thai immigrant mail order bride; as she learns the true power of freedom, he discovers he's lost his heart. In addition, Solstice has also published Leigh's short story The Season of the Neuri Knight, a short story that will be released as a standalone and is currently available in the Anthology Realms of Fantastic Stories Vol2; and the novella My Soul to Take, which will be released on October 31st in the Anthology Now I Lay Me Down to Sleep Vol 6 and also as a standalone.
Visit Leigh's works on the Violet Hills Productions website
Connect with Leigh Podgorski on social media:
Amazon Page | Twitter | Facebook | Facebook Writer Page | Linked-In
In partnership with