HEART & DAGGER
The Ships in the Night series, Book 1 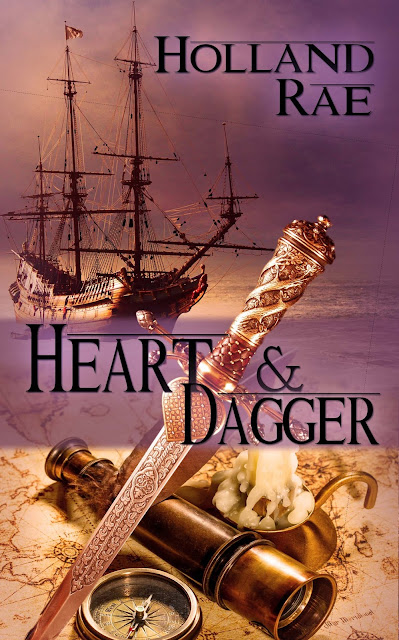 Lady Charlotte Talbot hasn’t seen Armand Rajaram de Bourbon, her oldest childhood friend and once betrothed, since his family returned to India when she was fifteen. Since then, she has left a groom at the altar, changed her name to Catalina Sol, opened a house for unwed mothers and orphans, and captained a ship, the Liberté, crewed by the best fighters in the Spanish Main. She’s no longer the lady he left behind, not that she’d admit to wishing he’d return.

When Armand’s brother is kidnapped, he breaks his rule of never engaging with pirates. But desperation drives him to the Liberté and a life he thought he’d left far behind. He’d do anything to save Henri, but Armand never expected to find Charlotte here, and now that’s he’s found her, he doesn’t have a clue what to do about it.

Together, they must face kidnapping, pirate captains, blackmail, and themselves. The Liberté may sail thousands of miles from the shores of England, but that might not be far enough to escape the past. 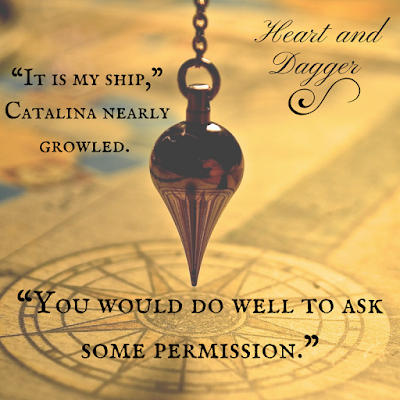 “Like you, Armand?” she asked him. Her voice had reached an even tone, with no emotion evident, and that was far more terrifying than her angered yelling. Like him. He could have been her husband these years now, had he ever written back, had he not turned himself away from everything London and Paris were to him. He had been a coward and fool.

And yet, the knowledge did not serve to calm his temper in the slightest. Instead, he nearly ground his teeth to dust, as she continued her even speech.

“I have never needed a man to care for me,” she said, her gaze so full of disdain, Armand felt himself growing smaller in the wake of it. “I have never needed anyone to care for me.” This time, when she spoke, there was no denying the sadness that filtered through her words, or the expression in her eyes, and Armand felt his own grief in it, felt his own sadness as it mirrored hers.

“Why are you trying to change me?” she asked him. He knew he needed to back down, knew that if he spoke right at this moment, as this woman stood before him in her britches, then he would regret it forever. He knew all these things, and yet the anger seemed to consume him, anger, fear, sadness.

“It’s about time someone tried.”

He watched her finish dressing and leave without another word, but there was no denying the pain he saw in those beautiful eyes, and he felt all the hurt he had caused her as acutely as if someone had dug a knife into his very own body. Of course he didn’t want to change her, not the glorious laughter that exposed her long stretch of beautiful neck, not the way she treated the world’s misfits, offering them love and joy, so much more than just clothing and food. There was not a single thing in the world he would change about Catalina Sol.

He stopped short, eyes still wide upon the doorway through which she had only just left. If he didn’t want to change her, then why had he said so? Why had he said the one thing he knew would hurt her more than all the rest?

Because she had done the same.

She hadn’t even said no, hadn’t even rejected him in a way that stood to break him, but as Armand stood in Catalina’s chamber all alone, he realized he hadn’t proposed out of honor. He hadn’t suddenly developed the sense of responsibility that had forsaken him all those years ago.

He had proposed because he wanted to marry her. The thought was like a knife turning in his belly, and it sent a shard of new pain through his temple.

He had wanted to marry her.

As she had lain in the morning sunshine, her hair spread around her, that delicious glow upon her skin, Armand had believed it his duty to marry Catalina, but it hadn’t been his duty. It hadn’t been his responsibility. It had been his desire.

And then she had laughed, had laughed and thrown his betrayal of their once future in his face, and Armand hadn’t understood why he had been so angry. But he understood now, he knew exactly what had driven him to say the words he knew would bring her to her knees. Because she had brought him to his knees and Armand Rajaram de Bourbon, earl, comte, somewhere in line for an Indian princehood, didn’t like the sensation one bit. 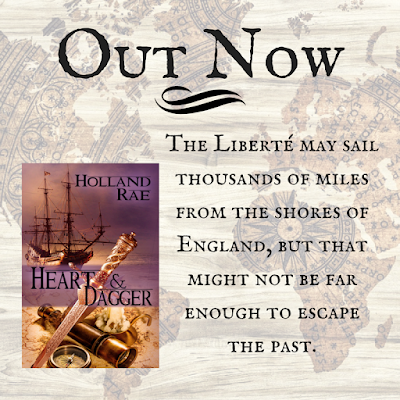 Holland Rae is an author of several works of erotic and romantic fiction in both the contemporary and historical genres, and enjoys pushing the limits of freedom, feminism, and fun in her stories. She has been an avid writer for many years, and recently moved back to her home state of New Jersey from Boston, after completing her education in journalism and creative writing. In her free time, she loves to travel, and spent several months living in a 14th century castle in the Netherlands. When not exploring the world, she likes dreaming up stories, eating spicy food, driving fast cars, and talking to strangers. 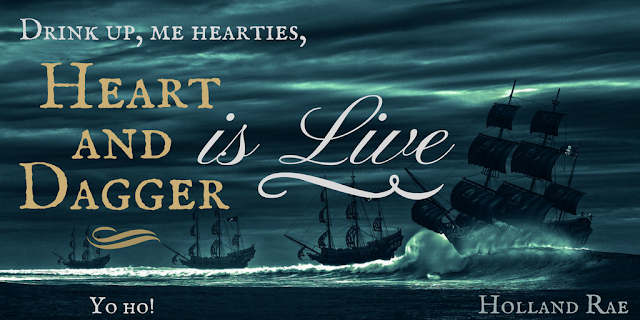