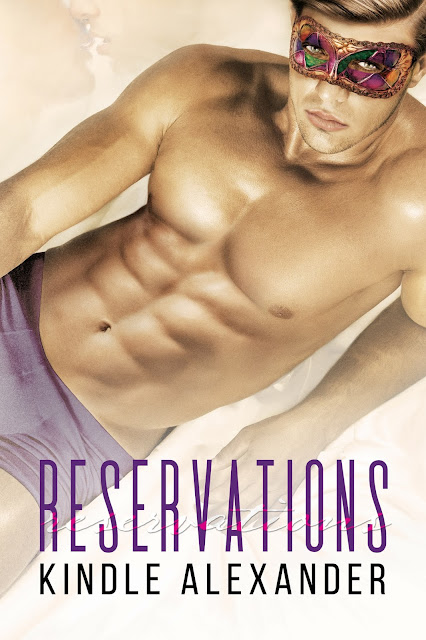 Amazon Review - ““Reservations” by Kindle Alexander is a rare gem in the world of M/M Romance, because it is genuinely compelling story telling!”

Amazon Review - “A beautifully written love story that is guaranteed to melt you heart!”

Wildly successful entrepreneur, Thane Walker is stubbornly set in his ways. Adamantly resistant to the shackles of commitment, he’s seen enough unhappy endings to learn the best way to play is by keeping his men on the payroll.

Levi Silva’s dream of graduating from one of the country’s top medical schools is in his grasp, until news from home changes everything. Now, he’s raising his two teenage brothers and trying to keep everyone’s head above water, emotionally and financially.

When Levi’s new job puts him in Thane’s path, their chemistry explodes, but their fear of being involved in relationships keeps them apart. Unfortunately, despite the intense desire drawing them together, neither man can move forward until they get past their own…Reservations. 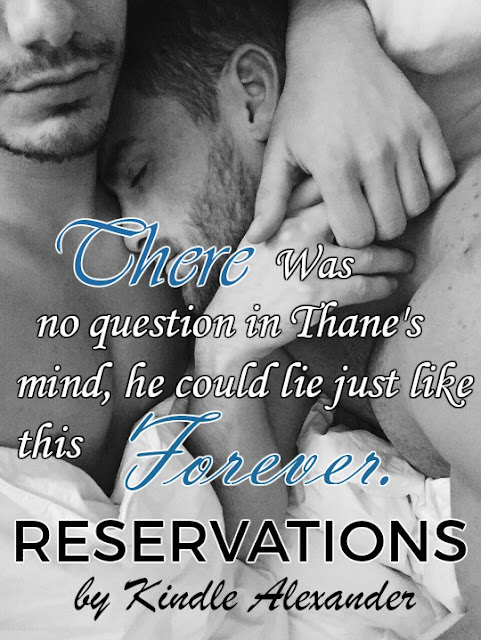 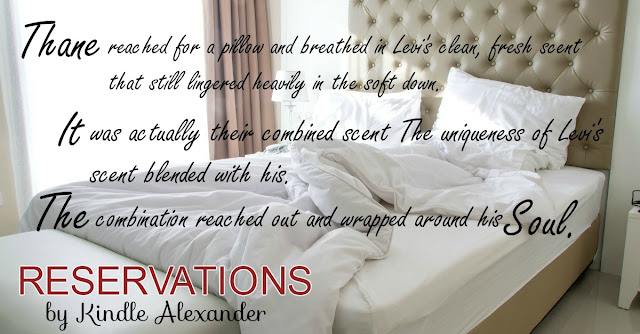 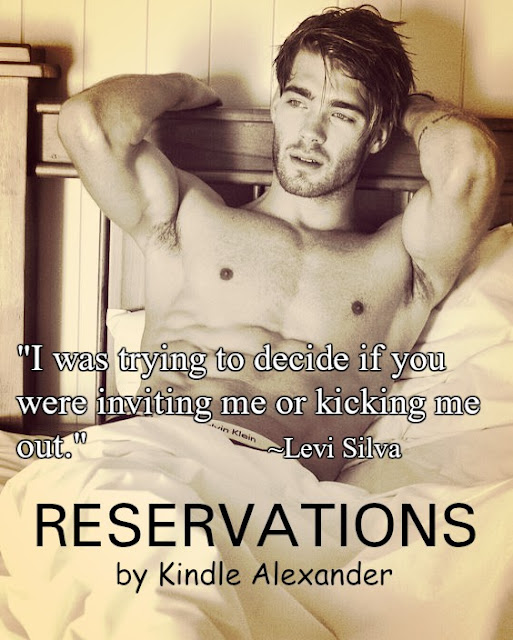 Reservations is dominated by the simply incredible chemistry between Thane and Levi.  Everything about them together just works, so when the emotional heartrending moments come, they pack a bigger punch.

When the story first started out, I found Thane to be not simply confident, but actually more overly arrogant.  He didn’t seem concerned about what Levi actually wanted, he was more focused on how to get his own way.  All the chemistry and scalding hot intimate scenes in the world between the two of them wouldn’t have been enough for me to get past that if he were to insist on continuing that path.  It’s only when he realizes what his *gasp* heart wants and finally gives in to it that my opinion of him started to change.

Levi…damn, I just loved everything about this man.  He’s quite the opposite of Thane.  Levi had a less-than-privileged upbringing, though his father did his best to take care of his boys.  Levi is determined to keep his brothers together with him once his father passes away, and he’s focused on that above all else.  I admired his strength of character, and yes he was absolutely my clear favorite in this story (sorry Thane!).

Both Thane and Levi are stubborn as heck, neither wanting to give in to compromise…at least not until their feelings grow to scale-tipping proportions.  Those emotions allow for both of their characters to experience growth as their relationship develops into something deeper and a lot more meaningful than either of them expect.

Reservations is high on emotion and off the charts on heat; my only gripe would be when Levi’s mother factors into the story as I thought that was just a bit much on the angst scale.  The story already had plenty of tension and issues to resolve without his mother playing into it—for me, I could have done without that part of the story as I didn’t feel it really added anything to the plot.

Overall this was a 4.5-star read for me; take out Levi’s mother and that extra half star would have appeared.  Regardless, this is one I highly recommend for every M/M romance fan.  This story is meant strictly for readers 18+ for adult language and explicit sexual content (yeah, you’ll want to crank the A/C and keep some buckets of ice handy for this one!). 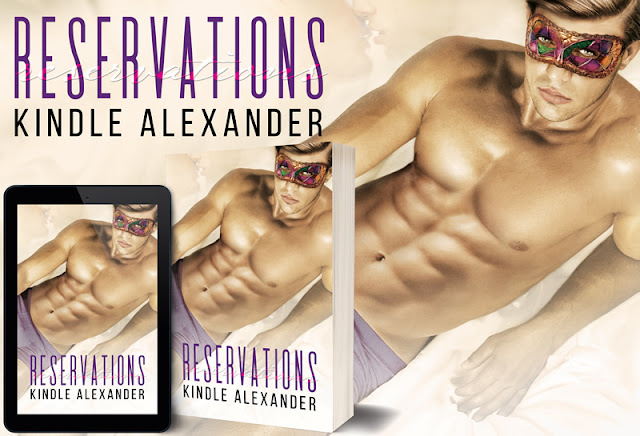