We are so thrilled to share the cover of HART ATTACK with everyone today! HART ATTACK releases this November and Roman's story is one you won't want to miss!

Outside of Titan Group, there are few people that Roman Hart would die for. He’s a soldier, a protector, and he’s haunted that one of the people he should’ve been able to protect didn’t let him. That was years ago, and now a hardened heart and a cocky attitude are his impenetrable shields, until one woman—one challenge—drives him to distraction.

On the outside, Beth Tourne has it all. Luxury car, gorgeous condo, and a job partying with the rich and famous. It’s a plush CIA cover, but she wants more. Anything for an adrenaline rush that can override her guilty numbness and let her forget the tragedy she never saw coming.

Their scars make them perfect operatives. Their mirrored pasts give them deep, wounded reasons to stay alone. But the more they ignore the tension, the more vulnerable they become. Survival means trust. In one another, behind closed doors, and on the job. The only way they’re making it out alive is if they find peace while waging a war.

If you haven't read SWEET GIRL by Cristin Harber, the new adult prequel to GARRISON'S CREED, you can grab it from iBooks HERE for free for a limited time! Sale price is also available on Amazon, Barnes and Noble and Kobo!

Roman backed her against the wall, hands crawling up her arms, down her back. His body was too cut, too big. Too much to want to say no to. She arched into him, on him, her breaths far too stilted.

His fingers traced her jaw, his lips so close to hers. “You’ve changed your mind?”

No. Maybe. “Yes.” Thick air filled her lungs, rabid hunger made her lust drunk. The warmth of his almost-there kiss teased her without touching. “I changed my mind.”

He took a step back and bumped his fist against the wall over her shoulder as his head dropped back. “F**k me.” He took a shaky breath in. “You’re drunk. I’m not. Let’s go before I become the asshole prick you think I am.” 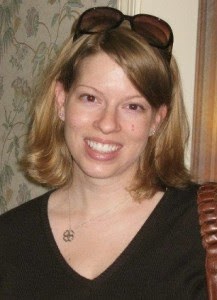 She lives outside Washington, DC with her family and English Bulldog.