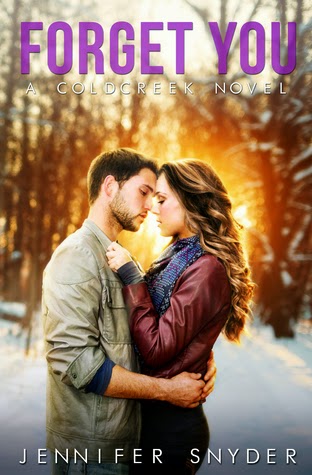 Eva Bennett might be known for her candid approach and sharp tongue, but on the inside she’s still a
vulnerable twenty-four year old who’s sick of kissing toads and being habitually single.
Full of comical one-liners and wielding a charming smile, Sawyer Keeton is more than meets the eye. After the news of his brother’s tragic death, however, Sawyer is pulled into a place filled with crippling emotions and pain—a place no one can seem to reach him…until the moment Eva steps into his life.
A twist of fate will bring them together and then tear them apart, forcing the two to learn there are people in life whom you cherish and pray will never forget you.

“Do you have any tattoos?” I grabbed my drink. Playing with the straw, I stared at him as I waited for his answer. Everything else had been answered correctly, by my standards, and I found myself silently praying this answer would be right too.

Sawyer’s lips quirked into a slow smile. “Tattoos? Is that something you’re in to?”

“I’m the one asking the questions here,” I countered in a failed attempt to deflect how desperately I wanted his answer to be yes.

His brows rose to his hairline at my tone. “Okay. Yes, I do.”

My heart kick-started. Damn, Sawyer was perfect on paper. He didn’t live with his parents; he had a car, a job, muscles, and tattoos. Lauren would be proud I’d found someone bona fide.

I arched an eyebrow. “What of and where?”

There was a serious need to know festering inside of me. He pulled off his jacket, and placed it on the back of his chair. My eyes fixated on him as he pushed up the sleeve of the long John beneath his polo shirt and flashed me a script tattoo along his forearm. Leaning over, I read:

Reaching out, I felt along the smoothness of the words without thinking. Was this a military thing, or just a lifelong reminder?

“What made you decide to get those specific words?” I pulled my hand away, and leaned back in my seat, eager to know his reasoning behind it.

Sawyer tugged his sleeve back into place, and shrugged. “It’s the truth. The things that hurt us the most make us stronger in life. It also goes hand in hand with my military training. The pain from pushing myself physically and mentally only helped to make me stronger in the end.”

I had a feeling the words meant more to him in the first aspect than the second.

“Thanks.” He chewed on the inside of his cheek as though he were lost in thought.

“Do you have any more, or is that the only one?”

The trance he was under lifted and his eyes locked with mine again. He grinned. “Are you a tattoo junky?”

“I’m the one asking the questions for the moment, remember?”

“Right, I forgot.” He chuckled. “I have one more. I can’t show it to you in public though, at least I don’t think.”

I tilted my head to the side. “Oh really?”

“Yeah, it’s definitely in one of those you-show-me-yours-I’ll-show-you-mine places.”

“Ah, okay. Maybe some other time, then.” I grinned, liking the flirty tone to his words more than I should.

“I hope.” He flashed me an impish grin.

Dear God, me too. Thoughts of where this mystery tattoo could be spread through my mind like a wildfire. I hoped it was somewhere nice, like somewhere along the sexy V I was positive I remembered him having. My teeth sank into my bottom lip as I continued to think of all the places it could be.

Sawyer Keeton is the type of guy you want to hang around just to hear all the hilarious things that come from his mouth at random. He’s a one-liner master. While Eva first thought he was an arrogant ass, she realizes soon that she was incredibly wrong. Sawyer isn’t full of himself, he’s just charming. Even with a sense of humor like he has, he still manages to be super sweet at all times.
He’s an active member of the National Guard and absolutely loves the sense of duty that comes from it. Sawyer goes wherever he is needed and takes pride in being there.
It’s while he’s away for training that his older brother tragically passes. This is something that breaks Sawyer completely, forcing him to become obsessed with the big question of why. Why his brother was was taken so soon? Why no one was was there to help him? It’s Eva who unknowingly makes him forget his sadness for brief moments at a time. This is why he needs to know her. In his mind, Eva is the beautifully sarcastic girl who relieves him from his inner pain.

Four Facts about Sawyer:
* He drives his brother’s car, because he can’t bring himself to think of anyone else being behind its wheel.
* He has two script tattoos, and lives by them every day.
* He loves to ride his dirt bike.
* The very first thing he noticed about Eva was her incredibly colored eyes.
Favorite Sentence:
(Hands down it would have to be Sawyer’s philosophy on wrapping Christmas presents.)


“Wrap it like it’s a diaper. As long as it keeps the sh*t in, that’s all that matters.”

Head over the Jennifer Snyder's Facebook page to enter her Swag Pack Giveaway! 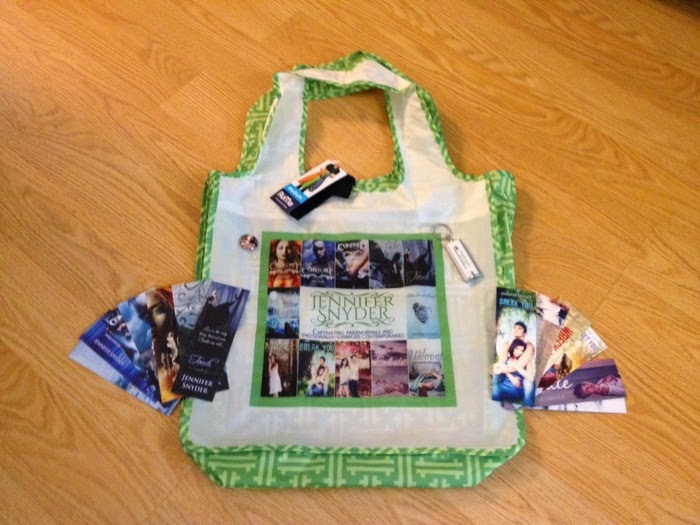 About the Author
Jennifer Snyderlives in North Carolina were she spends most of her time writing New Adult and Young Adult Fiction, reading, and struggling to stay on top of housework.  She is a tea lover with an obsession for Post-it notes and smooth writing pens. Jennifer lives with her husband and two children, who endure listening to songs that spur inspiration on repeat and tolerate her love for all paranormal, teenage-targeted TV shows.
SHATTERED SOUL was my debut novel and no, you haven’t seen the end of me yet…
Website, Twitter, Goodreads, Facebook Author Page

Facts About Forget You

1) The Coldcreek Companion Series was supposed to end with Lauren’s story (Wreck You), which would have been a total of three full-length novels, when I started planning out the series. However, once I met Eva in Control You (Coldcreek Book 2) I knew she deserved her own story.

2) Eva grew up in foster care which left her with many issues as an adult, but also pushed her in the direction to become a Social Worker. This is what she’s going to college for.

3) While each novel in the Coldcreek Companion Series touches on some fairly heavy emotions—some more tragic than others—I feel as though Forget You is the most emotional out of the four.

4) Sawyer Keeton is Eva’s love interest in Forget You. While being one of the funniest guys I’ve ever had the pleasure of writing, he was also an active member in the National Guard which was something I knew nothing about.

5) While writing Forget You I was lucky enough to score an interview with a local active member of the National Guard. In the interview I asked everything I could think of…Including what he missed most while in basic training. His answer was (not surprisingly) privacy.

6) When I was writing the bonus short story (Forgive You) found at the end of Forget You, I cried throughout typing the final page. Also, the bonus short was a complete afterthought, something I hadn’t intended to write, but felt readers would enjoy for more closure.