Welcome to the cover reveal for Pretending Hearts by Heather Topham Wood!  Check out this fantastic cover: 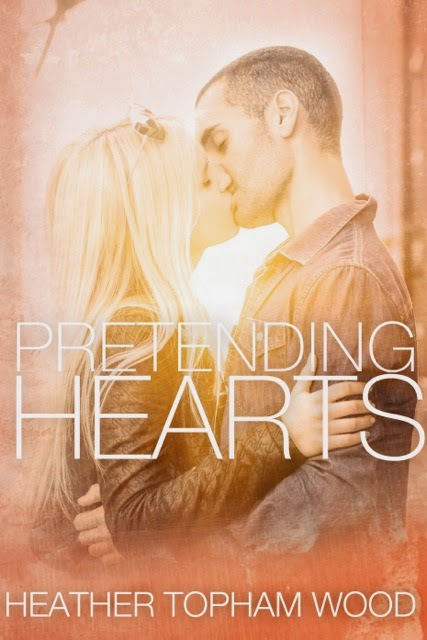 Delia Bridges is done living in the shadows cast by her ex-convict father and her football star brother. Attending Cook University will finally give her the chance to be her own person and hopefully find love at the same time. When she meets Wyatt Johnston, she knows immediately he’s the one.

Wyatt fulfills all of Delia’s requirements for the perfect man: he’s rich, handsome, and a talented forward for Cook’s soccer team. However, Wyatt turns out not to be the man she thought. When he dumps her and simultaneously ruins her reputation, she has to start over once again.

Levi Caldwell has every quality Delia doesn’t want in a boyfriend. He has no money, works for the maintenance staff at Cook, and has no problem sharing his judgmental opinions about how Delia is living her life. Despite her growing attraction for the tattooed drummer, Delia tries to avoid Levi. But when a new crisis threatens to destroy all she has rebuilt, she finds Levi is the only person she can trust.

Excerpt
Cole gestured to the remaining shot glass on the bar counter. “Do you want Levi’s shot?” he asked. “Levi swears he becomes tone deaf if he drinks while playing so he passed the drink up.”
“No thanks,” I said before swerving my head back and forth between Cole and Evan. “So identical twins? Are you very close? Is twin ESP a real thing?”
“No, but I can read your mind and sorry we’re not interested,” Evan replied with a stony expression. “We’re not into threesomes, so get it out of your head.”
“Huh?”
“I know a lot of girls have a fantasies about being with twins. Especially two as hot as us.” Evan smirked. “But it’s just not happening, sweetheart.”
“Will you shut it, Evan.” Levi came up from behind me and I could hear his annoyance. He turned his head to face me. “He’s just messing with you. My brothers have a warped sense of humor.”
“You guys were really great,” I said as I felt all of their eyes on me. When no one replied, I asked, “How did you come up with the name? Trojan Jedi is um… pretty unique.”
“We combined a reference to sex and Star Wars,” Evan said. “Because what two things do guys like better?”
Rain rolled her eyes. “Obviously, they came up with it before I joined. We’re open to better suggestions.”
“Not happening. We already have a rep and we don’t want to alienate the fans,” Evan said.
“By fans, he means the girls who come to the shows to sleep with them after.” Rain directed her statement at me. I felt the stirrings of jealousy deep inside and couldn’t help but hope she was referring to the twins and not the youngest brother.
Rain slunk off the bar stool and slowly walked to stand in front of Levi and myself. “Our break is almost over, so I’m going to head back up,” Rain said. “Nice meeting you, Delia.”
“Great to meet you too.” Rain made eye contact with Levi and I felt something silently pass between them before she turned and walked away. Her movements and voice were leisurely as if she knew she was worth waiting for. The brothers waved and followed Rain back to the stage area.
I cleared my throat. “So, do you have to go too?”
Levi smiled. I loved how his hazel eyes glittered with amusement as he considered me. “I have a minute or two.” He took a sip of water, but kept his eyes locked on my face. Once finished, he set the water bottle behind me on the bar counter. “Did I tell you how glad I am you came?”
“You may have mentioned it.” I was beaming at him like a complete fool. Levi was such a departure from most guys I’d hung around. He was sweet and open and I loved spending time with him.
“Can you stay a while?” he asked. “We could hang out after…”
I lifted my eyebrows. “Just hang out?”
Levi let loose a strangled laugh. “Oh… the stuff Rain said, she was talking about Cole and Evan.”
“And not you?” I asked while attempting to keep out any inflection from my voice.
Levi shook his head. “That’s not my thing.”
“Sleeping with girls after your rock show isn’t your thing?” I didn’t conceal the disbelief in my tone. Levi shrugged and looked a little uncomfortable with the topic. Of course, his reaction made me all the more curious. “Do you have a girlfriend?”
“No girlfriend. And my brothers think I’m lame, but I don’t like hooking up with randoms each night like they do.” He scrubbed his jaw and continued, “I’ve had two serious girlfriends and things ended in both relationships because things ran their course.”
I smirked. “Are you a real boy? Because I don’t think I’ve met any guy like you before. You’re nice, polite, and into committed relationships. There must be some secret flaw you’re hiding.”
“Maybe you’ve just been hanging out with the wrong type of guys.” 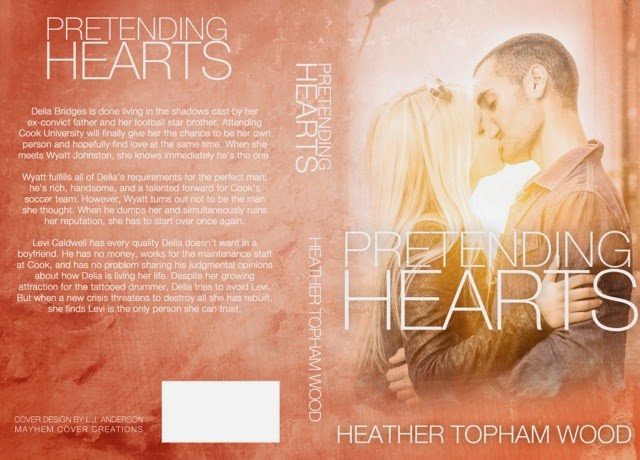