Series Cover Reveal: The I DO, I DON'T Series Books 1-3 by Lauren Layne

Ready to Run, Runaway Groom & Just Run With It
I Do, I Don’t Series Books 1-3
By: Lauren Layne
Coming Summer 2017
Loveswept 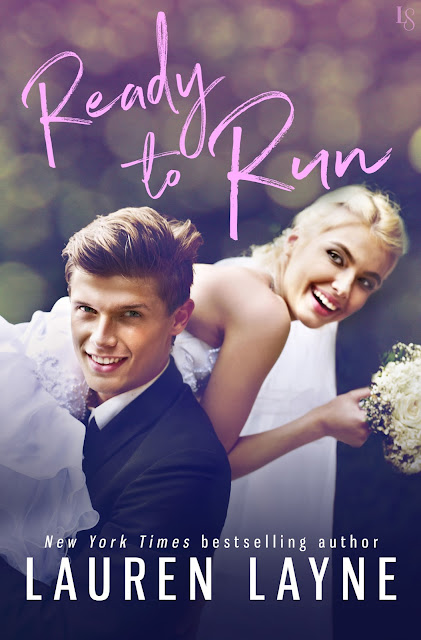 Pre-Order: http://laurenlayne.com/ready-to-run
The Bachelor meets The Runaway Bride in this addictive romance novel about a reality TV producer falling for her would-be star: a Montana heartthrob who wants nothing to do with the show.
Jordan Carpenter thinks she’s finally found the perfect candidate for Jilted, a new dating show about runaway grooms: Luke Elliott, a playboy firefighter who’s left not one but three brides at the altar. The only problem? Luke refuses to answer Jordan’s emails or return her calls. Which is how she ends up on a flight to Montana to recruit him in person. It’s not Manhattan but at least the locals in Lucky Hollow seem friendly . . . except for Luke, who’s more intense—and way hotter—than the slick womanizer Jordan expected.
Eager to put the past behind him, Luke has zero intention of following this gorgeous, fast-talking city girl back to New York. But before he can send her packing, Jordan’s everywhere: at his favorite bar, the county fair, even his exes’ book club. Annoyingly, everyone in Lucky Hollow seems to like her—and deep down, she’s starting to grow on him too. But the more he fights her constant pestering, the more Luke finds himself wishing that Jordan would kick off her high heels and make herself comfortable in his arms. 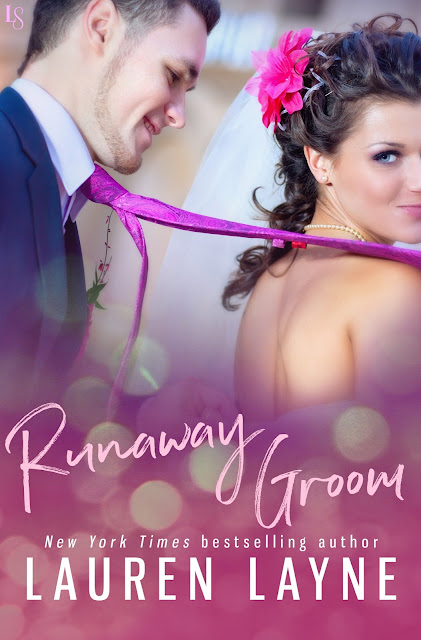 Pre-Order: http://laurenlayne.com/runaway-groom
For one charming playboy, getting cast on a Bachelor-esque reality TV show is the shock of a lifetime—until he finds love where he least expects it. And now the chase is on!
Gage Barrett’s reputation as a ladies’ man has been greatly exaggerated, but none of that matters after a drunken bet lands him on Jilted, a reality TV show that matches runaway grooms with wannabe brides. Now he’s stuck at a Hawaiian resort with nineteen women competing to drag him back to the altar—and one contestant who’s even more miserable than he is. Gage has no idea how feisty, independent Ellie Wright wound up in the cast, but it’s obvious she hates his guts. And if there’s one thing Gage likes, it’s a challenge. . . .
Ellie can’t believe she let her best friend talk her into exchanging her dignity for a glorified bikini contest. Still, she could use the exposure—her business is struggling—and she’ll probably be one of the first to get eliminated anyway. But Gage isn’t the shallow jerk Ellie anticipated—and he’s in no rush to send her home. As stolen kisses turn into secret trysts, she finds herself losing track of what’s real and what’s for the camera. With the wedding finale looming, this runaway groom is tempting Ellie to start believing in storybook endings. 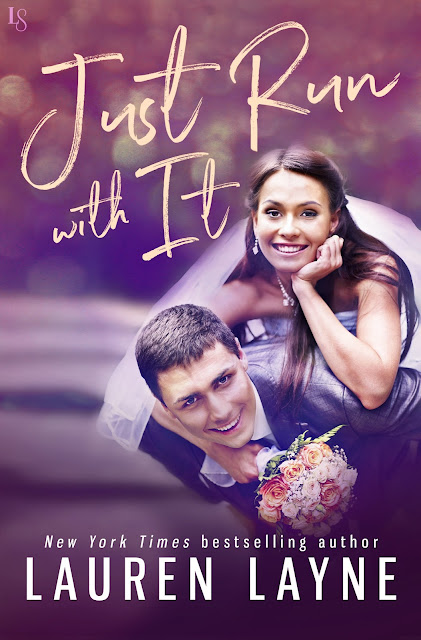 Pre-Order: http://laurenlayne.com/just-run-with-it
A good girl takes her wild twin’s place on a provocative dating show and meets the man of her dreams . . . off-camera . . . in this charming rom-com about loving the one person who can’t love you back.
High school science teacher Violet Simmons has spent her entire life helping her twin sister out of one scrape after another, but this time, Zoe’s outdone herself. After signing on for the hit reality show Jilted, Zoe ends up pregnant, and it’s Violet who finds herself in the exquisite New Orleans mansion with twenty guys trying to coax her down the aisle. Everyone buys Violet’s cover, including the one man she wishes would see right through it: Bennett Chapman, the TV executive who looks good in a suit—and even better out of it.
Bennett’s always expected to take over the network from his father. Now, to seal the deal, he needs record ratings from their tackiest show, which means the ditzy star needs to walk down the aisle with one of her meathead suitors. But Zoe Simmons is no bimbo. She’s too smart, too sarcastic, and far too alluring. The more they butt heads—and lock lips—the more Bennett wants her all to himself. And when Zoe drops a real bombshell, Bennett is forced to choose: between the job he’s destined for, or the woman who’s stolen his heart. 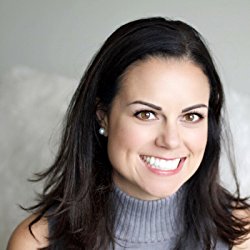 Lauren Layne is the New York Times bestselling author of over a dozen romantic comedies.
A former e-commerce and web marketing manager from Seattle, Lauren relocated to New York City in 2011 to pursue a full-time writing career.
She lives in midtown Manhattan with her high-school sweetheart, where she writes smart romantic comedies with just enough sexy-times to make your mother blush. In LL's ideal world, every stiletto-wearing, Kate Spade wielding woman would carry a Kindle stocked with Lauren Layne books.