New Release-Excerpt & Giveaway: GONE FOR YOU by Riley Hart 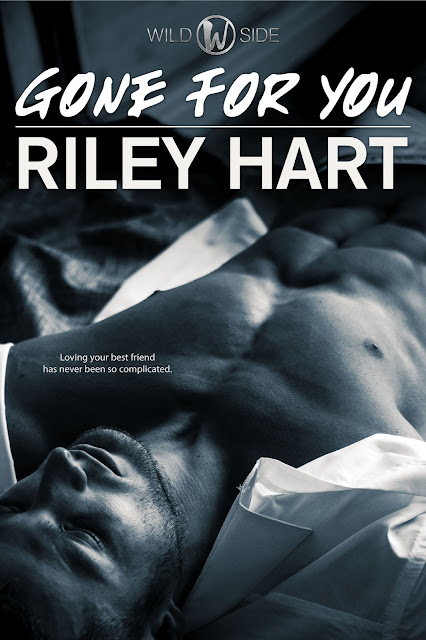 
About the Book: Oliver Hayes wears his heart on his sleeve, and his friends never let him forget it. Every Friday night spent at Wild Side, their favorite West Hollywood bar, Oliver’s lack of hookups becomes the hot topic. It’s not that he doesn’t want a good time. He just wants it to mean something, which is a lofty goal when he’s still pining after his childhood crush, Matt, who left ten years ago to start a new life in New York City.

Matt Daniels has always felt most at home seated at a piano. He might not have entirely fit in with his family and friends, but he was always able to find himself in music. Or at least he did before he gave up his dream a lifetime ago. Now, he has a successful modeling career and should be enjoying every second of it. Yet nothing feels right, and Matt fears he’s losing himself.

Just when Oliver decides to get over Matt for good, Matt waltzes back into LA. As Matt struggles to understand what he’s missing in his seemingly perfect life, he falls right back into leaning on Oliver for support. Things aren’t what they used to be between them, though. They tumble into bed together, and it’s hard not to continue ending up there. For the first time in years, Matt’s inspired to compose again, reigniting a spark he thought long extinguished.

But as always, Oliver can’t keep his heart in check, and soon Matt realizes he’s gone for Oliver too. The biggest question is, can he fully give himself to someone if he still hasn’t figured out how to love himself? 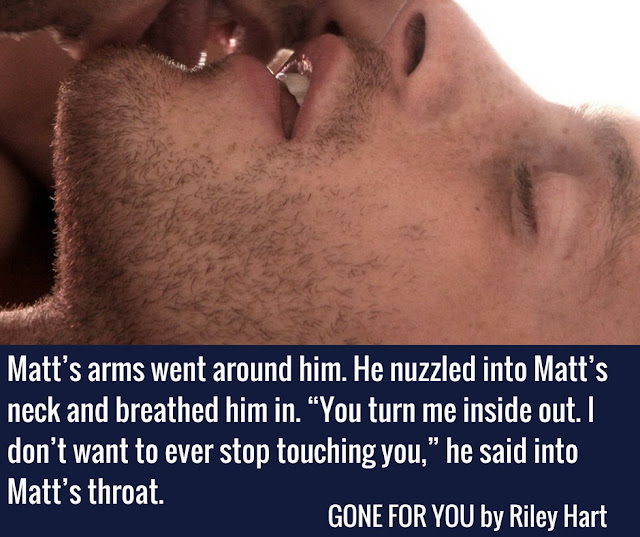 Preview of GONE FOR YOU
Oliver opened the door and took one step into the room before his eyes hit Matt. Matt sitting on the side of his bed wearing nothing but a pair of black shorts. His dark brown hair looked wet as it hung against his forehead, a veil between Matt’s eyes and him. Had he showered before he’d gone down to play? Tried to talk himself out of it the same way Oliver had forced himself not to go downstairs?
Matt’s right leg bounced up and down like a jackhammer as he looked at the floor and didn’t speak. Oliver didn’t either. He didn’t know what to say, so he just took another step into the room, and then another.
It was then when Matt’s head tilted up, that he shook his hair off his forehead and his eyes met Oliver’s searing with something that he didn’t understand. He thought maybe there was some pain in there…a little confusion, but more that Oliver couldn’t read.
His breath caught when Matt pushed to his feet. The shorts hung low on his slender hips, and he was sure Matt didn’t have underwear beneath them.
His chest was smooth. He had a light trail of brown hair that dipped below his shorts, which hung so low he could see the top of Matt’s pubes.
Despite how thin he was, too thin if you asked Oliver, his muscles were well defined. He had a lean six-pack that rose slightly as Matt breathed.
Jesus, he was so f*cking sexy, so beautiful it seemed unreal.
Matt moved toward him again. His gaze turned more predatory as chaos erupted inside of Oliver—pain and confusion and lust…was that what he saw in Matt too? Lust was the missing piece?
His thoughts went haywire, snapping and buzzing with years of pent up energy. And then he was moving toward Matt too. He didn’t know what they were doing, didn’t know where it came from—at least on Matt’s part—but the second they met in the middle of the room, their mouths crashed together. Matt’s hand slid behind his head, cupped it with his fingers, tangled in Oliver’s wet hair. Oliver’s fingers locked onto Matt’s lean hips, felt his hipbone press into his hand and he wanted to get on his knees and taste them. Wanted to lick and suck and explore every f*cking inch of Matt’s body with his tongue.
“What are we doing?” he asked when Matt’s skillful mouth traveled down his throat.
Matt sucked on the spot where his neck met his shoulder, before he replied, “I don’t know, Ollie. I just know…know that I need you right now.”
He could hear Matt warring with himself, hear it in the rough edge to his voice. Feel it in the way his body tensed up when he said the word need. It wasn’t easy for Matt to need anyone or anything, but Oliver would take on the f*cking universe to make sure Matt had it. There wasn’t a time in his life when he wouldn’t, but this moment right here? He couldn’t pretend this was just for Matt. Couldn’t pretend he wasn’t greedy for him, that the fire searing through him for Matt was based on anything more than his primal hunger for the man. To have him, take him, f*ck him, even if it was only once. He’d wanted Matt for years, loved him since he was a kid—and as they stood in the middle of his room, Matt’s hand running up and down his back, his c*ck pressed against Oliver’s leg, he damn sure planned to have him. In that moment, he didn’t give a sh*t about the consequences. 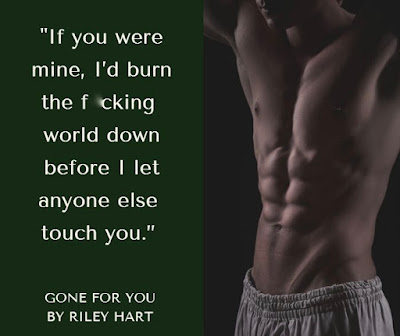 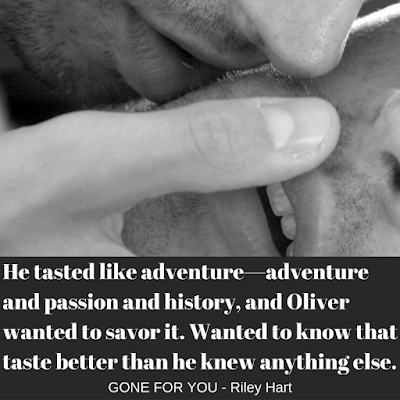 Riley Hart is the girl who wears her heart on her sleeve. She's a hopeless romantic. A lover of sexy stories, passionate men, and writing about all the trouble they can get into together. If she's not writing, you'll probably find her reading. Riley lives in California with her awesome family, who she is thankful for everyday.

Some of Riley's favorite books:

THE NOTHINGNESS OF BEN by Brad Boney

THE RETURN by Brad Boney

FAITH AND FIDELITY by Tere Michaels

She is also addicted to chocolate and pictures of sexy men. She spends way too much time playing on the internet.

Riley loves hearing from readers. You can contact her at rileyhartwrites at yahoo.com


Get New Release Alerts from Riley.