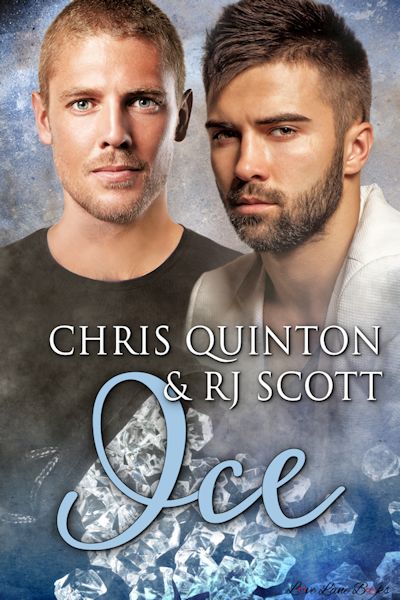 Other Books In Series:
Heat (The Salisbury Series #1)

With millions in diamonds at stake, can Jon make Greg see that some things are not worth dying for?Footloose adventurer Greg Drakowski used to live for the moment but these days shadows of grief and guilt cling to him. Recklessly following one lead to the next, Greg crosses oceans at the very hint of treasure, and doesn’t care that he rushes into danger.This time his quarry is a cache of diamonds, hidden away decades ago. When the clues bring him to the ancient city of Salisbury, he knows he’s close to success.Renovations expert Jonathan Ellis is part of Ageless Wood Restorations - three generations of knowledge and trade. Focused and hard-working, Jon finds value in recreating the elegance of the past with his own hands, and it will take something - or someone - extraordinary to break into his enclosed world.When Greg drops into Jon's lap he finds it impossible to refuse him. Even when the bad guy appears and Jon isn't sure whom he can trust, he knows he has to stand by Greg, if only to save the idiot from himself.

Greg woke up a good hour before his alarm went off and rolled out of bed to shower and shave, and dress in his usual jeans and T-shirt ready for work. He drank instant coffee and ate the small wrapped cookies that came with the room, then took out all his notes and spread them out in chronological order on the floor, holding down recalcitrant corners with anything he could find.
A mug held down one, a notebook another, a pillow near his knee, and a shoe furthest from him.
Not exactly the best way to have this laid out, but he couldn’t pin everything up on the wall.
Andrey would laugh at him, seeing him on his hands and knees like this. Familiar grief welled inside him. A year and he could still conjure up Andrey’s face. He held the pendant that hung around his neck in a tight grip.
Greg sat back on his haunches to get a better perspective on the papers and to get a grip on the heartache that wouldn’t leave him. Instead he focused on why he was doing this: a mental promise to Andrey to find the Khlebnikov Diamonds. Somehow, in his screwed-up brain, he had rationalized the guilt he felt over Andrey’s death with finding the diamonds. Like it would restore some sort of cosmic balance in his life.
“Stupid,” he muttered to the empty room. “Find the diamonds, give them to Mack, get your cut, give the money to Lena, and f*cking retire, already.”
His own island in the Aegean, beaches, warm water, peace.
Find the diamonds.

After the fantastic start to this series in Heat, I was excited to start Ice to see what would come next. The Scott/Quinton duo does not disappoint, giving readers a story filled with suspense and attraction that had me glued to the pages.

Both main characters Greg and Jon are fantastic. Greg has a lot going on in his past that has molded him into a complicated man who really just wants to finish his job and settle down with his life. His goal is thwarted a bit once he meets Jon, not only because he is attracted to him but also because he is hiding so many secrets. At first the two of them together didn't quite click for me, but the further into the story I got, the closer they grew and the more comfortable I felt with the two of them together. By the end, the chemistry between them is excellent and I couldn't imagine them not ending up together.

There's an ever-present sense of suspense thanks to Greg's mission, and that erupts into more tension, danger and action as the story builds toward a climactic confrontation. It made for an exciting read, and in the end I was left with another satisfying conclusion that has me keeping my fingers crossed that there will be plenty more stories coming in this series.

Ice was a solid 4-star read for me, and I'd recommend this to M/M romance fans 18+ (for adult language and M/M sexual content), especially if you like stories with plenty of suspense. It can be read as a standalone, but I would recommend reading Heat first as I think it would add more to the story by giving you backstory on Lewis and Devon's relationship (loved seeing them again here!).

Chris Quinton started creating stories not long after she mastered joined-up writing, somewhat to the bemusement of her parents and her English teachers. But she received plenty of encouragement. Her dad gave her an already old Everest typewriter when she was ten, and it was probably the best gift she'd ever received – until the inventions of the home-computer and the worldwide web.Chris's reading and writing interests range from historical, mystery, and paranormal, to science-fiction and fantasy, writing mostly in the male/male genre. She refuses to be pigeon-holed and intends to uphold the long and honourable tradition of the Eccentric Brit to the best of her ability. In her spare time [hah!] she reads, embroiders, quilts and knits. Over the years she has been a stable lad [briefly] in a local racing stable and stud, a part-time and unpaid amateur archaeologist, a civilian clerk at her local police station and a 15th century re-enactor.She lives in a small and ancient city in the south-west of the United Kingdom, sharing her usually chaotic home with an extended family, three dogs, a frilled dragon [lizard] and sundry goldfish and tropicals.


RJ's goal is to write stories with a heart of romance, a troubled road to reach happiness, and most importantly, that hint of a happily ever after.