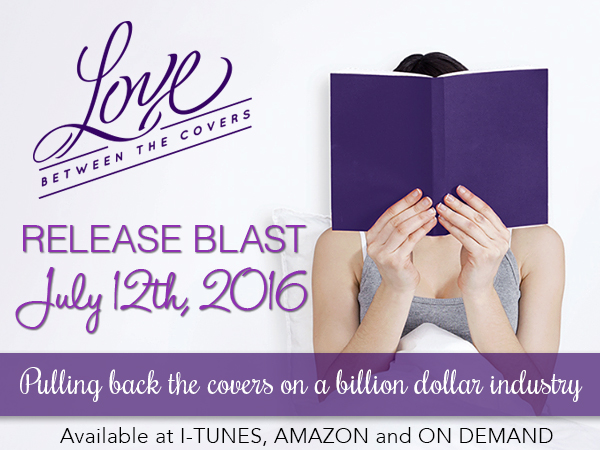 Love stories are universal. Love stories are powerful.  And so are the women who write them.
Love Between the Covers is the fascinating story of the vast, funny, and savvy female community that has built a powerhouse industry sharing love stories.  Romance fiction is sold in 34 languages on six continents, and the genre grosses more than a billion dollars a year -- outselling mystery, sci-fi, and fantasy combined.  Yet the millions of voracious women (and sometimes men) who read, write, and love romance novels have remained oddly invisible. Until now.
For three years, we follow the lives of five very diverse published romance authors and one unpublished newbie as they build their businesses, find and lose loved ones, cope with a tsunami of change in publishing, and earn a living doing what they love—while empowering others to do the same. Romance authors have built a fandom unlike all others, a global sisterhood where authors know their readers personally and help them become writers themselves. During the three years we’ve been shooting Love Between the Covers, we have witnessed the biggest power shift that has taken place in the publishing industry over the last 200 years. And it’s the romance authors who are on the front lines, pioneering new ways to survive and build communities in this rapidly changing environment.

LBTC Bonus Clip - Bella Andre - Starting to self-pub and her first $250 from Laurie Kahn on Vimeo.

Please give us your description of the film playing.
While romance novels and their signature covers are ubiquitous around the world, the global community of millions of women who read, write, and love them remains oddly invisible. Love Between the Covers is the fascinating story of five very different authors who invite us into a vast female community that’s running a billion dollar industry on the cusp of an irreversible power shift. In Love Between the Covers, we enter one of the few places where female characters are always center stage, where justice prevails in every book, where women win what they want, and the broad spectrum of desires of women from all backgrounds are not feared, but explored unapologetically.

What drew you to this story?
I want to bring the lives and work of compelling women to the screen, because any industry dominated by women is typically dismissed as trivial and “merely domestic.”  My previous films -- A Midwife’s Tale and Tupperware! – are very different from one another, but they were both shaped by my desire to look honestly at communities of women who haven’t been taken seriously (but should be), who deserve to be heard without being mocked.

What was the biggest challenge in making the film?
Two things really.  Raising the money (isn't that always the case?).  And figuring out how to structure the film.  Love Between the Covers is more than the story of five characters; it is the story of an unrecognized global community. Structuring this film was even harder than structuring a film with five characters (which is a difficult task in and of itself!).  We finally found a solution in the editing room.

What do you want people to think about when they are leaving the theatre?
I want people to realize how deeply ingrained we all are in dismissing anything that is by women, for women and about women. Many romance readers told me stories of complete strangers looking over their shoulders on a train, or at the beach, leaning over and asking them, "Why do you read that trash?" I really don't think that would happen to someone reading a mystery or a thriller! Romance novels are dismissed as simplistic. People who've never read a romance novel tell me, "They are formulaic. They all end happily." But all genre fiction ends with a happy ending. Mysteries all begin with a crime and end with the case solved -- a guaranteed happy ending. Arnold Schwarzenegger is never killed in his movies. The good guys always win. So why are romances singled out? I think it has to do with a devaluation of women's work and a deep-seated fear of women's desires.

What's the biggest misconception about you and your work?
People tend to dismiss my ideas as fluffy.  When they see the finished films, they realize the topics are not fluffy

How did you get your film funded? (Is it a studio film, a crowdsourced film, somewhere in between?) Share some insights into how you got the film made.
I started out with development funding from Mass Humanities, the Romance Writers of America, and the Nora Roberts Foundation.  I then raised more than my $50K goal in a Kickstarter campaign (I raised $58K).  That allowed me to start shooting.  Most of my production funding came from the National Endowment for the Humanities.  And several foundations and dozens of individuals came through for me at the end when I needed to pay for music rights, do our sound mix and color correction.
Believe it or not, Love Between the Covers and the larger Popular Romance Project it's part of have been attacked in the US Congress. Senator Coburn railed about the project in the US Senate, insisting it was silly and trivial.  And Rep. Salmon introduced a bill in the US House of Representatives (H.R. 5155 - see attached), to kill this project!  Fortunately, the bill didn't pass! 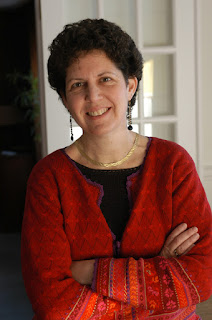 Director/Producer LAURIE KAHN’s films have won major awards, been shown on PBS primetime, broadcast around the world, and used widely in university classrooms and community groups. Her first film, A Midwife’s Tale, was based on the 18th century diary of midwife Martha Ballard and Laurel Ulrich’s Pulitzer Prize-winning book A Midwife’s Tale. It won film festival awards and a national Emmy for Outstanding Non-Fiction. Her film TUPPERWARE! was broadcast in more than 20 countries, won the George Foster Peabody Award and was nominated for a national Best Nonfiction Director Emmy. Kahn previously worked on Eyes on the Prize: America’s Civil Rights Years, The American Experience, FRONTLINE’S Crisis in Central America, All Things Considered, and Time Out. She’s a resident scholar at Brandeis’s Women’s Studies Research Center.