After discovering an ancient tarot deck, Kassandra Troy's life takes a thrilling and frightening turn. She triggers The Magician card and releases the mysterious and captivating Luke Rykell.
Luke has a dark secret. He wants the magical deck for himself. To save herself and her friends, Kassandra is forced to journey into the Tarot cards. But can she find a way out of the deck unscathed or will the darkness which follows her destroy them all? 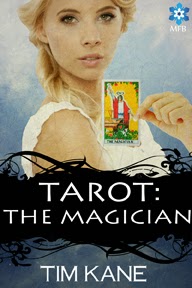 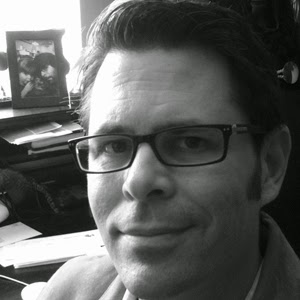 Tim Kane grew up in Southern California watching Toho movies and reading H.G. Wells. He has not lost faith in the sanity of the world. He studied writing as the University of California San Diego and has amused readers with many short stories. His first published book, The Changing Vampire of Film and Television, analyzes the past seventy years of vampires. He lives and teaches in Chula Vista, California, with his spectacular wife, daughter, and a dog that stands upside down. He enjoys traveling to the dark places of his mind and bringing back souvenirs. He hopes you have enjoyed this brief tour of his life.

I found this story to be a unique tale, nothing like I've read before in the YA paranormal genre.  It takes the idea of a tarot deck and basically brings it to life when a teenage girl (Kassandra) comes across it-though not necessarily in any kind of way you might expect.

The characters are interesting and quirky (I love Kassandra's Auntie Jo), but don't assume you have them figured out when you first meet them.  My favorite was Gabriel, I found him to have the most depth and the most interesting backstory.

The story moves along smoothly and at a good pace, making for an easy read.  There's plenty of action to keep your interest, especially during the last third of the book.  My only wish would have been for better closure at the end...though the way it ended does leave the possibility of another book-and I would love to see more of what happens for Gabriel.

This book does touch on a few sensitive subject areas such as cutting and suicide, and does contain quite a bit of symbolism...so while it is classified as YA, I would probably recommend it for 15+ due to the subject matter and the more complex themes that you normally see in books aimed at older teenagers.

A very good read, one that I give 4 stars (and I'm sending out wishes to the author to continue the story :-) ).