Blog Tour and Review: Before You by Amber Hart

Eighteen-year-old Diego Alvarez hates his new life in the States, but staying in Cuba is not an option. Covered in tattoos and scars, Diego doesn't stand a chance of fitting in. Nor does he want to. His only concern is staying hidden from his past—a past, which if it were to surface, would cost him everything. Including his life. 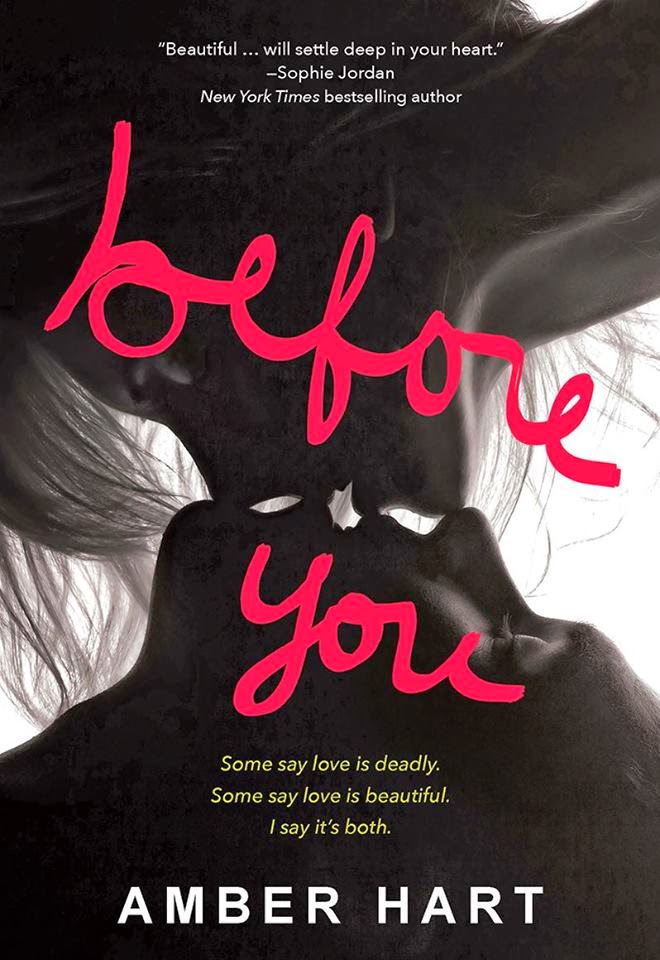 
Giveaway (US only)
a Rafflecopter giveaway

It was refreshing to read a book featuring senior year high school characters without them sounding immature and childish...something I see too often these days.  I think a large part of that is due to Diego's character, who at only 18 years old has seen and experienced more than most his age.  His cocky attitude when it comes to Faith is actually kind of fun-even though Faith sure doesn't think so at first.

The way Diego and Faith are presented to us is as a star-crossed couple, heavily emphasizing the difference between their ethnic backgrounds.  Personally, I've never really seen that harsh of a divide between any Hispanic and white kids when I was in high school in South Florida...maybe things have drastically changed since then (or maybe I just led a more sheltered life-though that's doubtful), but this seems to be pushed more in this story to accentuate the drama.

I think Faith helps soften Diego's rough edges, and I think he helps her become less of the "Miss Popular" type, and more like your average high school girl.  I found myself wanting to see them succeed as a couple, mostly because I thought Diego really deserved to find some happiness after his rough start in life.

As far as the storyline goes, I thought it was pretty interesting, especially since coming from a highly diverse area myself I could relate to many situations presented in the book.  What I did find a little hard to get behind was the way the author made everything okay at the end.  I kind of wavered on the believability, but accepted it in the end as the device used to ensure we get our HEA.  And I'm always a sucker for those HEAs.

Four stars for this edgy mature YA romance.

Posted by Making it Happen at 6:56 AM