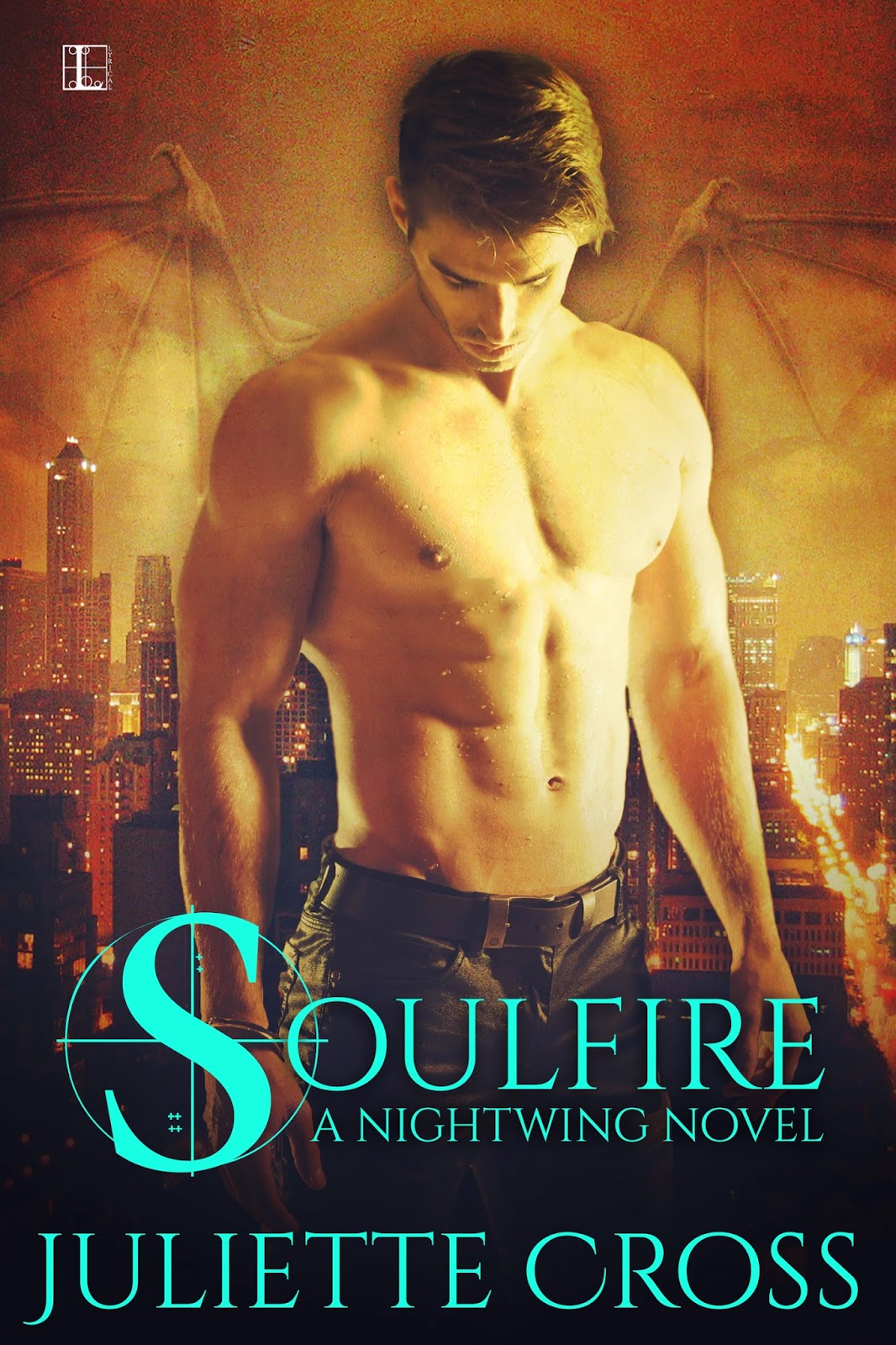 Book Description:
In a world divided by prejudice and hatred, only love can bridge the chasm.
Tensions are rising in the Gladium Province. The boundary between humans and Morgons has begun to blur. While the human aristocracy strives to maintain distance between their daughters and the dragon-hybrid race, fate has other plans.
As the daughter of the corporate king, Jessen Cade is duty-bound to honor her arranged marriage to a man she detests. Feeling trapped by family duty and a loveless future, she longs for more, straying to the Morgon side of the city.
Lucius Nightwing is the eldest son of the powerful Morgon clan, and the greatest enemy of Jessen’s father. When a bar-room brawl thrusts Jessen into his arms, his dragon roars to the surface, craving to sate his carnal hunger in the brown-eyed beauty. The beast in Lucius recognizes her as his own, even if the man refuses to admit the truth.
Available at Kensington - Amazon  - Barnes and Noble
Excerpt- Prologue
Thousands of years ago, Radomis, the dragon king of the North, took flight on the last full moon of winter. Beating great, black wings, he soared away from his mountainous kingdom, lured by some unknown force to the sultry lands in the west where humans dwelled. Dragons and humans had always lived apart.
On this same night, Princess Morga honored the fertility rite of bathing under the full moon the night before her wedding. As she stepped from the natural steaming pool, rivulets of water glistened over milk-pale skin, ebony hair slicked over her breasts and down her back. The dragon king saw her. Instant desire ensnared his beastly heart. He descended.
Shifting into human form, a man of might and beauty, he murdered her guards and handmaidens. Horrified, Morga could do nothing when the dragon king took her in his arms, hard lust in cold eyes. The moment his tongue licked into her mouth, she felt the burning of soulfire—the dragon elixir meant for his one and only mate. Golden heat melted through blood and bone, filling her with euphoric pleasure, bonding her to him forever.
Radomis took her on the ground among bloody bodies and moon-shadows, intent to sate his hunger. One night would never be enough. Shifting into dragon form, he carried her in his claws back to his kingdom. She would be his queen, trapped in a gilded cage of opulence as the object of his endless desire.
From their union, a child was born—an abomination. A human body with dragon wings and dragon strength. The boy, Larkos, was outcast among dragonkind, including his father. Only Morga showed him any love.
When Larkos reached manhood, he wielded his rage with an avenging sword, tracking and killing all of dragonkind. Even in beast form, his father could not match him, finally falling to the forgotten son’s sword. What Larkos did not know was that soulfire bonded his loving mother to the beast in such a way that when his dragon-heart stopped beating, so did hers.
This is the tale I’d been told when my body began changing from child to woman, a warning for young girls to beware of Morgon men.
“Never stray from your own kind, Jessen,” my mother would say, “or you could end up like Princess Morga, a slave and outcast to be abhorred.”
The problem was, I’d never been a very obedient daughter. Never the one to do exactly as I was told. And fairy tales have no meaning when the stars align and Fortune spins her wheel, weaving her own story for your heart. 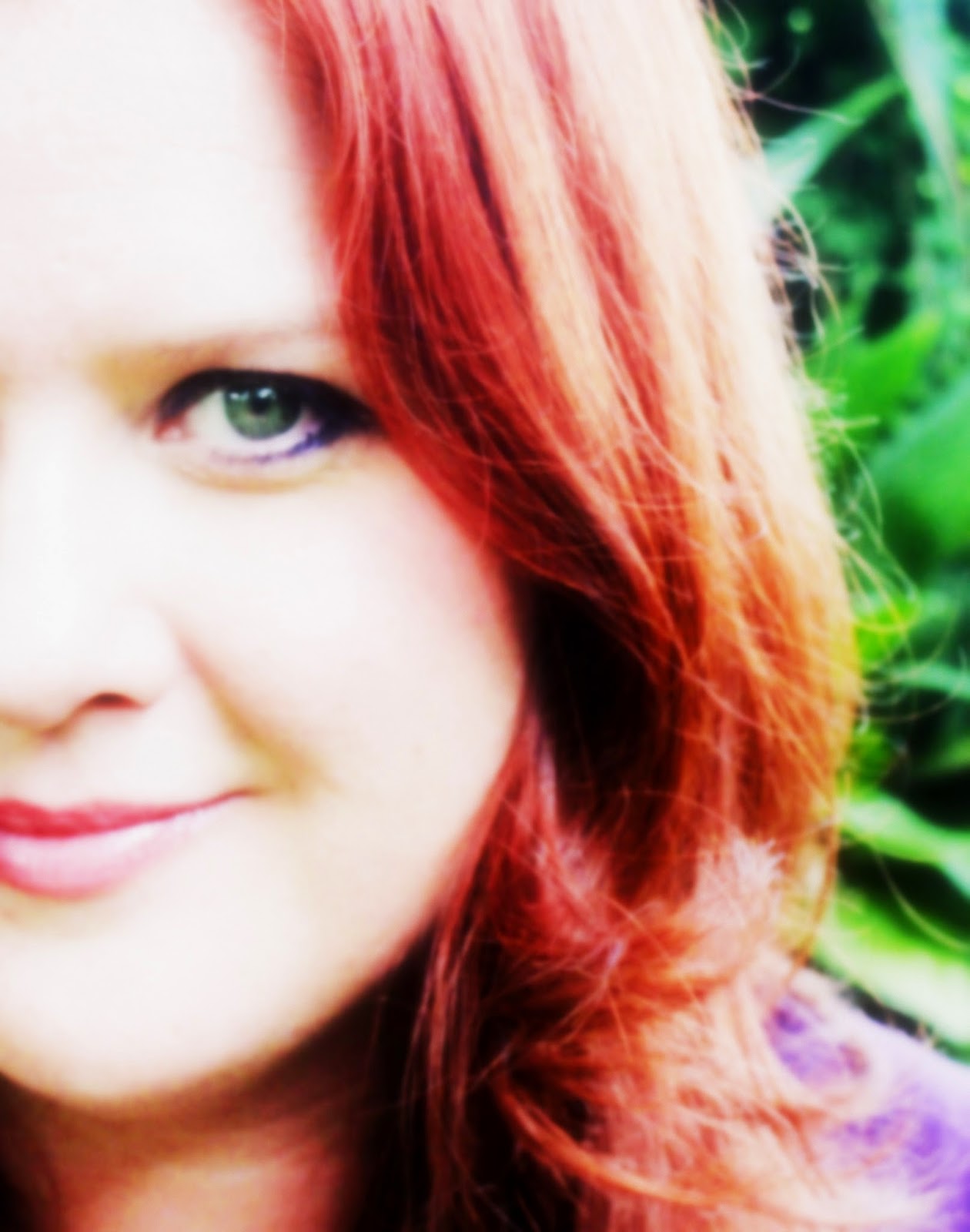 Juliette calls lush, moss-laden Louisiana home where the landscape curls into her imagination, creating mystical settings for her stories.
She has a B.A. in creative writing from Louisiana State University, a M.Ed. in gifted education, and was privileged to study under the award-winning author Ernest J. Gaines in grad school.
Her love of mythology, legends, and art serve as constant inspiration for her works. From the moment she read JANE EYRE as a teenager, she fell in love with the Gothic romance--brooding characters, mysterious settings, persevering heroines, and dark, sexy heroes.
Even then, she not only longed to read more novels set in Gothic worlds, she wanted to create her own.
Website -Facebook - Blog - Twitter - Pinterest - Goodreads

If you haven't read Soulfire yet, you need to put it on your TBR list ASAP.  This is the great start to a unique series, with a fascinating world that the author has created.  One that I liked so much, I was wishing that the book would have been fleshed out to at least twice its length so I could have enjoyed it for longer than the couple of hours it took me to read.  The writing was done very well, so I easily flew right through the book...leaving me wishing at the end that the next story was already out so I could delve back into this captivating world.

Excellent characters-especially Jessen and Sorcha from the ladies and all of the Morgon characters-that are strong-willed, feisty, protective and written in such a way that makes you want to undoubtedly side with them.  And on the other end, you have Jessen's family and her supposed fiancé (according to her easy-to-hate father)-characters who are only out for themselves and have no regard for anyone else.

I thoroughly enjoyed reading this story, and the sort of star-crossed lovers feeling you get from it.  This one's definitely a story for re-reading, and I'm now anxiously awaiting the next story in the series so I can get my next fix from this enthralling world.

4.5 dragon-sized stars for this outstanding start to the Nightwing series.  If the phenomenal cover doesn't draw you in, the spellbinding story definitely will.

Tour giveaway
5 ebook copies of Soulfire
a Rafflecopter giveaway
Posted by Making it Happen at 6:35 AM