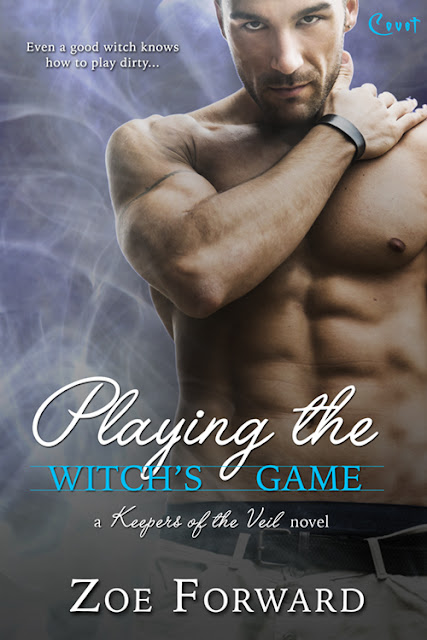 Synopsis
Pleiades witch Jennifer Marcos is certain that the host of Extreme Survivor is her soulmate. All she has to do is find a fake boyfriend, get on the show, and voila! She'll have her destiny. Unfortunately, she has to rely on ex-Russian spy Nikolai Jovec's six-foot-something of gorgeous, infuriating hotness. To make matters worse, the electric attraction between Jen and Nikolai is hotter than ever. But the only way Nikolai can protect Jen is by hiding the identity of her true Destined...him.
Buy Links 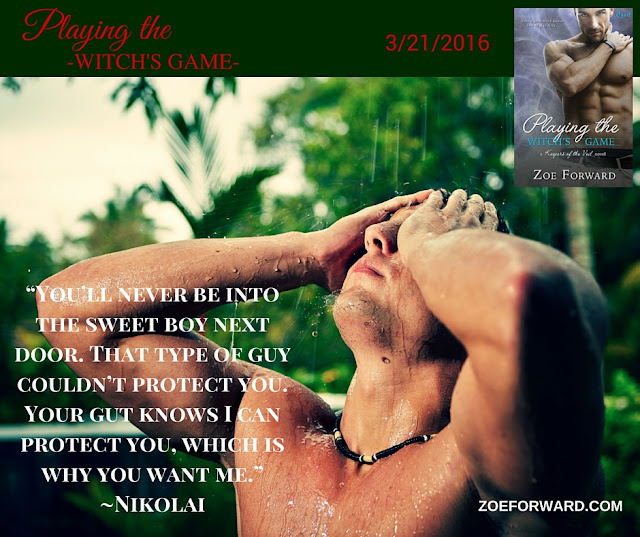 My Review
I've been reading this series from the start, so I was excited to read this third book.  After all, Nikolai is so very alpha and mysterious that he alone is reason enough to start reading.  Jen makes a good match for him, or at least she would if she didn't feel quite as superficial as she came across in the story.

I had a hard time with in this book with the decisions that Jen and Nikolai were making.  Pleiades witches don't go seeking out the spotlight as it is way too risky for them, yet Jen's common sense seems to abandon her in her quest for her destined soulmate.  And then Nikolai doesn't put his foot down to stop her and instead gives in and joins her...which also is a bit nuts since there's someone after him as well.  Now, there's a reason behind why Jen does what she does...but it still didn't really ring true for me.  The fact that the other Druids and witches don't stop them is also puzzling.

As far as chemistry, Jen and Nikolai definitely have it, and with the reality show's rules about not hooking up during filming it does create sexual tension in the story.  The chemistry though felt to me like it was primarily physical, and I didn't quite feel the emotional connection.

I do recommend reading the first two books in the series before picking up Playing the Witch's Game, it will increase your enjoyment of the book since it will give you insight into the backstory of the series.  Fans of paranormal romance will enjoy the story, and I'd recommend for 18+ due to sexual content. 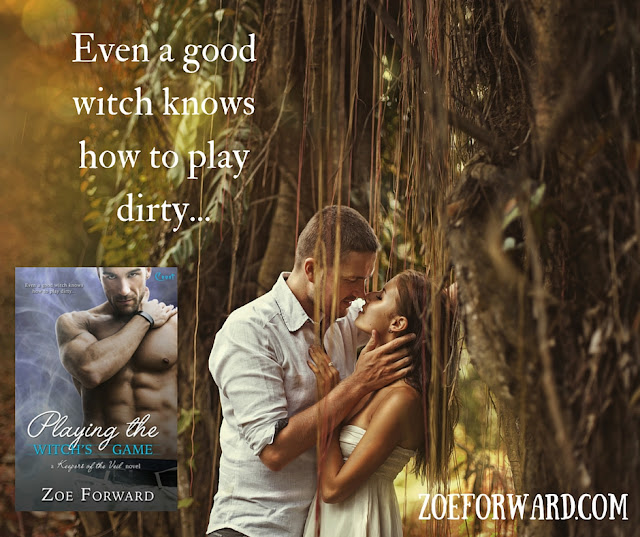 About the Author
Zoe Forward is a hopeless romantic who can’t decide between paranormal and contemporary romance. So, she writes both. In addition to being a mom to one rambunctious kindergartener and wife to a conservation ecologist who plans to save all the big cats on the planet, she’s a small animal veterinarian caring for all the small furries, although there is the occasional hermit crab.
When she’s not typing at her laptop she’s tying on a karate belt for her son or cleaning up the newest pet mess from the menagerie that occupies her house. She’s madly in love with her globe trotting husband of ten years and happiest when he returns to their home base in North Carolina.
FACEBOOK | WEBSITE | GOODREADS | TWITTER | NEWSLETTER SIGN UP