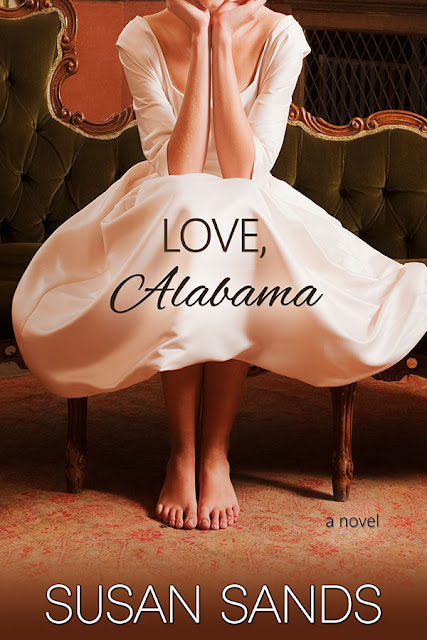 Emma Laroux's a fallen Southern beauty queen whose past is barely whispered about in her small town. But the secrets and lies surrounding the scandal from long ago still haunt her, and something about Matthew Pope holds the answers. If only she could put her finger on it…

Matthew Pope wonders what awful karmic thing he’d done to land him in Podunk, Alabama. But when he sees Emma again after all this time, he knows he's still the only one that holds the key to unlock the truth of her past...

Will a shared moment in time ten years ago threaten what might be the best thing that’s ever happen to either of them—each other?

Her Florence Nightingale instincts warred with minding her own business. Matthew hadn’t asked for help. Maybe he was just fine. But he didn’t have any friends in town that she knew of. Nor was he the type of guy who was likely to reach out even if he was sick and needed assistance—at least that was the impression she’d gotten so far.
Emma sighed. She couldn’t very well leave him in the same condition as her sister without any saltines or electrolytes, now could she? She certainly couldn’t and feel good about it. Emma just then realized she’d already been driving her car toward his house. She hadn’t needed directions. Everyone in town knew where the new hot, single stranger in town had moved in. Emma was surprised he hadn’t already been the recipient of drive-bys of home-baked goods and casseroles tagged with names and phone numbers of female singles in the area.
Southern women understood the path to a lonely man’s heart might well begin with his taste buds. A good casserole and pecan pie couldn’t hurt as an introduction. Big hair and a sweet smile when they came to pick up momma’s favorite platter worked as a fine follow-up.
Emma had seen the success of this maneuver many times. Men came around on business of one type or the other—buying an selling mineral rights for oilfield companies or what have you–and found themselves completely leg-shackled before they knew what hit them. Mommas around here taught their girls how to spot and hook a promising catch from the time they were in training bras and learned that more eyeliner and mascara was better than less.
Emma pulled up behind Matthew’s car and frowned, noticing that his taillight was busted. She got out and pulled the bag of items from the back seat, not giving his car much more thought.
Knocking gently on the door, she figured she would leave the bag on the front step if he didn’t answer. He might be sleeping. But what if he’d gotten light-headed, fallen, and hit his head on the bathtub and was knocked-out cold, lying in a pool of his own blood? The thought, while mildly ridiculous, gave her just enough pause to knock again, this time more loudly.
No answer.
She rang the bell.
No answer.
Now she was concerned. His car was in the drive. He was definitely home. Her heart began to beat in her ears.
She tried the door.
Locked. She looked through the leaded glass front door. No movement. Nice house.
She knocked again.
Emma still had the bag in her arm. So, she carried it with her around the back of the house to the screened in porch. The screen door was open, so she stepped up onto the pretty porch with the comfy furniture. It appeared that Matthew spent time out here. There were pillows, a rug, a throw, a couple books, and a lamp. Nice.
She knocked on the back door. No answer. She didn’t see anyone inside.
She bit her lip and tried the door. It opened. “Hello? Matthew?”
No answer. She moved inside and let her gaze wander around the room. It was cozy and well decorated for a guy’s place. She noticed the kitchen to the right and headed in that direction. She put her bag on the kitchen counter then headed toward what she knew must be the master bedroom. This house was similar in style to hers.
She called out to him again. Emma was getting worried now. Why didn’t he answer?
As she entered the bedroom, she noticed it the blinds were closed and it was rather dark, but she could see no one was in the bed. Then, she realized the shower was running. Against any kind of decent judgment, she moved toward the bathroom door. She couldn’t help herself; she peeked inside. He wasn’t standing in the shower; he was sitting on the floor. She panicked and rushed towards him before her brain informed her to actually speak his name.
She pulled open the door, certain he was dead before she shrieked, “Matthew, open your damned eyes!”
He did. Open his damned eyes. Opened them really wide. “Emma? Why are you in my shower stall?”
She really didn’t have a great answer to that. “Oh, Lord. I thought you were dead.” It was the best she could do.
He did look nearly dead. He smiled weakly. “I’ve been really sick, so I thought I’d sit here for a little while. But I’m not dead. So, um, could you hand me a towel? Unless, of course, you prefer a shower?”
Emma then became acutely aware of her position. And his. He was naked. Oh, Lord, was he naked. The most delicious naked she’d ever seen. And now she couldn’t stop staring at his naked. And apparently his naked knew it now. Because it was staring straight up at her, too.
“Emma—a towel? Because I’m a little more inclined to invite you into my shower now.”
She raised her eyes beyond his naked to his eyes, horrified. “Uh, a towel. Sure.” Looking around, she grabbed the closest towel she could find, the one hanging on a hook beside the shower. “I thought you were dead,” she said again, as an explanation.
She was a complete idiot. And now she wanted to jump his sick bones.

Susan Sands grew up in a small Northwest Louisiana town, where the seeds for future stories were inspired. Her lifelong love of reading motivated her to finally begin writing as her midlife crisis at age forty—better than a boyfriend or red sports car, according to her husband.
Susan lives with her dentist husband and three nearly-grown children in Johns Creek, GA.
Website | Facebook | Twitter | GoodReads