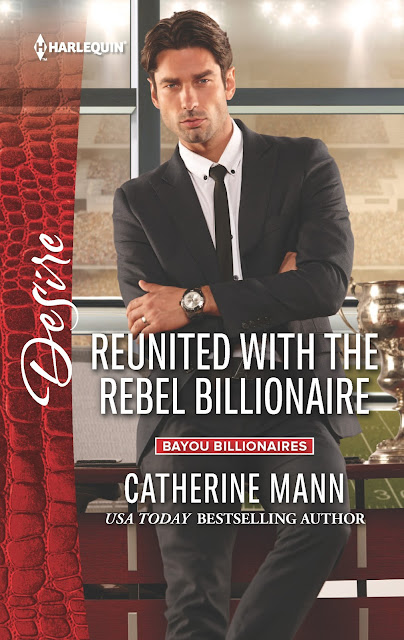 Is it a real reunion, or one for the cameras? It's a second-chance romance from USA TODAY bestselling author Catherine Mann!

Football star Henri Reynaud won't let his career go down without a fight. If the only way to win is to reconcile with his estranged wife, he'll do what it takes. But spending time with Fiona Harper-Reynaud isn't just some ruse. The sultry beauty belongs in his bed.

Fiona doesn't know where her sexy husband's public act ends and his real feelings begin. Can she afford to fall a second time for the man every female wants? One thing is undeniable—their attraction has never flared hotter!

She stepped into the floor length dress, the silk chiffon a cool glide over her skin, the dress and underwear strategically designed. No one would see her scars. No one other than her husband and doctors knew.
Double mastectomy.
Reconstruction.
Prophylactic – preventative. In hopes of evading the disease that had claimed her mother, her aunt and her grandmother.
Fiona had never had breast cancer. But with her genetics, she couldn’t afford to take the risk. She pressed the dress to her chest and tried not to think of the doctor’s words today about a suspicious spot on her mammogram that could be nothing. But just to be safe…
The creaking of the opening door startled her. Her dress slid down and she grabbed it by the embellished straps, pressing it back to her chest even though she knew only one person would walk in unannounced.
Her husband.
The world’s sexiest athlete two years running.
And the man she hadn’t slept with since her surgery six months ago.
Henri’s hands fell to rest on her shoulders, his breath caressing her neck. “Need help with the zipper?” 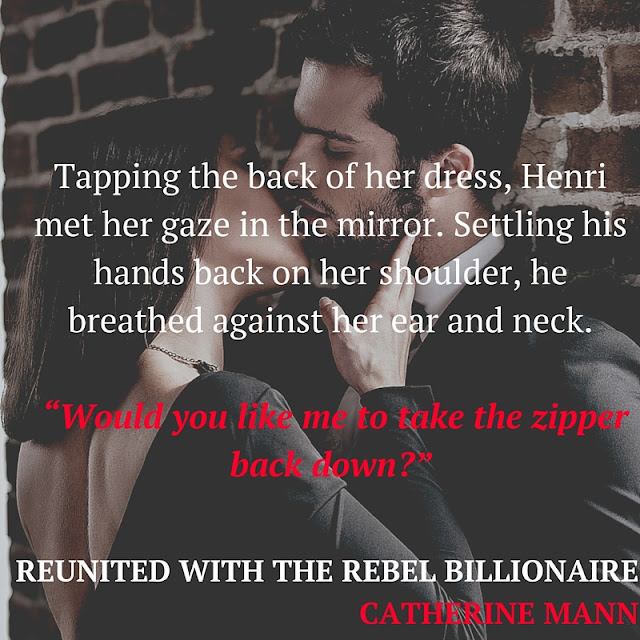 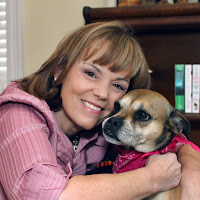 USA Today bestseller and RITA Award winning author Catherine Mann writes contemporary romance for Berkley, Harlequin, Sourcebooks and Tule. With over sixty books released in more than twenty countries, she has also celebrated six RITA finals, an RT Reviewer’s Award finalist, three Maggie Award of Excellence finals and a Bookseller’s Best win. Catherine and her flyboy husband live on the Florida coast where they brought up their 4 children – and still have 5 four-legged, furry “children” (aka pets). Catherine is an active volunteer with an animal rescue, serving on their Board of Directors and fostering over 200 puppies, ill dogs, and dogs with service/working potential.
Website | Facebook | Twitter | Goodreads

Rafflecopter Giveaway (Grand Prize: Catherine Mann's RESCUE ME, PURSUED BY THE RICH RANCHER and Joanne Rock's HER MAN ADVANTAGE, animal rescue goodies (US ONLY), and  Second Prize: the first two books in the Bayou Billionaires series- HIS PREGNANT PRINCESS BRIDE & HIS SECRETARY'S SURPRISE FIANCE (US and INTL))
a Rafflecopter giveaway