Release Day Blast with Excerpt: AFTER WE FALL by Marquita Valentine

Join us in celebrating the release of AFTER WE FALL by Marquita Valentine! 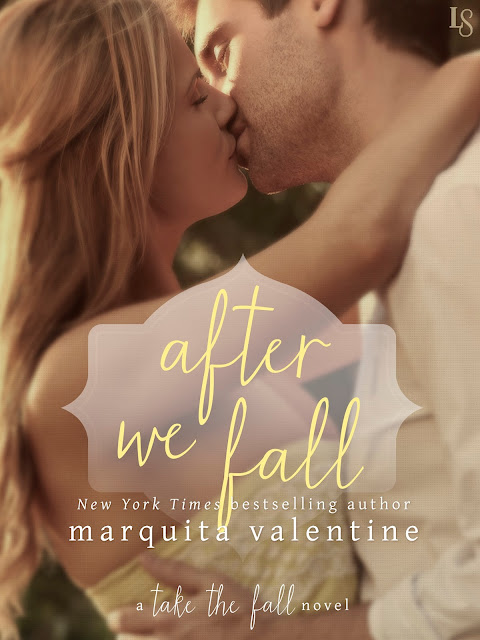 Book Description:
A tough cop with an even tougher past, Hunter Sloan has never let anyone stop him from getting what he wants—and he wants Evangeline Ambrose bad. With her gentle curves and raw vulnerability, Hunter’s beautiful, mysterious new neighbor awakens his protective side. Determined to do right by a woman who’s gone through hell and back, Hunter could be the one to take away the pain—so long as his own secrets don’t sink their relationship before it begins.

Having escaped an abusive marriage, Evangeline simply wants to start over in the small, quiet town of Forrestville. She’s also avoiding all contact with the opposite sex, because she just can’t trust her instincts when it comes to men—not even with the sinfully sexy cop next door. So why can’t she stop thinking about him? Hunter has darkness in his soul, and yet no one ever made her feel so safe. For all her best laid plans, Evangeline didn’t count on choices this hard—or temptation this hot.

It’s late when I get home, but since it’s August, the sun hasn’t completely set yet. Orange and yellow lights filter down through the huge leaves in the front yard. For once, the small parking lot to the right of the building is filled. All six spots taken.

Looks like someone finally rented the last apartment available. It just so happens to be the one across from mine.

My apartment is one of six in a huge mansion built in the early 1900s that was recently converted. It’s quiet. Peaceful. People are friendly but aren’t all up in your business.

All in all, it’s the perfect place. Though this neighborhood doesn’t hold the best memories for me. I’d gotten into a lot of fights. Fights with other kids and the man who couldn’t keep his hands off my mom.

I think that’s why I had to come back—to face my demons. To show the people who do remember my family and me that I’ve done something with my life. That I am one of the good guys now, that I’ve stopped fighting to stay alive to be a man who fights against crime. Like a superhero. Only without the cool costume or billions in the bank.

Two out of three isn’t bad.

Just as I step onto the brick path that leads to the side entrance, I get a glimpse of a woman with light brown hair. She’s attempting to balance moving boxes while unlocking the door.

For no logical reason, my heart speeds up. I jog over to her while calling out, “Hey there. Need some help?”

“Gosh, yes,” she says with a laugh that makes my groin tight. Now this in an improvement. I can’t see her face, but if that laugh is enough to make me stand up and take notice . . . my imagination runs wild. Maybe I don’t have to get her out of my head after all.

“Nice to meet you. I’m Evangeline,” she says, turning to face me. Her body freezes—only for a moment or two—but it’s long enough for me to notice.

Besides, I’d recognize those gorgeous blue-green eyes anywhere. “I know who you are.”

“You do?” She scrunches her brow as if she’s deep in thought. “I’m sorry that I can’t say the same.”

“Maybe I’m mistaken.” Maybe the pope will get married tomorrow. Taking the boxes, I wait for her to open the door.

Another peal of laughter has me rock hard in two seconds flat after it leaves her mouth. “I have one of those faces. Last week, at the grocery store, someone mistook me for Scarlett Johansson. She’s filming a movie here, so . . .”

The only thing the woman in front of me has in common with Scarlett Johansson is the fact that they are both female. I don’t know why she’s pretending like she doesn’t know me, but what I do know . . . She’s a damn liar.

“What a coincidence, someone mistook me for her, too,” I reply drily.

She blinks up at me, her mouth twitching at the corners, but she doesn’t laugh again. I know it’s because she sees the serious look on my face.

“You’re not that pretty,” she says, giving me a whole other side to her. One I like.

“Most women think I am,” I disagree. What the hell has just left my mouth?

Walking in front of me, she leads the way to her apartment. “Good for them. You, too.”

As she begins to ascend the stairs, my gaze goes right to her ass. The faded denim cups her just right as it stretches with her movements.

“Lived here long?” I ask, trying to keep my thoughts aboveboard, or above her plump ass anyway.

That’s all she says until we arrive at her apartment. If I weren’t carrying these boxes, I have no doubt she would have run from me by now.

She stops in front of a blue door and unlocks it, before turning to me. “I can take it from here.”

“I’m happy to help you. It’s in my job description.”

Her lips part, and the urge to kiss her rides me hard. She’s so damn pretty. So delicate. What man in his right mind would ever try to harm someone so much smaller than himself?

A man like your father, that’s who, I remind myself.

“You’re the onsite manager?” she asks with false cheerfulness. “How nice.”

“Nope,” I reply, hoping that my answer grates on her nerves as much as hers did mine. “Not the manager.”

“Okay, then.” She nods, opening the door and taking the boxes from me. “Thanks again. Maybe I’ll see you around.”

“Count on it,” I say with a grin, and walk to the door directly across from hers.

“Dream on,” she mutters loud enough for me to hear.

Oh baby, I don’t have to dream.

“What are you doing?” she practically screeches.

“Going home.” Glancing over my shoulder at her, I unlock my door. “That’s what I do each day after work.”

Turning around, I cross my arms over my chest. “But I can.”

“No.” She shakes her head, her chin becoming mutinous. “I refuse to—” She smashes her lips together and whirls around, slamming the door behind her.

“Nice talking to you,” I say, loud enough to reach her ears. I know she won’t answer me, but I can’t help but push her. I want her to open the door and acknowledge me. To tell the truth, actually, and admit she knows exactly who I am.

That I’m the guy who helped save her life. 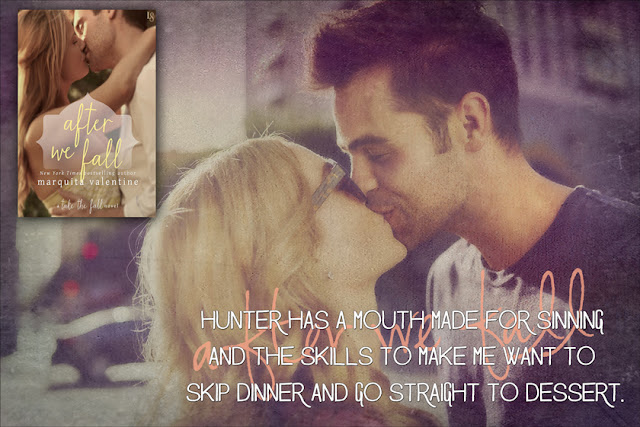 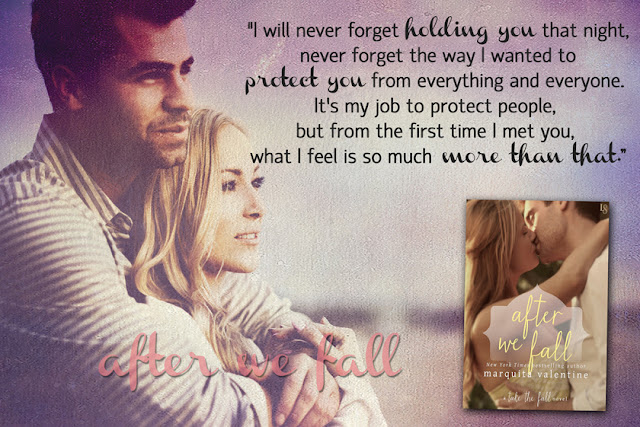 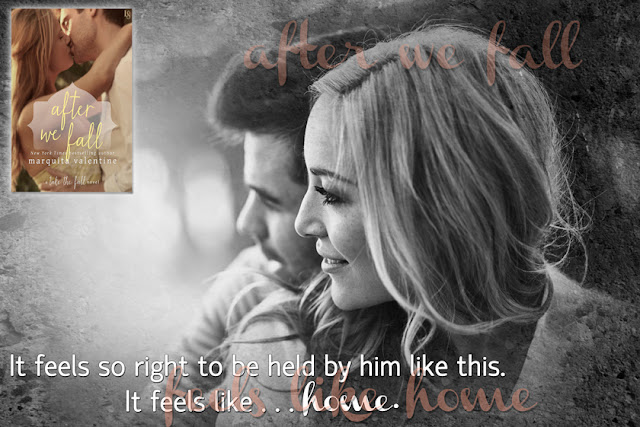 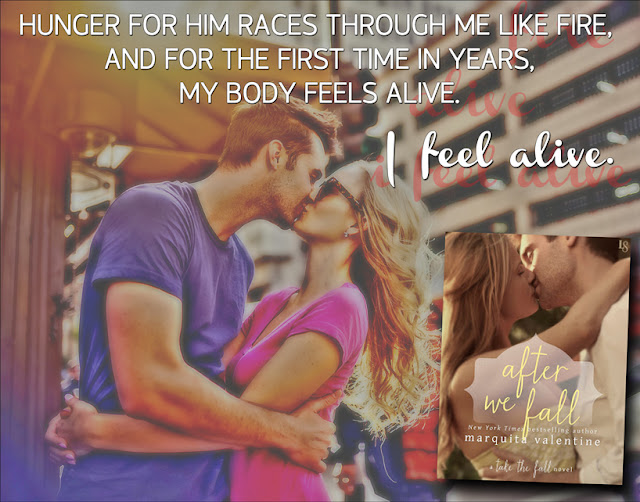 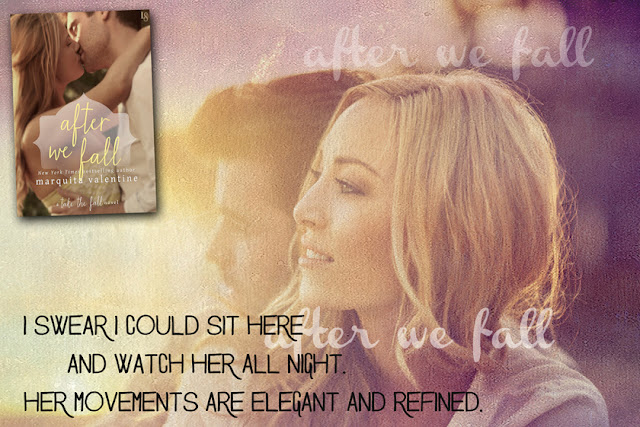 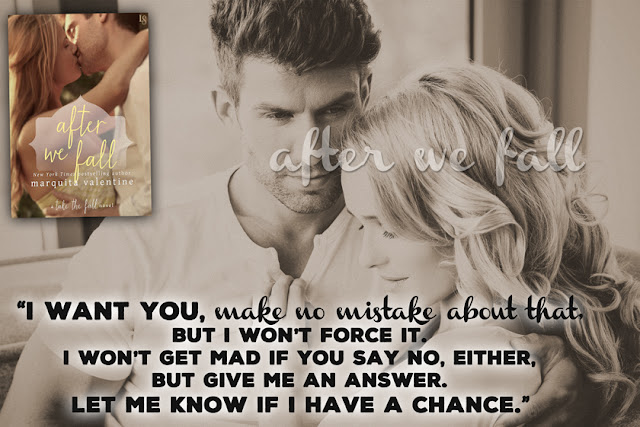 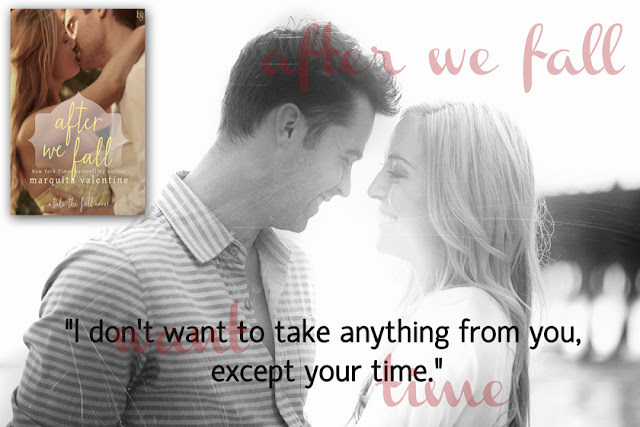 Marquita Valentine is the New York Times and USA Today Bestselling Author of the Holland Springs and Boys of the South series.

Since first taking the plunge in July of 2012 to self publish, Marquita Valentine has sold over a quarter of a million books around the world. She's appeared on the Top 100 Bestselling Ebooks Lists on iBooks, Amazon Kindle, and Barnes&Noble. She's been called "one of the best new voices in romance" (Guilty Pleasures Book Reviews) and her books have been accused of being "a sexy, fun, and slightly addicting contemporary read" (The Book Queen).

When she's not writing sexy heroes who adore their sassy heroines, she enjoys shopping, reading, and spending time with her family and friends. Married to her high school sweetheart, Marquita lives in a seriously small town in the south with her husband, two kids, and a dog.