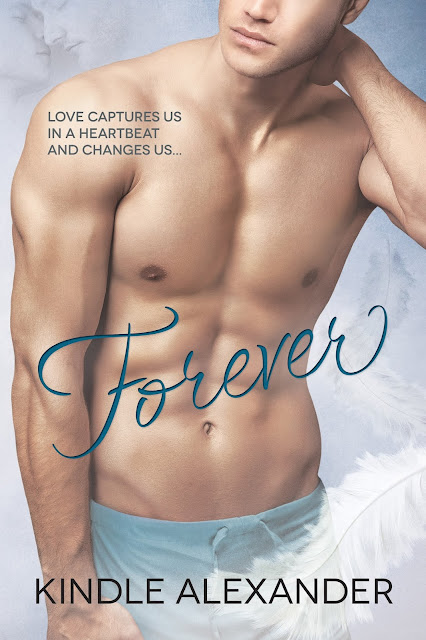 Dr. Robert Adams grew up with more advantages than most—the son of a former vice president, he had two loving fathers, a twin sister he adores and wonderfully doting grandparents. Life is good until one afternoon when his dreams flat-line. And no scalpel can repair the guilt and grief he carries with him for the first time in his life.

For Tech Sergeant Landon Russo, determination isn’t just a word, it’s a way of life. Joining the US Air Force allows him to prove his worth, and he takes the values of integrity, service and excellence to heart in every decision he makes. Until on one fateful night, in celebration of a much-deserved promotion, a simple misstep sends his life flying into a tailspin.

As both men fight to regain control of their lives, they’ll soon discover fate rules. Will they ignore the signs and risk everything or will they take a chance and trust they're destined to be together...forever?

Again, Kindle Alexander takes us on a heartfelt journey between two men that share a soul deep connection that one could only wish to have.  ~ SIKReviews

Forever is a scorching mm story that gave me all the feels and let me fall in love with the characters. ~Konny Doerbeck, KDRBCK News and Releases

FOREVER is a journey of acceptance, understanding, romance and passion. It is also one of love, a love that will remain Always and Forever. Breathtaking and beautiful ... Robert and Landon are everything. ~ Ria - Reading Is Our Satisfaction 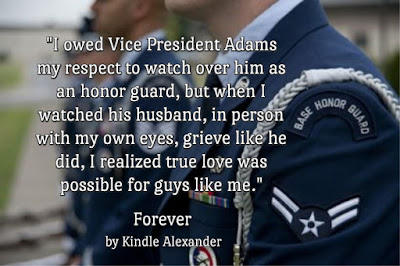 I’m going to admit—I was never able to pluck up the courage to read Always because I knew from everyone else who had read it that it was going to be an emotionally wrenching story needing many tissues.  When I found out about Forever, I figured I’d gather that courage and read them both…but kept putting it off until I just decided to read Forever on its own and keep waiting for the right frame of mind to go back and pick up Always.  The good part?  Forever can be read as a standalone without losing any of its own emotional punch.  The bad part?  I still need to go find my courage for Always—and Forever still dragged some tears out of me anyway.

I loved how organically Robert and Landon’s relationship evolved.  Some people meet and just click with each other from the very start, and while sometimes that can seem like insta-love, the way their story is written that is absolutely not the case for them.  They were just comfortable together at the outset, and even after they parted for a while after the first bit of time in which they became friends, when they’re next with each other they pick up right where they left off…but as SO much more.

The intensity of their connection is incredible; it virtually leaps off the pages at you.  It’s evident in every aspect of their relationship, the very epitome of “two halves make a whole”.  Even with Landon continually trying to keep the notion in his head that eventually Robert will realize he should want more and leave, both of their words and actions just keep negating that sentiment as they become more deeply entwined with each other.  The angst level is barely there, and only existed at all because of Landon’s notions—which Robert constantly bulldozes right through.

“Meant to be”, “matching set”, “interlocking puzzle pieces”…pick your platitude, and just sit back and just bask in the love story of these two.  For me, the story did feel just a bit too drawn out and that’s the only thing that brought me to rate this as 4.5 stars instead of 5.  No matter how sweet they were together, this book is exactly what I needed.  Robert and Landon are also crazy intense when they come together physically, so the sexual content plus the adult language mean Forever is meant for readers 18+. 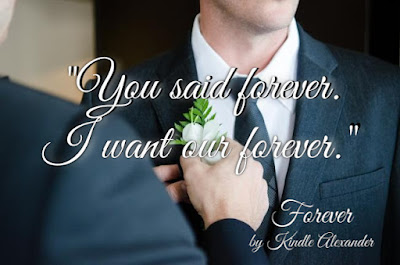 Best Selling Author Kindle Alexander is an innovative writer, and a genre-crosser who writes classic fantasy, romance, suspense, and erotica in both the male/male and male/female genres. It's always a surprise to see what's coming next!
I live in the suburbs of Dallas where it's true, the only thing bigger than an over active imagination, may be women's hair!
Usually, I try for funny. Humor is a major part of my life - I love to laugh, and it seems to be the thing I do in most situations - regardless of the situation, but jokes are a tricky deal... I don't want to offend anyone and jokes tend to offend. So instead I'm going to tell you about Kindle.
I tragically lost my sixteen year old daughter to a drunk driver. She had just been at home, it was early in the night and I heard the accident happen. I'll never forget that moment. The sirens were immediate and something inside me just knew. I left my house, drove straight to the accident on nothing more than instinct. I got to be there when my little girl died - weirdly, I consider that a true gift from above. She didn't have to be alone.
That time in my life was terrible. It's everything you think it would be times about a billion. I love that kid. I loved being her mother and I loved watching her grow into this incredibly beautiful person, both inside and out. She was such a gift to me. To have it all ripped away so suddenly broke me.
Her name was Kindle. Honest to goodness - it was her name and she died a few weeks before Amazon released their brand new Kindle ereader. She had no idea it was coming out and she would have finally gotten her name on something! Try finding a ruler with the name Kindle on it.. It never happened.
Through the course of that crippling event I was lucky enough to begin to write with a dear friend in the fan fiction world of Facebook. She got me through those dark days with her unwavering support and friendship. There wasn't a time she wasn't there for me. Sometimes together and sometimes by myself, we built a world where Kindle lives and stands for peace, love and harmony. It's its own kind of support group. I know without question I wouldn't be here today without her.
Find out more by visiting www.kindlealexander.com or email me at kindle@kindlealexander.com 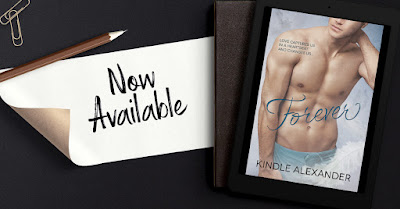